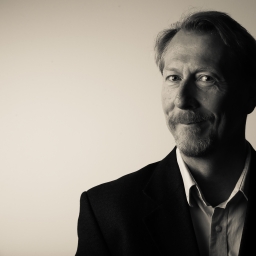 Chris Hammer was a journalist for more than thirty years, dividing his career between covering Australian federal politics and international affairs. For many years he was a roving foreign correspondent for SBS TV's flagship current affairs program Dateline. He has reported from more than thirty countries on six continents.

Chris's non-fiction book, The River, published in 2010 to critical acclaim, was the recipient of the ACT Book of the Year Award and was shortlisted for the Walkley Book Award. Scrublands, his first novel, was published in 2018 and won the CWA John Creasey Debut Dagger Award, as well as being shortlisted for Best Debut Fiction at the Indie Book Awards, and Best General Fiction at the ABIA Awards. It has also been longlisted for the Ned Kelly Best Crime Novel of the Year. Scrublands was optioned for television by Easy Tiger (a FremantleMedia company).

Chris has a bachelor's degree in journalism from Charles Sturt University and a master's degree in international relations from the Australian National University. He lives in Canberra with his wife, Dr Tomoko Akami. The couple have two children.

A fierce and fiery beast of a crime novel, definitely one to add to the top of your reading lists. A crucified opal miner brings investigators Ivan Lucic and Nell Buchanan to outback town Finnigans Gap in Australia. I have absolutely loved the Martin Scarsden Thriller series, believe me when I say they are fabulous. Opal Country, I think, is Chris Hammer’s best yet, it’s linked to the series, yet highlights detective Ivan Lucic rather than Scarsden who is only mentioned in passing. Although this book can easily be read as a standalone, I would still recommend starting with award-winning Scrublands and working your way through, as you really don’t want to miss out. Chris Hammer has the ability to paint the most vividly vibrant picture while delving into the inner workings of his characters. The location is in essence a character, and a starring one at that. Every aspect is felt, I soaked up the smallest details as they steered me towards the difficulties of living in a ferocious land that can easily destroy the unaware. There is beauty to be found too, an admiration that encourages you to look beyond the obvious. Ivan and Nell make an interesting pairing, and I hope we see more of them. The plot circles and twists, allowing connections to form, and pieces to slide into place. With dynamic strength and a sharp edge Opal Country hammers home to become a LoveReading Star Book and Liz Pick of the Month. Highly recommended.

A smart, fast-moving, and riveting crime thriller, make sure you set aside plenty of reading time as I didn’t want to put Trust down. Martin races to help girlfriend Mandy after checking his voicemail and hearing her scream before the call cuts off. Trust is the third in the Martin Scarsden series, the first and Chris Hammer’s debut Scrublands won the Crime Writers’ Association John Creasy New Blood Dagger in 2019. So far, each book has seen a different setting, starting in the Australian interior followed by a small coastal town with Silver, and now we enter Sydney. While a couple of previous characters crop up, Martin and Mandy are the main draw. You could potentially head straight into this and read it successfully as a standalone but for the best experience I really do recommend that you start with Scrublands. I feel as though a lot of unanswered questions from Martin and Mandy’s past are thoroughly and successfully covered here. The author’s background as a journalist can be felt as the corruption of power and privilege is examined in the most punchy way. This is a series you can really get your teeth into, intelligent and challenging, yet as readable as can be, I really do hope there is more to come. Trust is a fabulously suspense filled, powerful and pacy read that we just had to include as a LoveReading Star Book.

A cracking and class-act of a crime novel stuffed full of atmosphere and detail which skilfully sits alongside a truckload of tension. Journalist Martin Scarsden plans on a new start in Port Silver, Australia. On arrival he finds his childhood friend murdered, and his partner is number one suspect. While this could be read as a standalone novel, I recommend starting with Scrublands, Chris Hammer’s debut novel which won The Crime Writers’ Association John Creasy New Blood Award in 2019. The author has been a journalist for over 25 years and I feel his knowledge is anchored in this tale. This is a satisfyingly long read which sets a quite wonderful scene before the story really takes off. Australia sings and Port Silver becomes a known town, with a map planting the locations firmly in mind. I sank in and only came up for air a couple of times. I feel this a beautifully balanced novel, the storyline, setting, characters, and potential for the next book all smoothly combining into one effortlessly compelling read. Silver just has to be included as a LoveReading Star Book, it is a vibrant, sweeping, fabulous read.

An award winning debut and start to a fabulous new crime series. Scrublands won the John Creasy New Blood Dagger in 2019 and was described by The Crime Writers’ Association as “a heatwave of a novel, scorching and powerful with an acute sense of place.” Set in Australia with a journalist in the starring role, this is a series that promises much. Books in the Martin Scarsden Series: 1. Scrublands 2. Silver 3. Trust 4. Opal Country Serial Reader? Check out our 'Fall in Love With a Book Series' collection to find amazing book series to dive in to.

Other books by Chris Hammer

**THE TIMES CRIME BOOK OF THE MONTH** In the outback, nothing stays buried forever... 'Classic Hammer. A crime novel that will stay with me for a long time.' Ann Cleeves 'This novel is Hammer's best work yet.' The Times 'A complex, twisty thriller, with nuanced characters and a winding plot all set in the oppressive Australian heat.' Lisa Hall 'This slice of Australian noir sparkles like an opal in the blistering sun.' Lisa Gray 'Opal Country is a top-notch Aussie Noir with real heat coming off the pages.' Christopher Fowler Opals... In the desolate outback town of Finnigans Gap, police struggle to maintain law and order. Thieves pillage opal mines, religious fanatics recruit vulnerable youngsters and billionaires do as they please. Bodies... Then an opal miner is found crucified and left to rot down his mine. Nothing about the miner's death is straight-forward, not even who found the body. Homicide detective Ivan Lucic is sent to investigate, assisted by inexperienced young investigator Nell Buchanan. But Finnigans Gap has already ended one police career and damaged others, and soon both officers face damning allegations and internal investigations. Have Ivan and Nell been set up, and if so, by whom? Secrets... As time runs out, their only chance at redemption is to find the killer. But the more they uncover, the more harrowing the mystery becomes, and a past long forgotten is thrown into scorching sunlight. Because in Finnigans Gap, nothing stays buried for ever. Praise for Chris Hammer: 'Hammer is a great writer - a leader in Australian noir' Michael Connelly 'Shimmers . . . A tortured tale of blood and loss' Val McDermid 'Stunning - a page-turner which stays long in the memory' Sunday Times