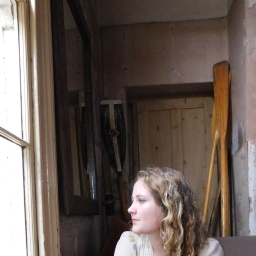 Daisy Johnson was born in 1990 and currently lives in Oxford. Her short fiction has appeared in The Boston Review and The Warwick Review, among others. In 2014, she was the recipient of the 2014 AM Heath prize.

Longlisted for the Desmond Elliott Prize 2019 SHORTLISTED FOR THE MAN BOOKER PRIZE 2018 It's been sixteen years since Gretel last saw her mother, half a lifetime to forget her childhood on the canals. But a phone call will soon reunite them, and bring those wild years flooding back: the secret language that Gretel and her mother invented; the strange boy, Marcus, living on the boat that final winter; the creature said to be underwater, swimming ever closer. In the end there will be nothing for Gretel to do but to wade deeper into their past, where family secrets and aged prophesies will all come tragically alive again.

Longlisted for the Desmond Elliott Prize 2019 LONGLISTED FOR THE MAN BOOKER PRIZE 2018 Words are important to Gretel, always have been. As a child, she lived on a canal boat with her mother, and together they invented a language that was just their own. She hasn't seen her mother since the age of sixteen, though - almost a lifetime ago - and those memories have faded. Now Gretel works as a lexicographer, updating dictionary entries, which suits her solitary nature. A phone call from the hospital interrupts Gretel's isolation and throws up questions from long ago. She begins to remember the private vocabulary of her childhood. She remembers other things, too: the wild years spent on the river; the strange, lonely boy who came to stay on the boat one winter; and the creature in the water - a canal thief? - swimming upstream, getting ever closer. In the end there will be nothing for Gretel to do but go back. Daisy Johnson's debut novel turns classical myth on its head and takes readers to a modern-day England unfamiliar to most. As daring as it is moving, Everything Under is a story of family and identity, of fate, language, love and belonging that leaves you unsettled and unstrung.

Daisy Johnson's Fen is a liminal land. Real people live their lives here. They wrestle with familiar instincts, with sex and desire, with everyday routine. But the wild is always close at hand, ready to erupt. This is a place where animals and people commingle and fuse, where curious metamorphoses take place, where myth and dark magic still linger. So here a teenager may starve herself into the shape of an eel. A house might fall in love with a girl. A woman might give birth to a - well what?

Other books by Daisy Johnson

'Engaging, modern fables with a feminist tang' Sunday Times DARK, POTENT AND UNCANNY, HAG BURSTS WITH THE UNTOLD STORIES OF OUR ISLES, CAPTURED IN VOICES AS VARIED AS THEY ARE VIVID. Here are sisters fighting for the love of the same woman, a pregnant archaeologist unearthing impossible bones and lost children following you home. A panther runs through the forests of England and pixies prey upon violent men. From the islands of Scotland to the coast of Cornwall, the mountains of Galway to the depths of the Fens, these forgotten folktales howl, cackle and sing their way into the 21st century, wildly reimagined by some of the most exciting women writing in Britain and Ireland today. 'A thoroughly original package that has a hint of Angela Carter' The Times 'Sharp writing and cleverly done' Spectator

'Daisy Johnson is the demon offspring of Shirley Jackson and Stephen King' Observer 'A gothic masterpiece. You can't stop reading' iNEWS Something unspeakable has happened to sisters July and September. Desperate for a fresh start, their mother Sheela moves them across the country to an old family house that has a troubled life of its own. Noises come from behind the walls. Lights flicker of their own accord. Sleep feels impossible, dreams are endless. In their new, unsettling surroundings, July finds that the fierce bond she's always had with September - forged with a blood promise when they were children - is beginning to change in ways she cannot understand. Taut, transfixing and profoundly moving, Sisters explodes with the fury and joy of adolescence. It is a story of sibling love and sibling envy that fans of Shirley Jackson and Stephen King will devour. 'Daisy Johnson is one of the best writers in this country ... an astonishing stylist. Sisters is a thumping good book, haunting, visceral and potent.' Max Porter, author of Grief is the Thing with Feathers 'A haunting, emotionally acute novel with a terrific twist.' Daily Mail, Christmas Fiction Picks

The electrifying new novel from the Man Booker-shortlisted author of Everything Under After a serious case of school bullying becomes too much to bear, sisters July and September move across the country with their mother to a long-abandoned family home. In their new and unsettling surroundings, July finds that the deep bond she has always had with September - a closeness that not even their mother is allowed to penetrate - is starting to change in ways she cannot entirely understand. Inside the house the tension among the three women builds, while outside the sisters meet a boy who tests the limits of their shared experiences. With its roots in psychological horror, Sisters is a taut, powerful and deeply moving account of sibling love that cements Daisy Johnson's place as one of the most inventive and exciting young writers at work today.

Revisit the haunting debut short story collection from the Booker-shortlisted author of Everything Under. 'Full of unabashedly, refreshingly angry women... In a year that made me furious, Daisy Johnson's Fen was a howl I didn't know I needed' Celeste Ng The Fen is a liminal land. Real people live their lives here. They wrestle with sex and desire, with everyday routine. But the wild is always close at hand, ready to erupt. This is a place where animals and people commingle and fuse, where curious metamorphoses take place, where myth and dark magic still linger. So here a teenager may starve herself into the shape of an eel. A house might fall in love with a girl. A woman might give birth to a, well, what? 'Instant classic...a bold, take-no-prisoners collection situated somewhere between Angela Carter and Deborah Levy' Jeff VanderMeer