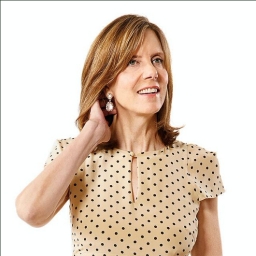 Catie Marron is the creator and editor of two anthologies published by HarperCollins which explore the value and significance of urban public spaces: City Squares, Eighteen Writers on the Spirit and Significance of Squares Around the World (2016), and City Parks: Public Places, Private Thoughts (2013). She is currently working on a third book for HarperCollins, which centers on how gardens and the process of their creation enrich lives. Marron’s career has encompassed investment banking, magazine journalism, public service, and book publishing. She is currently a trustee and Chair Emeritus of The New York Public Library, where she was Chairman of the Board from 2004 to 2011. Marron is also a trustee of Friends of the High Line, where she was also Board Chair, and a trustee of The Metropolitan Museum of Art and the Doris Duke Charitable Foundation. Marron began her first career in investment banking at Morgan Stanley and then at Lehman Brothers. She then became Senior Features Editor at Vogue, where she has been a contributing editor for twenty years. While writing her books, Marron launched Good Companies, a curated, online guide to companies that strive to do good while also making a profit. This venture was shaped in part by the success of Treasure & Bond, a pop-up store that she co-founded with Nordstrom and Anna Wintour in 2011. All of the store’s profits went to charities benefiting NYC children.

Over half of the world's citizens now live in cities, and this number is rapidly growing. At the heart of these municipalities is the square-the defining urban public space since the dawn of democracy in Ancient Greece. Each square stands for a larger theme in history: cultural, geopolitical, anthropological, or architectural, and each of the eighteen luminary writers has contributed his or her own innate talent, prodigious research, and local knowledge. Divided into three parts: Culture, Geopolitics, History, headlined by Michael Kimmelman, David Remnick, and George Packer, this significant anthology shows the city square in new light. Jehane Noujaim, award-winning filmmaker, takes the reader through her return to Tahrir Square during the 2011 protest; Rory Stewart, diplomat and author, chronicles a square in Kabul which has come and gone several times over five centuries; Ari Shavit describes the dramatic changes of central Tel Aviv's Rabin Square; Rick Stengel, editor, author, and journalist, recounts the power of Mandela's choice of the Grand Parade, Cape Town, a huge market square to speak to the world right after his release from twenty-seven years in prison; while award-winning journalist Gillian Tett explores the concept of the virtual square in the age of social media. This collection is an important lesson in history, a portrait of the world we live in today, as well as an exercise in thinking about the future. Evocative and compelling, City Squares will change the way you walk through a city. Contributors include: David Adjaye on Jemma e-Fnna, Marrakech * Anne Applebaum on Red Square, Moscow and Grand Market Square, Krakow * Chrystia Freeland on Euromaiden, Kiev * Adam Gopnik on Place des Vosges, Paris * Alma Guillermoprieto on Zocalo, Mexico City * Jehane Noujaim on Tahrir Square, Cairo * Evan Osnos on Tiananmen Square, Beijing * Andrew Roberts on Residential Squares, London * Elif Shafak on Taksim Square, Istanbul * Rebecca Skloot on American Town Squares * Ari Shavit on Rabin Square, Tel Aviv * Zadie Smith on the grand piazzas of Rome and Venice * Richard Stengel on Market Square, Grand Parade, Cape Town * Rory Stewart on Murad Khane, Kabul * Plus contributions by Gillian Tett, George Packer, David Remnick, and Michael Kimmelman; illustrations and photographs from renowned photographers, including: Thomas Struth, Philip Lorca di Corcia, and Josef Koudelka

Catie Marron’s City Parks captures the spirit and beauty of eighteen of the world’s most-loved city parks. Zadie Smith, Ian Frazier, Candice Bergen, Colm Tóibín, Nicole Krauss, Jan Morris, and a dozen other remarkable contributors reflect on a particular park that holds special meaning for them. Andrew Sean Greer eloquently paints a portrait of first love in the Presidio; André Aciman muses on time’s fleeting nature and the changing face of New York viewed from the High Line; Pico Iyer explores hidden places and privacy in Kyoto; Jonathan Alter takes readers from the 1968 race riots to Obama’s 2008 victory speech in Chicago’s Grant Park; Simon Winchester invites us along on his adventures in the Maidan; and Bill Clinton writes of his affection for Dumbarton Oaks. Oberto Gili’s color and black-and-white photographs unify the writers’ unique and personal voices. Taken around the world over the course of a year, in every season, his pictures capture the inherent mood of each place. Fusing images and text, City Parks is an extraordinary and unique project: through personal reflection and intimate detail it taps into collective memory and our sense of time’s passage.