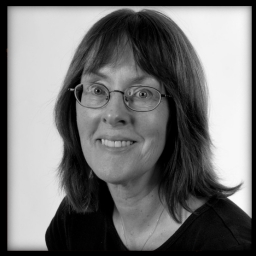 What an absolutely chilling and incredibly gripping tale this is! When Freya’s husband dies, her neighbour Mark begins to plot and plan his way into her life. The first chapter pulled me up short, it had so much power, the words in themselves so quiet, yet they hurled a storm of awareness at me. Focusing on either Freya or Mark the penetrating storyline had the ability to both draw me in and cause consternation. Stevie Davies has a beautifully twisted pen, her writing really spoke to me. The little things matter, they build to create the most unnerving picture of obsession and I almost wanted to read while hiding behind a cushion. Yet this isn’t an obvious in-your-face fright-fest, it is a thoughtfully observed piece with fully formed characters. Sliding its way rather stealthily into thoughts, The Party Wall is an intense, stimulating read. I didn’t want to put it down, and have chosen this novel as one of my Liz Picks of the Month.

Longlisted for the Orange Prize and well worth a read. A tale of blissed-out hippy 1960s Utopia turned on its head.

Other books by Stevie Davies

The Web of Belonging

Jess has lived peaceably in Shrewsbury with her husband Jacob for many years. He is solid, dependable, beautiful to her. She is contented to be his wife, to look after his elderly mother, aunt and cousin, to be a pillar of their family and community. Then, suddenly, everything changes. Now Jess must question the entire basis on which she has lived so many years of her life. Must discover whether the identity she has created has really been so valuable to herself and to those around her, and whether there is a different - angry, passionate, fulfillable - Jess waiting to get out.

The Element of Water

It is 1958: Isolde Dahl is a young teacher who goes to work in a British school on the shores of Lake Ploen in north-west Germany. She is returning to a country she fled as a child refugee with her mother, Renate. Her father has disappeared into the chaos of a continent ravaged by war. Isolde has grown up in a Wales both strange and familiar. 1945, Lake Ploen. Michael Quantz is an officer in what is left of a shattered German military command as they stage a last chaotic stand before the Allied armies in the final days of the World War II. Everyone has secrets. Michael wants to survive: his wife and son may still be alive. He will hide, change, become a teacher of music. As Isolde and Michael meet on the shores of a German lake, the choices they have made and the stories they have told will change their lives again.

Arrest Me for I Have Run Away

Sebastian has long been haunted by the disappearance of his father, Jack Messenger: celebrated travel writer, potential spy and murder victim, his absent presence and equivocal past continue to cast inescapable shadows over his son, who must also contend with his ageing mother's fragmented memory and his own dereliction of a partner. So who is the stranger that buttonholes Sebastian at an academic conference on the Welsh coast, and reveals lies and transgressions neither outgrown nor comprehended? How does he know Sebastian, and what are his connections to Jack Messenger? Equivocator, in a story that stretches from Egypt to Germany, from Iran's Zagros Mountains to the Gower coastline, is a study of fathers and sons, lovers and betrayers, loss and recovery, and combines dark fable, satire and a love story in its pursuit of the question: can Sebastian find his own salvation, despite the inheritance from his father?

Wiltshire 1860: One year after Darwin's explosive publication of The Origin of Species, sisters Anna and Beatrice Pentecost awaken to a world shattered by science, radicalism and the stirrings of feminist rebellion; a world of charismatic religious movements, Spiritualist seances, bitter loss and medical trauma. Fetishist of working women Arthur Munby, irascible antiquary General Pitt Rivers, feminist Barbara Bodichon and other historical figures of the Victorian epoch wander through the backdrop of the novel, as Anna's anomalous love for Lore Ritter and her friendship with freethinking and ambitious Miriam Sala carry her into areas of uncharted desire - while Beatrice, forced to choose between her beloved Will Anwyl and the evangelist Christian Ritter, who marked her out as a wife when she was only a child, is pulled between passion and duty. Each is riven by inner contradictions, but who will survive when the sisters fall into a fatal conflict with one another?

1949: Egypt's struggle against its British occupiers moves towards crisis; Israel declares its statehood, driving out the Arabs; Joe Roberts, an RAF sergeant, his wife Ailsa and daughter, Nia, leave Wales for Egypt. Into Suez is a compelling human and political drama, set in the postwar period when Britain, the bankrupt victor of the Second World War, attempted to assert itself as an Imperial power in a world wholly altered. The novel is set in the run-up to the Suez Crisis, a template for future invasions (Iraq and Afghanistan being the most recent). In this moving story, Joe's tragedy is that of an ordinary working man of his generation: he's a lovely, humorous, emotional man in whom the common ration of racism and misogyny becomes a painful sickness. Ailsa, intelligent, curious and craving to explore the realities of the Egypt she enters, meets on the voyage out Mona, a Palestinian woman who excites in her yearning for a world beyond her horizons. When Joe's closest friend is murdered by Egyptian terrorists, their relationship spirals towards tragedy. Through it all, love remains. Looking back in old age, their daughter Nia follows in their wake to sail the Suez Canal with the aged Mona. Nia has been told her father was a war hero: now she will face a more painful truth.

This lucid and perceptive study subjects the Emily Bronte myth to radical scrutiny, questioning the validity of memorabilia and eye-witness accounts. Contrasting her art with the daguerreotype realism coming into vogue in the 1840's, Stevie Davies reads Emily Bronte's life in terms of her own image of landmarks buried or half-buried beneath drifting snow which disguises or betrays underlying realities. A radical reading of Wuthering Heights explores it as a poet's and musician's novel, which can be 'scored' as in opera or the piano transcriptions of symphonies, which Emily Bronte possessed and played. Close study of her sheet music; her germinal Brussels essays; books and journals in her possession; and translations into European languages will demonstrate the phenomenal intellectual range, originality and acuity of an author who can be regarded as a European.

Arms and the Girl