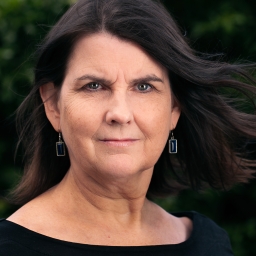 Whoopee, isn’t this just the bee’s knees of a murder mystery! I’ll stop with the 1920’s slang now, but seriously, this really does rather beautifully conjure up the years after World War One. Sleuth and reporter Poppy investigates the death of a female scientist in Oxford. I have just adored every one of the Poppy Denby Investigates series which began with the Crime Writers’ Association Endeavour Historical Dagger Award shortlisted The Jazz Files, a wonderful historical mystery that I described as: “supplying oodles of 1920’s fizz and fun alongside a firm foundation from the suffragette movement and scars of the First World War”. These books could be classed as cosy as well as historical crime, but I’d say the cosy comes with a good twist of provocative nudges and digs. The Crystal Crypt is the sixth to feature Poppy, is it the last? Potentially, as a few of the loose ends from the series are rather nicely tied up. Poppy really does know her onions (sorry, sorry, definitely no more 1920’s sayings from me), she’s likeable, bright, and forward-thinking. The surrounding characters are fabulous too, though a favourite of mine has to be the wonderfully witty Rollo Rolandson. Fiona Veitch Smith encourages the plot to sing, while allowing the reader to investigate not only the crime, but also the social and political issues of the time. The Crystal Crypt is a wonderfully entertaining, vivid, yet thoughtful historical murder mystery that I can most definitely recommend.

A wonderfully atmospheric and engaging murder mystery set in the 1920’s, featuring a charismatic amateur sleuth. ‘The Art Fiasco’ is the latest in the Poppy Denby Investigates Series, which we included in our Book Series collection. Do start with The Jazz Files, it was shortlisted for the Crime Writers’ Association Historical Dagger Award, and this is a series that deserves to be savoured in order. Sitting three years after The Cairo Brief in 1924, Poppy visits Northumberland to celebrate her father’s birthday and finds herself embroiled in an investigation. Fiona Veitch Smith does a wonderful job of balancing cosy and charming with murder and mayhem. Behind the glitter and glitz the author examines class and child exploitation with care and consideration. The differing age groups work wonderfully together, and I just adore Aunt Dot. Poppy shines with vivacity, a romance hovers, while darkness threatens to overwhelm. The Art Fiasco really is a gloriously readable slice of historical crime fiction.

An entirely charming, fascinating murder mystery set in the Golden Age Twenties. The Cairo Brief is the fourth in the simply fabulous 'Poppy Denby Investigates’ series. Poppy is invited to attend a country house for the auction of an Egyptian mask… murder, curses and general skulduggery await her keen investigative skills. While this could potentially be read as a standalone, I do recommend starting at the beginning of the series with the wonderful The Jazz Files which was shortlisted for the Crime Writers Association Endeavour Historical Dagger Award. Fictional characters mingle quite beautifully with historical figures such as Sir Arthur Conan Doyle, Howard Carter and Emmeline Pankhurst. I adore Poppy, she’s intelligent, progressive, and knows her own mind. Fiona Veitch Smith’s descriptive detailing is just gorgeous, the dresses sparkle, the cars zip (or putter) along, and historical facts pepper and blend in with the storyline. Just perfect if you love to visit a bygone era, The Cairo Brief is a teasingly delicious and wonderfully readable mystery.

When London Daily Globe editor Rollo Rolandson has to return to New York for three months he takes his star reporter, Poppy Denby, with him. Poppy is very excited to be working on the world-famous New York Times and looks forward to immersing herself in the arts and entertainment of Manhattan. Instead, she is allocated The Death Beat - journalese for obituaries - and tied to her desk. But our intrepid young reporter has a nose for a story and when a European prince dies in a luxury penthouse apartment she starts to investigate. She follows a sordid trail involving illegal immigrants, forced labour, eugenics, and sexual scandals...and an unexpected ghost from her past. From the speakeasies of Greenwich Village to the sweat shops of the Garment District, Poppy Denby seeks justice for the victims of a shameful crime.

An atmospheric, lively romp through 1920 in this wonderfully blended mix of crime fiction and historical fact. Reporter Poppy, with her nose for intrigue and links to some fascinating people, finds herself in the midst of murder, mayhem and Faberge Eggs. This is the second in the ‘Poppy Denby Invesigates’ series and just pops with attitude now that Poppy has settled in after her exploits in ‘The Jazz Files’. The list of characters and historical characters, map, and explanation of white and red Russians sets the tale firmly in place. Poppy’s story in 1920’s London, is interspersed with intriguing glimpses back to Russia in 1917, slowly the important background information is revealed alongside the action of the moment. Fiona Veitch Smith admits she has diverted history, just a tad, to make the story flow, and this ensures the tension and energy is maintained throughout. ‘The Kill Fee’, full of the dastardly and dazzling just roars along, it is a thoroughly captivating and entertaining read. ~ Liz Robinson

An entertaining historical mystery supplying oodles of 1920’s fizz and fun, alongside a firm foundation from the suffragette movement and scars of the First World War. It’s the summer of 1920 and as Poppy arrives in London she discovers the enticing world of journalism and a mystery that has been desperately waiting to be solved since 1913. In the historical notes Fiona Veitch Smith reveals that she has played (just a little) with the timeline of the 20’s, however the vivacious story just zips along due to the excitement of the theatre and jazz clubs and menace of a dastardly foe. This is the first in the ‘Poppy Denby Investigates’ series and introduces the fast paced world of journalism with flair, making for an engaging read. ~ Liz Robinson   A 'Piece of Passion' from the Publisher... The Jazz Files is a gloriously fun read – it's fast-paced, clever, and extremely likeable. The first book in The Poppy Denby Investigates series, The Jazz Files introduces a host of brilliantly drawn characters who bring the roaring 20s to life. A book that will embroil you in the lives of the Suffragettes and draw you into an investigation full of intriguing twists and turns! ~ Jess Tinker, Editor, Lion Hudson Books in the Poppy Denby Investigates Series: 1. The Jazz Files 2. The Kill Fee  3. The Death Beat 4. The Cairo Brief 5. The Art Fiasco 6. The Crystal Crypt Serial Reader? Check out our 'Fall in Love With a Book Series' collection to find amazing book series to dive in to.