Kazuo Ishiguro was born in Nagasaki, Japan in 1954 and came to Britain at the age of five. He attended the University of Kent and studied English Literature and Philosophy, and later enrolled in an MA in Creative Writing at the University of East Anglia. He is the author of the novels A Pale View of Hills (winner of the Winifred Holtby Prize), An Artist of the Floating World (winner of the 1986 Whitbread Book of the Year Award, Premio Scanno, and shortlisted for the 1986 Booker Prize), The Remains of the Day (winner of the 1989 Booker Prize) and When We Were Orphans (shortlisted for the 2000 Booker Prize and Whitbread Novel of the Year).

Kazuo Ishiguro's books have been translated into twenty-eight languages. The Remains of the Day became an international bestseller, with over a million copies sold in the English language alone, and was adapted into an award-winning film starring Anthony Hopkins and Emma Thompson.

In 1995 Ishiguro received an OBE for Services to Literature, and in 1998 the French decoration of Chevalier de l'Ordre des Arts et des Lettres. He lives in London with his wife and daughter. 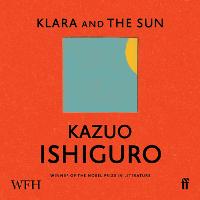 A Pale View of the Hills

When We Were Orphans

My Twentieth Century Evening and Other Small Breakthroughs

Artist of the Floating World

A Pale View of Hills

A Pale View of Hills

Remains of the Day

An Artist of the Floating World