Ann Kelley is a photographer and prize-winning poet who once nearly played cricket for Cornwall. She has previously published a collection of poems and photographs, a book of photos of St Ives families and an audio book of cat stories.

She lives with her second husband and several cats on the edge of a cliff in Cornwall where they have survived a flood, a landslip, a lightning strike and the roof blowing off. She runs courses for aspiring poets at her home, writing courses for medics and medical students, and speaks about her poetry therapy work with patients at medical conferences.

THE BOWER BIRD, like the first Gussie book, THE BURYING BEETLE, is written in the first person present tense – and is, in part, a stream of consciousness. Not a lot happens, but Gussie is sieving knowledge and ideas in her head and the reader gets to see how her mind works. Her life, although limited by her illness, is a full, exciting life, full of wonder and glee about everything she experiences.

From the author: "My son, Nathan died in 1985, aged 24, a week after a heart and lung transplant. He had a rare congenital heart defect – pulmonary atresia – the lack of a pulmonary artery.

A clever lad, a scientist, he knew he had a short time to live but he lived every day to the full in the only way he could – studying, learning and with humour.

He was a self-taught fish pathologist – an ichthyologist.

He actually discovered two cancers in fish when he was 16; they are registered in his name in the SMITHSONIAN INSTITUTE and he studied Pathobiology at Reading University and then Space Science at UCL, before he became too ill to continue.

Gussie isn’t my son. She is an amalgamation of several people – my daughter, my grand daughter, my son and me – and she is mostly herself, an odd, funny bookish child, eccentric and thoughtful – a one off, as Nathan was.

But she is also the embodiment of many children who bravely find a way to live through health and emotional problems.

My son knew that even with a successful transplant, in those days he would only have had a few more years. But he was so happy to have been given that chance.

I think that is why I write about Gussie – to make people see the importance of being an organ donor." 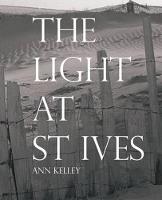 The Light at St Ives 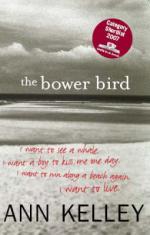