Part of the A Harry McCoy Thriller Series

Glasgow is a city in mourning. An arson attack on a hairdresser's has left five dead. Tempers are frayed and sentiments running high. When three youths are charged the city goes wild. A crowd gathers outside the courthouse but as the police drive the young men to prison, the van is rammed by a truck, and the men are grabbed and bundled into a car. The next day, the body of one of them is dumped in the city centre. A note has been sent to the newspaper: one down, two to go. Detective Harry McCoy has twenty-four hours to find the kidnapped boys before they all turn up dead, and it is going to mean taking down some of Glasgow's most powerful people to do it . . . 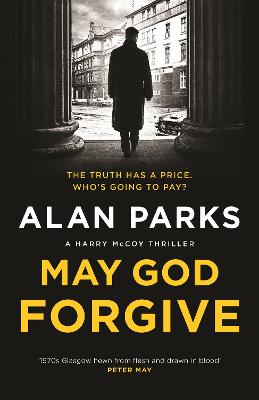 Alan Parks worked in the music industry for over twenty years before turning to crime writing. His debut novel Bloody January was shortlisted for the Grand Prix de Litterature Policiere, February's Son was nominated for an Edgar Award, Bobby March Will Live Forever was picked as a The Times Best Book of the Year and The April Dead was shortlisted for the McIlvanney Prize for Scottish Crime Book of the Year. He lives and works in Glasgow. May God Forgive is the fifth Harry McCoy thriller.

View All Books By Alan Parks