'A stalwart anti-racist and anti-apartheid campaigner.' Doreen (Baroness) Lawrence The powerful and timely story of Peter Hain's political life fighting South African apartheid and modern-day corruption. Peter Hain has had a dramatic 50-year political career, in Britain and his native South Africa. This is the story of that extraordinary journey, from Pretoria to the House of Lords. Hain vividly describes his anti-apartheid parents' arrest and harassment in the early 1960s, the hanging of a close white family friend, and enforced London exile in 1966. After organising militant anti-Springbok demonstrations he became 'Public Enemy Number One' in the South African media. Narrowly escaping jail for disrupting all-white South African sports tours, he was framed for bank robbery and nearly assassinated by a bomb. He used British parliamentary privilege to expose looting and money laundering in President Jacob Zuma's administration, informed by his government 'deep throat', and likely influenced Zuma's resignation. Hain ends by exhorting South Africa to reincarnate Nelson Mandela's vision and integrity for the future. 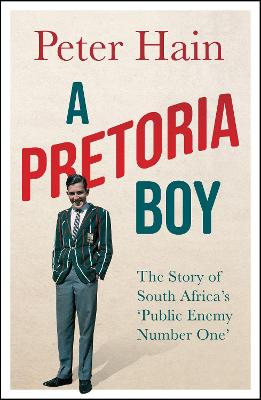 Peter Hain was brought up in South Africa. Forced into exile, he became a British anti-apartheid leader. Labour MP for Neath 1991-2015, he served in Tony Blair and Gordon Brown's governments for twelve years, seven of those in the Cabinet.