The Sea of Silence

Part of the The Nathan Peake Novels Series

The Sea of Silence Synopsis

This is the seventh novel in the Nathan Peake series of nautical historical fiction set during the wars with Revolutionary and Napoleonic France. The war moves to the Americas as Captain Nathan Peake, freed from service in the Royal Navy, is secretly commissioned by President Thomas Jefferson to command a naval operation in the Caribbean Sea and frustrate plans to establish a new French Empire on the North American mainland which would pose an existential threat to the infant United States.With Europe temporarily at peace, Napoleon Bonaparte has dispatched his victorious army with a vast fleet to the Caribbean. Its aim is to re-impose French authority in the region, and then occupy a vast swathe of territory stretching from New Orleans to the Canada border and westward from the Mississippi to the Rocky Mountains. But first they must re-conquer Saint-Domingue (now Haiti) where they are opposed by rebel slaves led by the African general Toussaint L'Ouverture. Nathan is sent from England with a small squadron crewed by British and American sailors tasked with disrupting French supply lines at sea and running guns to the rebel forces. But if they are caught they will be disowned by the British and US governments and very likely hanged by the French as pirates.This adventure will lead Nathan into a running battle with the French Navy in the troubled waters off Saint-Domingue, an increasingly desperate involvement in one of the most brutal colonial conflicts in history, a dangerous liaison with Pauline Bonaparte, sister of Napoleon and wife of the French commander, and a battle of ideas and ideologies that persists to the present-day. 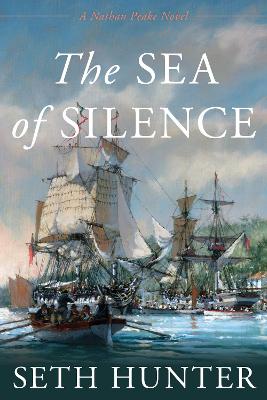