SHORTLISTED FOR THE TELEGRAPH SPORTS BIOGRAPHY OF THE YEAR AWARD 2019 *William Hill Sports Book of the Year award winning author* Monsieur X is a dazzling tale of glamour, riches, violence and ultimately tragedy. Patrice des Moutis was a handsome, charming and well-educated Frenchman with an aristocratic family, a respectable insurance business, and a warm welcome in the smartest Parisian salons. He was also a compulsive gambler and illegal bookie. Between the late 1950s and the early 1970s, Des Moutis made a daring attempt to beat the French state-run betting system. His success so alarmed the authorities that they repeatedly changed the rules of betting in an effort to stop him. And so a battle of wills began, all played out on the front pages of the daily newspapers as the general public willed Des Moutis on to ever greater triumphs. He remained one step ahead of the law until finally the government criminalised his activities, driving him into the arms of the underworld. Eventually the net began to close, high-profile characters found themselves the target of the state's investigation, and people began turning up dead.

Another serious contender for sports publishing's top award...the pace of a thriller and the style of a great biography. * The New European * A rivetingly good story, told with all the panache it deserves * John Preston, author of A Very English Scandal * A story that deserves to be told and in the hands of Reid, has a chronicler more than equal to the task. * Racing Post * I read it in two days. I thought it was superb. * Victor Chandler * I enjoyed reading Monsieur X; very amusing. * Lester Piggott * Gripping * The Spectator *

Jamie Reid is the author of the non-fiction books A Licence to Print Money, Blown and Doped, the winner of the 2013 William Hill Sports Book of the Year award. A life-long betting and racing enthusiast, he has been a regular contributor to the Financial Times supplement How To Spend It, and has also written for the Guardian and the Independent on Sunday, as well as a wide range of magazines. 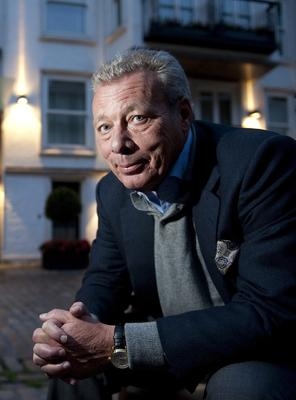