'Dark, sharp and compelling' PETER JAMES 'Fantastic' MARTINA COLE 'Britain's answer to Harry Bosch' MATT HILTON 'If you haven't read M W Craven yet, now is the time to start' Abir Mukherjee ______________________ It's Christmas and a serial killer is leaving displayed body parts all over Cumbria. A strange message is left at each scene: #BSC6 Called in to investigate, the National Crime Agency's Washington Poe and Tilly Bradshaw are faced with a case that makes no sense. Why were some victims anaesthetized, while others died in appalling agony? Why is their only suspect denying what they can irrefutably prove but admitting to things they weren't even aware of? And why did the victims all take the same two weeks off work three years earlier? And when a disgraced FBI agent gets in touch things take an even darker turn. Because she doesn't think Poe is dealing with a serial killer at all; she thinks he's dealing with someone far, far worse - a man who calls himself the Curator. And nothing will ever be the same again . . . Praise for Black Summer: 'Truly mind-blowing' A. A. Dhand 'A book that shines with tension, wit and invention' William Shaw 'Washington Poe - a rising giant in detective fiction' Alison Bruce 'A twisty thriller with a killer plot Ed James 'I loved this book!' Jo Jakeman 'One of the best British crime novels I've read in a long time . . . Simply an unputdownable page-turner' Nick Oldham 'Grabs you from the very first page. A dark and brilliantly twisted crime thriller, bringing back the inimitable Washington Poe and Tilly Bradshaw' Colin Falconer 'Dark and twisted in all the right places. Poe is a great mix of compelling, complex & charismatic, and well on his way to becoming one of the standout characters in crime fiction' Robert Scragg 'In Tilly and Poe, MW Craven has created a stand-out duo who are two of the most compelling characters in crime fiction in recent years. They deserve to join the ranks of Holmes and Watson, Rebus and Clarke, Hill and Jordan . . .' Fiona Cummins 'Dark, thrilling and unputdownable with sharply drawn characters that stride off the page' Victoria Selman 'Gleefully gory and witty, with a terrific sense of place' Sunday Times

M. W. Craven was born in Carlisle but grew up in Newcastle, returning after 31 years to take up a probation officer position in Whitehaven, eventually working his way up to chief officer grade. Sixteen years later he took the plunge, accepted redundancy and became a full-time author. He now has entirely different motivations for trying to get inside the minds of criminals. His first novel featuring Washington Poe and Tilly Bradshaw, The Puppet Show, was published by Constable to huge acclaim, and it has since won the CWA Gold Dagger Award and been shortlisted for the Amazon Publishing Readers' Awards: ... 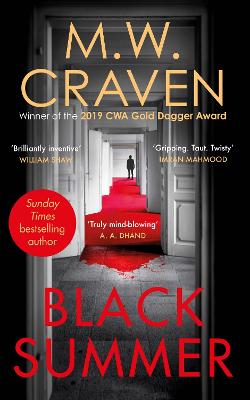 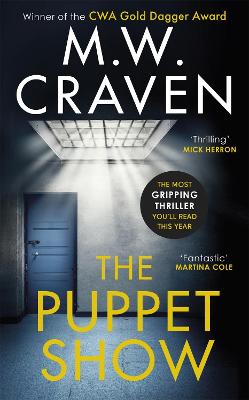