A riotous dark comedy teeming with delightfully unacceptable behaviour. Like all good law-abiding citizens, sixteen-year-old Maurice no longer considers going off the rails as just a teenage phase. It can only mean the mark of a troll . . . But these trolls aren't confined to causing trouble online: now they're in our homes, on our streets and have ruined life as we know it. As a rule Maurice tries to avoid trouble - until the day he crosses paths with Wretch, a very bad apple indeed. And with tensions rising, can these two teens put their differences aside in order to survive? 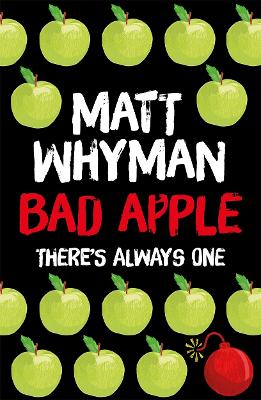 Matt Whyman is the author of several critically-acclaimed novels including BOY KILLS MAN and THE SAVAGES, as well as the bestselling comic memoir, WALKING WITH SAUSAGE DOGS. Matt is the former agony uncle for Bliss magazine and part of the team on Radio 1's weekly advice show, The Surgery. He lives in West Sussex with his wife and four children. Find out more about Matt at www.mattwhyman.com and on Twitter: @mattwhyman

View All Books By Matt Whyman