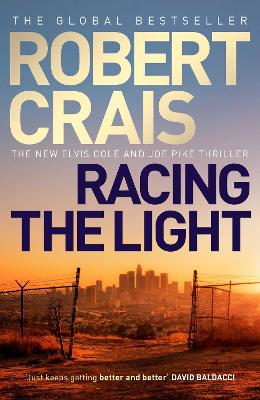 'Another grand slam for the master storyteller' DAVID BALDACCI 'A modern master of crime fiction' GREGG HURWITZ THE CITY OF ANGELS Adele Schumacher isn't a typical worried mum. When she hires Elvis to find her missing son, a controversial podcaster named Josh Shoe, she brings a bag filled with cash, paranoid tales of government conspiracies, and a squad of mysterious bodyguards. Finding Josh should be simple, but Elvis quickly learns he isn't alone in the hunt - a team of deadly strangers are determined to find Josh first. THE CITY OF LIES With dangerous secrets lurking behind every lead, Elvis needs his friend Joe Pike more than ever to uncover the truth about Josh, corrupt politicians, and the murderous business cartels rotting the heart of Los Angeles. And when his estranged ex-girlfriend Lucy Chenier and her son return to the city, Elvis realizes just how much he has to lose . . . if he survives. Written with the heart, humour, and relentless suspense for which Crais is famous, Racing the Light delivers Elvis Cole's most dangerous case yet. Why Crais is the King of Crime . . . 'Robert Crais - and Joe Pike - will have you by the throat' INDEPENDENT 'Just keeps getting better and better' EVENING STANDARD 'Robert Crais is hands-down the World's Greatest Crime Fiction Writer' HUFFINGTON POST 'Expertly delivers his customary modern-day riff on the 1940s hardboiled idiom' GUARDIAN 'Cleverly plotted, stylishly written' WASHINGTON POST

Robert Crais is the author of the bestselling Cole & Pike novels. A native of Louisiana, Crais moved to Hollywood in the late 70s where he began a successful career in television, writing scripts for such major series as Cagney & Lacey, Miami Vice and Hill Street Blues. In the mid 80s, Crais created a series of crime novels based around the characters Cole & Pike. In addition, Crais has also written several bestselling standalone thrillers. Robert Crais lives in LA with his wife and family.

More About Robert Crais
Add To Wishlist
Buy from our bookstore and 25% of the cover price will be given to a school of your choice to buy more books.