A suspenseful death row drama, Reversible Errors is Scott Turow's sixth Kindle County legal thriller. Rommy Squirrel Gandolph is an inmate on death row for a 1991 triple murder. His slow progress toward execution is nearing completion when Arthur Raven, a corporate lawyer and Rommy's reluctant representative, receives word of new evidence that will exonerate Gandolph. Arthur's opponent is the formidable prosecuting attorney Muriel Wynn. Together with Larry Starczek, the original detective on the case, she is determined to see Rommy's fate sealed. Meanwhile the judge who originally found him guilty is just out of prison herself. Scott Turow's compelling, multi-dimensional characters take the reader into Kindle County's parallel yet intersecting worlds of weary police, small-time crooks and ambitious lawyers. No other writer offers such a convincing picture of how the law and life interact - or such a profound understanding of what is at stake when the state holds the power to end a man's life. 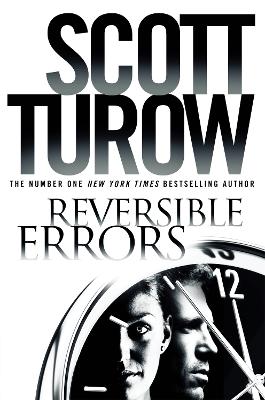 Scott Turow is the world-famous author of several bestselling novels about the law, from Presumed Innocent to Reversible Errors , as well as the wartime thriller Ordinary Heroes. He has also written an examination of the death penalty, Ultimate Punishment. He lives with his family outside Chicago, where he is a partner in the international law firm of Sonnenschein Nath & Rosenthal.