The Night Before Synopsis

'Ferociously smart.' AJ Finn 'Another page-turning cracker' BA Paris FIRST DATES CAN BE MURDER... Laura has never been lucky in love. She falls too hard and too fast, always choosing the wrong men. Devastated by the end of her last relationship, she fled her apartment for her sister's home in the suburb where they both grew up. Though still haunted by the tragedy that's defined her entire life, Laura is determined to take one more chance on love with a man she's met on an Internet dating site. Rosie has spent most of her life worrying about her troubled sister. Laura's return, under mysterious circumstances, has cast a shadow over Rosie's peaceful life with her husband and young son - a shadow that grows darker as Laura leaves the house for her blind date. When Laura doesn't return home the following morning, Rosie fears the worst. She's not responding to calls or texts, and she's left no information about the man she planned to meet. As Rosie begins a desperate search to find her sister, she is not just worried about what this man might have done to Laura. She's worried about what Laura may have done to him... 'Riveting.' Riley Sager 'Addictive.' Liv Constantine 'Wonderfully tense.' Aimee Molloy 'Irresistible.' Mary Kubica 'Impossible to put down.' Megan Miranda 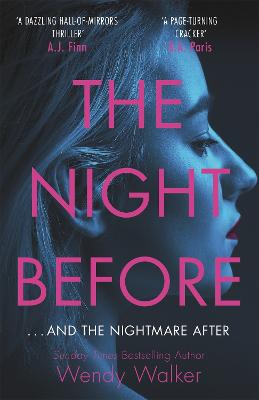 WENDY WALKER has worked as an attorney specializing in family law. Her novels include EMMA IN THE NIGHT and ALL IS NOT FORGOTTEN. She lives in Connecticut, where she is at work on her next novel.