Bibi feels out of place everywhere - everywhere that is, except for Tyme's End, the deserted house that she breaks into when she thinks nobody is nearby. There she unexpectedly meets Oliver Gardner, the owner of the house, who's just returned after ten years away. Their story and the story of Oliver's grandfather becomes inextricably entwined, linked as they are by Tyme's End itself. For Tyme's End is more than just a deserted house. It is a house that by turns can be romantic, beguiling, sinister and malevolent. It is a house that had a cruel and manipulative owner. And anybody who enters Tyme's End must prepare themselves for terror . . . Part mystery, part psychological thriller, set in the present yet with forays into the past, this is a cleverly ambitious novel that makes for a compulsive and gripping read.

Praise for B.R. Collins: 'A writer of real power' * Guardian * Praise for The Traitor Game: 'A wonderfully gripping book for teenagers . . . Brain food that's well worth feeding to your teenage boys - and stealing from them afterwards' * The Times * Praise for A Trick of the Dark: 'A multilayered, metaphysical thriller . . . dark, uneasy and extraordinary' * Big Issue * Praise for Tyme's End: 'From the moment we see Oliver's grandfather in thrall to Jack, watching as the older man pulls the legs and antennae from a beautiful green beetle and places it back in the grass, it's impossible to put the book down' * Guardian *

B.R. (Bridget) Collins is a graduate of both university and drama school. Her first novel, The Traitor Game, won the Branford Boase Award in 2009 and she has been twice nominated for the Carnegie Medal. Bridget lives in Tunbridge Wells, Kent. 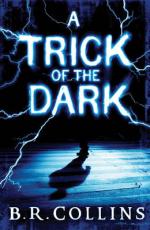 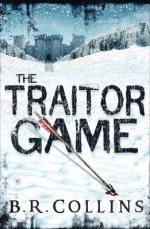