Low-level strikes by British torpedo-bombers against enemy naval vessels ranked among the most dangerous aerial tactics developed during World War II. But the risks frequently paid off, whether in the attack by a single bomber on the German battleship Lutzow, the torpedoing of the Gneisenau, or the crippling blows against Rommel's supply lines to Africa. Colorful in its depiction of aircrew life and stirring in its descriptions of torpedo-bombers in combat, Ship-Busters is a classic account of World War II in the air. 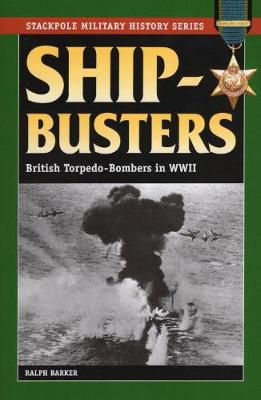 Ralph Barker served with the Royal Air Force in World War II and wrote for the London Sunday Express for more than thirty years. His other books include Down in the Drink and The RAF at War.