The New Politics of Class

Part of the Published in association with Theory, Culture & Society Series

The New Politics of Class Synopsis

Are contemporary societies organized by class? In recent years the apparent fragmentation of established class structures and the emergence of new social movements - in particular the women's movement and environmentalism - have altered the traditional expressions of class in society. At the same time, these changes have posed fundamental questions for the concept of class in sociology and political science. In this major reassessment, Klaus Eder offers a new perspective on the status of class in modernity. Drawing on a critique of Bourdieu, Touraine and Habermas, he outlines a cultural conception of class as the basis for understanding contemporary societies. His model reevaluates the role of the middle classes, traditionally the crux of class analysis, and links class to social theories of power and cultural capital. The result is a cultural theory of class which incorporates the changing forms of collective action and the new social movements of contemporary societies. 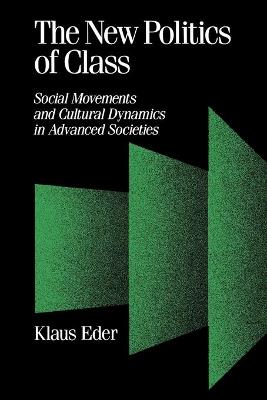 Klaus Eder has written extensively on class, social movements and social structure. He is author of the New Politics of Class (SAGE 1993).

View All Books By Klaus Eder