The Flag of Freedom

The Flag of Freedom Synopsis

'A compelling read, imaginative, knowledgeable, fast-moving . . . full of twists and turns' Naval Review 1797: Britain stands alone against the forces of Revolutionary France. A victorious French Army, led by the youthful Napoleon Bonaparte, is poised to invade Britain. And in his country's darkest hour, Captain Nathan Peake finds himself imprisoned by his own side on the Rock of Gibraltar - charged with treason. To prove his innocence Nathan must uncover the great deception that masks the French war aims. Is the great armada being assembled in Toulon bound for the shores of Great Britain - or Egypt? His secret mission to discover the truth about Napoleon's invasion plans will hurl him into two of the greatest battles of the 18th century. What readers are saying about THE FLAG OF FREEDOM: 'A seafaring yarn mixing great historical action, politics, spies and beautiful women. You can't wait to turn the page' 'Seth Hunter on top form. Nathaniel Peake is one of the best characters I've read in a long time' 'A gripping novel based upon historical fact which paints a graphic picture of life and times in Europe combined with the reality of naval life' 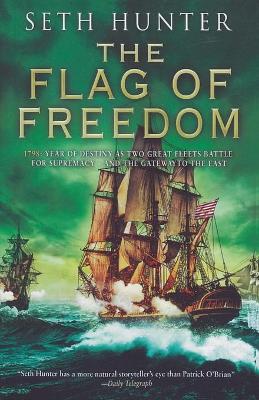 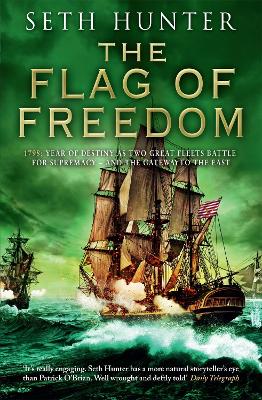 Seth Hunter is the pseudonym of the author of a number of highly acclaimed and prize-winning adult and children's novels. He has written and directed many historical dramas for television, radio and the theatre. Seth Hunter lives in London.