Crime detection has gone to the dogs and squirrels are being busted for espionage. If you've never wondered about the new direction of 'intelligence-led policing' in our society, now is the time to start. It was a chance encounter with a police sniffer-dog that drew criminal lawyer Amber Marks into the hidden world of the science of smell and its law-enforcement applications. Soon she stumbled into a wonderland of contemporary surveillance, where the spying skills of bees, dolphins and a myriad other critters were being harnessed to build a 'secure world' of bio-intelligence. From the businesses, scientists and military departments developing new smell-based surveillance technologies, to good old-fashioned police dogs, Amber discovered a secret world of security forces, where animals and scent are as important as intelligence agents and CCTV. Part polemical exploration of our burgeoning surveillance society, part humorous memoir, this intriguing book will capture your imagination and get you wondering: just who stands to benefit from all this 'security'? 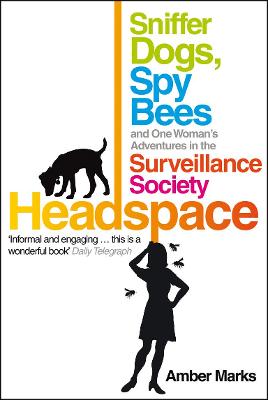 Amber Marks is a barrister, currently undertaking doctoral research at King's College, London, into the legal implications of the growth in surveillance. She is the daughter of bestselling author Howard Marks and has published articles on surveillance in the Guardian, Big Issue and the Register.