'Popeye here. I am being blocked while he takes off in the other car. This is a deliberate act of obstruction! If anybody reads me - HIT that son of a bitch!' The French Connection is the heart-stopping account of an extraordinary true story. One night two New York narcotics detectives, 'Popeye' Egan and 'Cloudy' Grosso, are at the Copacabana Club when they come across a boisterous party. The host is a young pockmarked man named Patsy Fuca, and he behaves like a head gangster. When he pays his bill from a huge wad of money the detectives instinctively decide to tail him, but they are baffled to discover that Patsy is the owner of a lowly newsstand. It seems so odd that Popeye and Cloudy start to investigate, unaware that they are embarking on an eighteen-month odyssey of intrigue and conspiracy that will take them from plush tree-lined suburbs and dark Brooklyn tenements to Paris, Marseilles and Palermo, and that they will break the world's largest heroin network.

'One of the most interesting true crime books ever written, comparable only to The Boston Strangler ... We learn everything from the most intimate details of the detectives' personal lives to the methods employed in wiretapping, stakeout, and the use of informers ... Robin Moore's book is a superb piece of journalism' Los Angeles Times 'Engrossing ... reads like superior suspense fiction. Moore's characterizations of the two detectives are excellent, and his minute-by-minute descriptions of their amazing work lift right off the page' Publishers Weekly

Robin Moore was born in Boston in 1925 and educated at Harvard. In writing the The French Connection, Moore and his assistant spent many hundreds of hours interviewing the New York and Federal Officers and listening to recorded conversations, orders and counter-orders. Among other books, he is also the author of the international bestseller, The Green Berets. 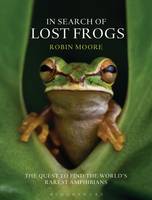