What leads a man to join the Army? To fight and perhaps die for his country? To enjoy a semi-monastic life among his comrades? To belong to a regiment in which he can take pride? To obey orders? Or just to escape into a secure environment? Rich in narrative and anecdote this poignant and important book has at its heart short biographies of Chelsea Pensioners whose lives span the twentieth century and who have seen action from Passchendale to Anzio, from the Malayan emergency to the Mau Mau uprising, from Aden to Indonesia. Philip Ziegler is fascinated by the values which these veterans share, and which the Army inculcated in them: self-discipline, acceptance of risk or pain, patriotism, loyalty to their fellows. And of course, sometimes bigotry, narrow-mindedness, even blinkered stupidity. Are the old values relevant today or is the Royal Hospital a museum of fossilised ideals and attitudes? To read this book is to understand what soldiers are all about, what they fight for, and how they fit into the world of the twenty-first century.

The great virtue of this book is that with Ziegler's help, nice remarkable men who might otherwise have remained unchronicled, have written their dispatch and each has a gripping tale to tell * Evening Standard * One of the most experienced and versatile biographers of his generation * Observer * Intensely moving, humbling, heartening - this is a handsome book * The Times *

Philip Ziegler is the author of London at War, a historian of the Black Death; and the biographer of William IV, Melbourne, Lady Diana Cooper, Mountbatten, Edward VIII, Harold Wilson and Osbert Sitwell. Philip Ziegler was born in 1929 and educated and Eton and New College, Oxford, where he gained a first-class honours in Jurisprudence. He then joined the Diplomatic Service and served in Ventiane, Paris, Pretoria and Bogota, before resigning to join the publishers, William Collins, where he was editorial director for more than fifteen years. He lives in London. 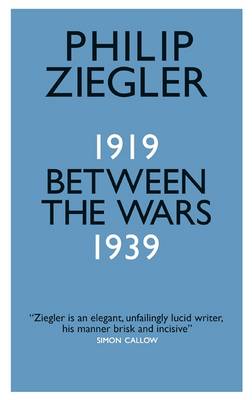