From his grave in the precincts of Canterbury Cathedral, Dallas Sweetman is called to give account. He tells a story of love and death, jealousy and miraculous happenings, of the divided loyalties of Protestants and Catholics in the Elizabethan Age. Before us, his judges, Dallas seeks to justify the actions of his life. But is he telling the truth? And can he be forgiven? The lost tradition of staging new plays at Canterbury Cathedral, most famously T. S. Eliot's Murder in the Cathedral, was revived with the premiere of Sebastian Barry's Dallas Sweetman in September 2008. 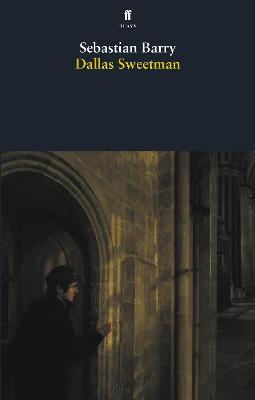 Sebastian Barry was born in Dublin in 1955. The current Laureate for Irish Fiction, his novels have twice won the Costa Book of the Year award, the Independent Booksellers Award and the Walter Scott Prize. He had two consecutive novels shortlisted for the Man Booker Prize, A Long Long Way (2005) and the top ten bestseller The Secret Scripture (2008), and has also won the Kerry Group Irish Fiction Prize, the Irish Book Awards Novel of the Year and the James Tait Black Memorial Prize. He lives in County Wicklow.