'Andrew Taylor is a master story-teller' Daily Telegraph From the No.1 bestselling author of The Ashes of London and The Fire Court, this is the fifth instalment in the acclaimed Lydmouth series When Mattie Harris's body is found drowned in the river, everyone in Lydmouth knows something is wrong. Mattie wasn't a swimmer - it can't have been a simple accident. She was drunk on the last night of her life - could she have fallen in? Or was she pushed? Mattie was a waitress, of no importance at all, so when Lydmouth's most prominent citizens become very anxious to establish that her death was accidental, Jill Francis's suspicions become roused. In the meantime she is becoming ever closer to Inspector Richard Thornhill, and discovering that the living have as many secrets as the dead... 'An excellent writer. He plots with care and intelligence and the solution to the mystery is satisfyingly chilling' The Times 'The most under-rated crime writer in Britain today' Val McDermid 'There is no denying Taylor's talent, his prose exudes a quality uncommon among his contemporaries' Time Out 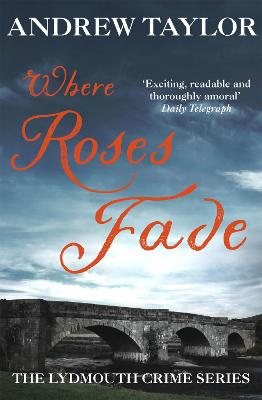