'A fruity, foxy masterpiece, defender of our wilting faith in mankind' Sunday Times Horace Rumpole is in a strange state that could only be described as a kind of air-conditioned purgatory: he has retired to Florida with his wife, Hilda (She Who Must Be Obeyed). It is safely assumed the Old Bailey hack's wig has been hung up for good. But when a rather unkempt civil servant is mixed up in the mysterious death of a minor aristocrat, Rumpole seizes the opportunity to escape a life of leisure. He is soon back in court (via a budget airline) to do battle once more with Judge 'Mad Bull' Bullingham. 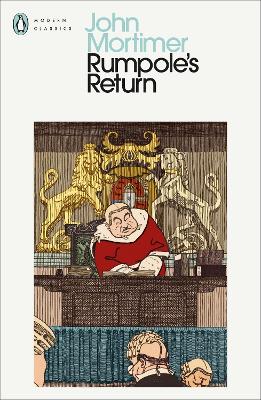 Sir John Mortimer was a novelist, playwright and barrister. The first book featuring his most famous character, Horace Rumpole, was published by Penguin in 1980, and Mortimer went on to publish a dozen collections of Rumpole stories as well as a handful of novels, culminating in 2007 in RUMPOLE MISBEHAVES. He was knighted in 1998 for his services to the arts and died in January 2009.