'Accomplished...a strangely mesmerising effect...absolutely excellent' New Statesman New York, 1980s Alice Burns - a young book editor - is deep into a manuscript about the morass of family life. The observations within resonate, perhaps, because she has just watched her own family implode. As she reads she wonders: When did the sadness start? And could it be that unhappiness is a choice? Thus begins a great American epic which follows Alice as she navigates high school, first love and sexism at an elite college, a spell in 1970s Ireland, and a tragedy that sends her stateside as the US embraces a cowboy actor named Reagan. But it is also the tale of her endlessly complex parents and brothers - how their destinies are written by the lies they tell themselves and others. The Great Wide Open is an immensely ambitious and compulsive saga; a novel which will speak volumes to anyone who has marvelled at that pain that can only be caused by family itself. 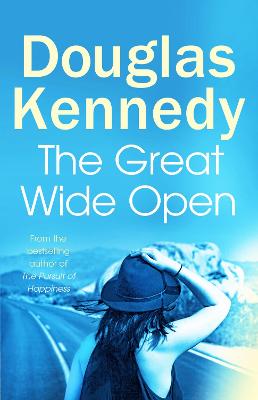 Douglas Kennedy's previous twelve novels include the critically acclaimed bestsellers The Big Picture, The Pursuit of Happiness, A Special Relationship and The Moment. He is also the author of three highly-praised travel books. The Big Picture was filmed with Romain Duris and Catherine Deneuve; The Woman in the Fifth with Ethan Hawke and Kristin Scott Thomas. His work has been translated into twenty-two languages. In 2007 he was awarded the French decoration of Chevalier de l'Ordre des Arts et des Lettres, and in 2009 the inaugural Grand Prix de Figaro. Born in Manhattan in 1955, he has two children and currently divides his ...

View All Books By Douglas Kennedy