Alan and Ange are on a train, heading for London. Alan is a philosophy lecturer, still a virgin at fifty-five; Ange a twenty-something, horoscope reading, darts groupie. They certainly don't expect their first casual meeting to lead to anything, but it does. Seizing the day, as they pull into Euston station, Alan asks Ange out to dinner and so begins the unlikeliest of liaisons. As they get to know each other, they are initiated into each other's worlds. From the claustrophobic confines of an Oxford College to the heady excitement of a big dart's match; from Liebfraumilch to Wittgenstein and everything in between. They even travel to Rome seeing many wonderful things as Alan learns to live for the moment and Ange to appreciate the finer things in life. But can they survive their differences in age and background? Are Alan's feelings the stuff of obsession and infatuation or is this true love? And what sort of philosopher is he if he cannot define and understand love? Told through the voice of Alan, this touching and hilarious story is much more than a tale about an unlikely couple. Ultimately, it is a story about the nature of love. 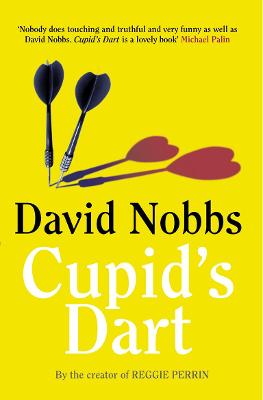