This exhilarating tale of modern espionage and breathtaking flying action introduces a major new thriller-writing talent. With its striking authenticity and remarkable psychological depth, NIGHT TRAP is sure to appeal to fans of Tom Clancy, Stephen Coonts and Dale Brown. Night Trap follows the career of Alan Craik, a young Intelligence officer in the US Navy, whose relentless investigation into the unexpected death of his own father, a legendary naval pilot, sets him on the trail of a father-and-son team of spies within his own ranks - serving members of the US Navy who have been betraying their country for years, and will risk everything not to be discovered.

`Flying, spying and dying - Night Trap is the real straight Navy stuff. Better strap yourself to the chair for this one. I loved it.' STEPHEN COONTS `Gordon Kent knows his subject at first hand and the expertise shows on the page: high stakes, pounding tension and the best dogfights put on paper. A lot of thrillers these days, you come away feeling like you've been in a simulator. In Night Trap, Gordon Kent straps you into the real thing. Enjoy the ride!' IAN RANKIN `Craik is on the trail of shipboard espionage. His quest ultimately engulfs him, the CIA, Navy aircraft, Russian intelligence... and Marine combat troops in a blazing shootout. This is a can't-put-down book.' USA TODAY

Gordon Kent is the pseudonym of a father-and-son writing team, both of whom have extensive personal experience in the US Navy. Both are former Intelligence officers and both served as aircrew. The son earned his Observer wings in S-3 Vikings during the Gulf conflict. After service in the Mediterranean, Persian Gulf, Pacific and Africa, he left active duty in 1999. 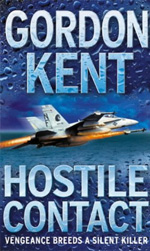 View All Books By Gordon Kent