This powerfully persuasive exposition of the power of persuasion in business success delivers a bold thesis in engaging style.

Bold in claims, incisive in style and potentially huge in impact, Suneel Gupta’s Backable sets out to set the record straight as to what distinguishes those who succeed from those who struggle to realise their business ambitions. Namely, Gupta argues, those who get on in business do so due to their powers of persuasion and not (as is typically assumed) through connections, charisma or raw talent.

After having pitch after pitch rejected, the author was driven to discover why that was, and - importantly - how to change that pattern. An epiphany came when he realised that “people who change the world around them aren’t just brilliant…they’re backable. They have a seemingly mysterious superpower that lies at the intersection of ‘creativity’ and ‘persuasion’. When backable people express themselves, we feel moved. When they share an idea, we take action.” If that’s a given, the issue then becomes how can a person become backable? Gupta acknowledges that he wasn’t one of those naturally backable people. He’s “an introvert by nature”. The good thing is, as Gupta discovered and put into action, it’s eminently possible to play the role of a backable person in order to change your lot. His advice for doing just that is shared throughout the book, perhaps best encapsulated by this line: “A typical pitch communicates that an idea is new. A backable pitch communicates that an idea is inevitable,” and from here you can potentially capitalise on people’s fear of missing out.

Offering tonnes of fascinating examples, and citing individuals from a range of industries - venture capitalists, start-up founders, Oscar-winners, and leaders of iconic brands - Backable delivers practical tips in a personable style. It also considers the big picture and specific details in equal measure, sharing for example, meticulous examples of pitches that worked (and others that didn’t).

A groundbreaking book that boldly claims the key to success in business is not talent, connections, or ideas, but the ability to persuade people to take a chance on potential.

No one makes it alone. But there's a reason why some people can get investors or bosses to believe in them while others cannot. And that reason has little to do with experience, pedigree or a polished business plan. Backable people seem to have a hidden quality that inspires others to take action. We often chalk this up to natural talent or charisma . . . either you have 'it' or you don't.

After getting rejected by every investor he pitched, Suneel Gupta had a burning question: could 'it' be learned?

Drawing lessons from hundreds of the world's biggest thinkers, Suneel discovered how to pitch new ideas in a way that has raised millions of dollars, influenced large-scale change inside massive corporations, and even convinced his 8-year-old daughter to clean her room.

Inside the book are long-held secrets from producers of Oscar-winning films, venture capitalists, founders of unicorn-status startups, and executives at iconic companies like Lego, Method and Pixar. Suneel used these invaluable lessons to become the New York Stock Exchange's 'New Face of Innovation'.

Backable reveals how the key to success is not charisma, connections, or even your CV, but rather your ability to persuade others to take a chance on you. This groundbreaking book will show you how.

What To Read After Backable 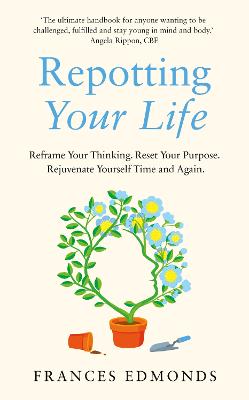 Whether you want to get ahead inside a company or build a startup from the ground up, this fascinating book is a must-read. -- Reid Hoffman - co-founder of LinkedIn

This book demystifies the x-factor I look for in anyone I work with. Whether you're building a movie or a company, this indispensable guide will change how the world sees you-and how you see yourself. -- Brian Grazer - Oscar-winning producer and #1 New York Times bestselling author

'Whether you want to get ahead inside a company or build a startup from the ground up, this fascinating book is a must-read.' REID HOFFMAN, co-founder of LinkedIn 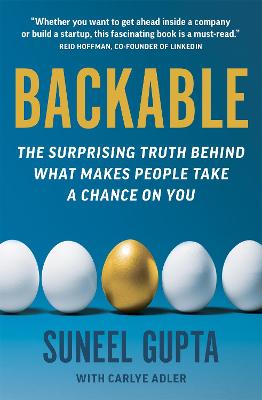 Suneel Gupta is on the faculty at Harvard University where he teaches students how to be 'backable'. Using the 7 steps inside the book, Suneel went from being the face of failure for the New York Times to being the 'New Face of Innovation' for the New York Stock Exchange. His ideas have been backed by firms like Greylock and Google Ventures, and he has invested in startups including Airbnb, Calm and SpaceX. Suneel also serves as an emissary for Gross National Happiness between the United States and the Kingdom of Bhutan. His work has been featured in The New York ...