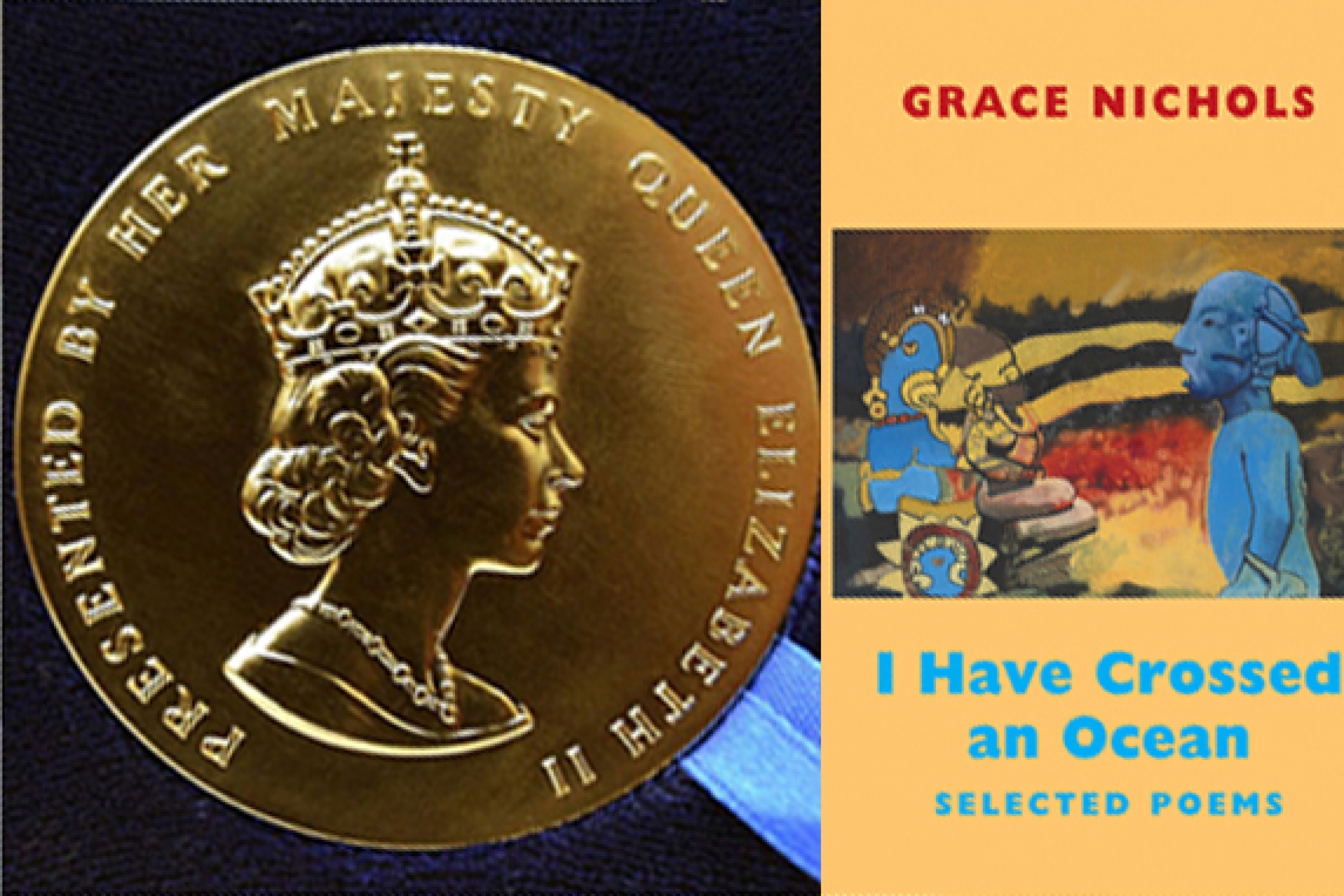 The Queen has approved the award of Her Majesty’s Gold Medal for Poetry for the year 2021 to Grace Nichols.

The Gold Medal for Poetry was established by King George V in 1933 at the suggestion of the then Poet Laureate, John Masefield, and is awarded for excellence in poetry. Each year’s recipient is from the United Kingdom or a Commonwealth Realm.

The Poetry Medal Committee unanimously recommended Grace Nichols as this year's recipient on the basis of her body of work, in particular her first collection of poetry I Is a Long-Memoried Woman (1983), prose and several books for younger readers. The committee is chaired by the Poet Laureate Simon Armitage, who received The Queen’s Gold Medal for Poetry for 2018.

Grace Nichols is a Guyanese poet who moved to Britain at the age of 27.  Her first collection of poetry won the Commonwealth Poetry Prize.

“I was overwhelmed when I first got the news. It was both wonderful and humbling to be recognised in this way. As a poet you write your poems in solitude, never knowing who they’ll reach. I feel so honoured and delighted to be given this award by Her Majesty and the committee, headed by Poet Laureate, Simon Armitage and to join the illustrious company of past winners from across the Commonwealth.

In my own work I’ve celebrated my Guyanese/Caribbean/South American heritage in relation to the English traditions we inherited as a former British colony. To poetry and the English language that I love, I’ve brought the registers of my own Caribbean tongue. I wish my parents who use to chide me for straining my eyes, as a small girl reading by torchlight in bed, were around to share in this journey that poetry has blessed me with.”

Grace becomes the 52nd recipient of the prestigious award instituted in 1933 at the suggestion of then Poet Laureate John Masefield. The award is made for excellence in poetry and will be presented in 2022.

Nichols joins last year's winner David Constantine, her husband John Agard, and four other Bloodaxe poets who have been honoured with the award. This year's committee recommended Nichols on the basis of her body of work, in particular her 1983 debut collection I Is a Long-Memoried Woman (Karnak House), her prose, and several books for younger readers. The committee is chaired by Poet Laureate Simon Armitage. Nichols is a Guyanese poet who moved to Britain at the age of 27. Since 2009 her poetry for adults has been published by Bloodaxe Books, which also publishes John Agard. This will be the first time the Queen’s Gold Medal for Poetry has been held by both a husband and wife. They have both worked on the GCSE syllabus, and have toured the UK with "GCSE Poetry Live!", bringing their readings to thousands of students.

Armitage added: “Over the past four decades, Grace has been an original, pioneering voice in the British poetry scene. A noted reader and ‘performer’ of her work, she has embraced the tones of her adopted country and yet maintained the cadences of her native tongue. Her poems are alive with characters from the folklore and fables of her Caribbean homeland, and echo with the rhymes and rhythms of her family and ancestors. Song-like or prayer-like on occasion, they exhibit an honesty of feeling and a generosity of spirit. They are also passionate and sensuous at times, being daring in their choice of subject and open-hearted in their outlook.

"Above all, Grace Nichols has been a beacon for Black women poets in this country, staying true to her linguistic co-ordinates and poetic sensibilities, and offering a means of expression that has offered inspiration and encouragement to many. She is a moving elegist, and a poet of conciliation and constructive dialogue between cultures, but also a voice of questioning dissent when the occasion demands.”

Previous recipients of The Queen’s Gold Medal for Poetry