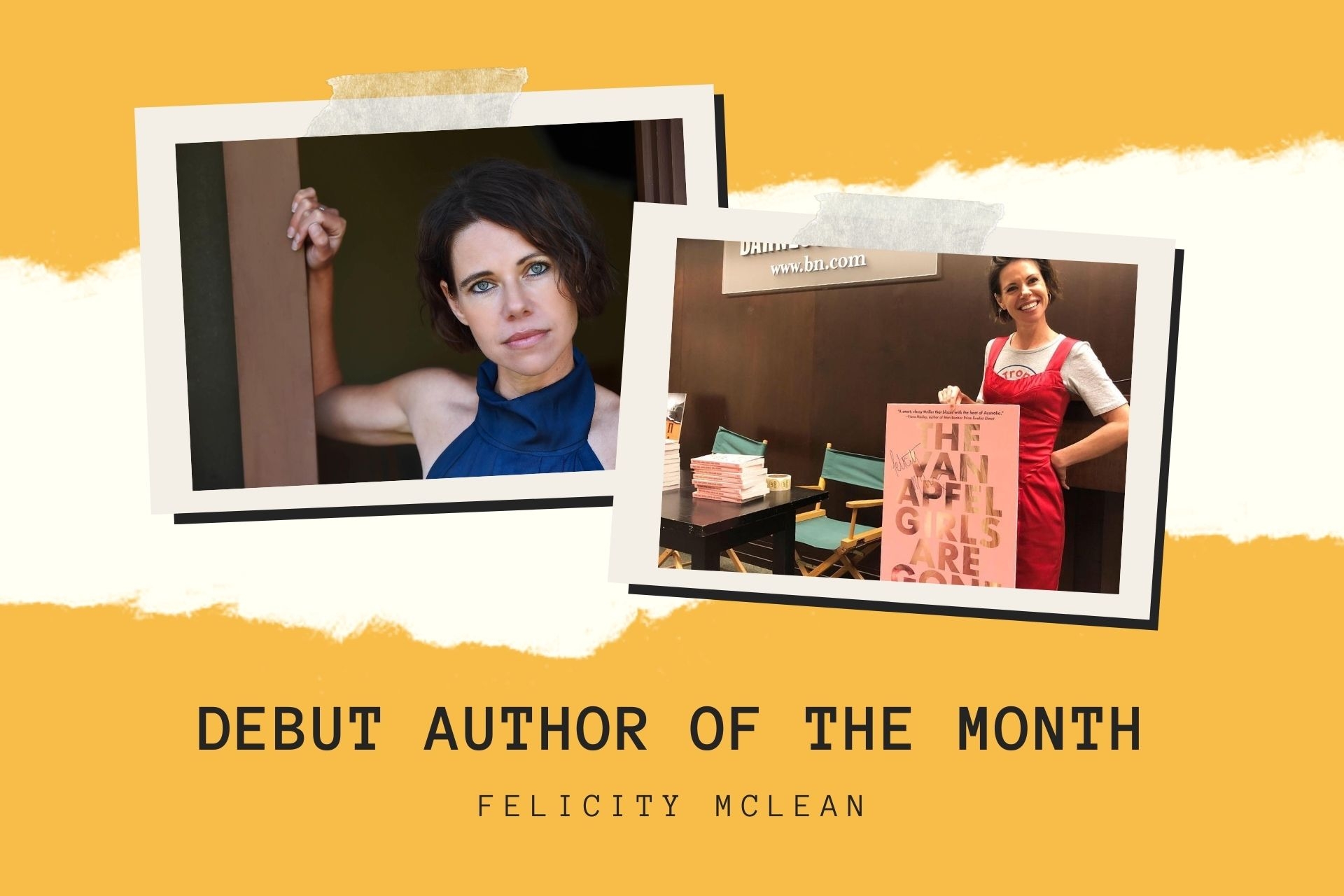 I so love meeting debut authors, they all have such different stories to tell about their individual road to being published. Felicity McLean’s debut novel is one that will stay with me and we just had to include it in our LoveReading Star Books. The Van Apfel Girls are Gone, has been published in more than half a dozen territories. It was a Barnes & Noble Discover Pick in the US, was shortlisted for the Indie Book Awards, long listed for the UK’s Dagger Awards, and the Davitt. Tikka in particular is a character who climbed into my heart and mind and still resides there. This is a really special debut, so distinctively different, it is one heady hit of a read and comes as highly recommended by the team here at LoveReading. Felicity, do let us know if you come to the UK for some book events in the future, we would love to meet in person, and we seriously can’t wait for the next novel, sounds fabulous!

I’ve been writing stories ever since I can remember. I lived for story writing time at school, and was always stapling together homemade books with overly dramatic titles.

A stand-out was Robert Munsch’s The Paper Bag Princess, where the princess outwits the dragon, rescues the prince, and then rejects ungrateful Prince Ronald by calling him “a bum”. I loved it.

My original copy is long gone, but my daughters have a twentieth-fifth anniversary copy, and I can confirm the Paper Bag Princess is as fabulously feisty as ever.

I think my fate was sealed after reading about Jo March scribbling away furiously in the garret in Louisa May Alcott’s Little Women.

For how long were the girls and particularly Tikka keeping you company before they stepped onto the page?

Tikka was the first character to start tapping me on the shoulder but I found her voice so urgent, so insistent that it was only a matter of days before I put pen to paper. The other girls took a little longer to discover.

The process was about three years in total, from the day I first sat down to write, until the day finished copies of my book started appearing on shelves. I signed with my publisher about a year or so into that three-year process.

How to plot my novel in advance! I’m still waiting to learn that. A reader once asked if I’m “a plotter or a pantser” – what a glorious expression! – and I had to confess I fly by the seat of my pants when it comes to plot.

What were you doing and how did you celebrate when you first heard The Van Apfel Girls are Gone was going to be published?

Fittingly, I was in a bar with my publisher (the brilliant Catherine Milne from HarperCollins Australia), who’d taken me out for a drink to share the news.

I had plans to be in the UK this summer, and to celebrate similarly with the wonderful folk from OneWorld, who are my UK publishers. Sadly, because of COVID-19 the celebrations have been put on ice. Another time!

How very generous readers are.

I’ve been involved in publishing, in some form or another, for more than a decade now, and I’ll never stop being surprised by how passionate readers are. From turning up in the rain for a signing event, to baking Van Apfel cupcakes, booklovers are the best and their commitment is real and I spent so much of the publication and publicity process for The Van Apfel Girls Are Gone being bowled over by beautiful readers.

When did you first realise that Tikka and her story was striking a chord with readers?

I first had an inkling when my publisher took the manuscript to an acquisitions meeting at the publishing house and they made me an offer even though the draft wasn’t complete. I think they acquired maybe two thirds of a novel!

Every time a reader speaks with me about my characters, and I remember that Tikka and the Van Apfel sisters exist in the real world and not just inside my head, I feel the need to pinch myself!

Having said that, touring the US last year and taking part in events in places like Book Soup on Sunset Boulevard and Barnes & Noble, Upper West Side was pretty incredible. 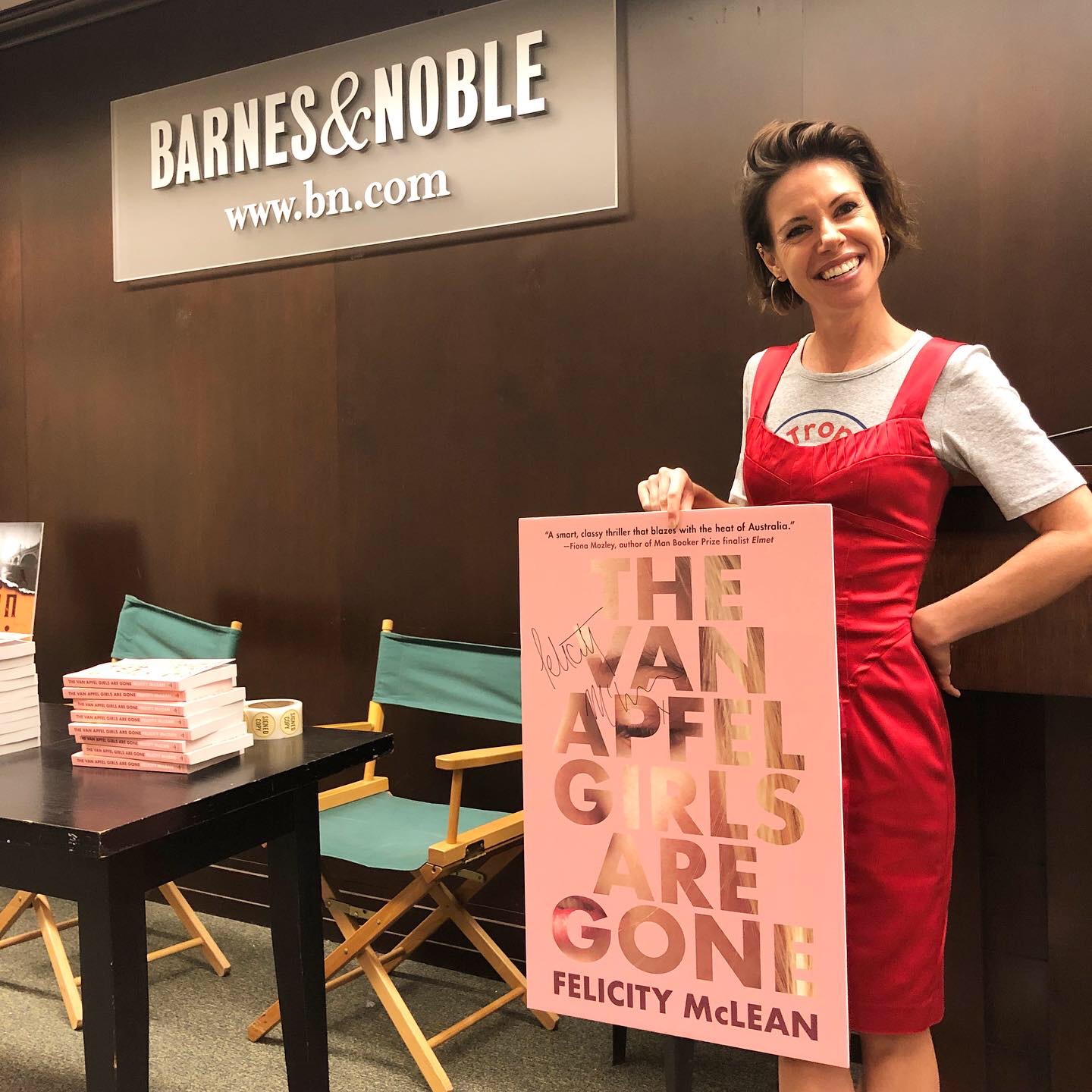 This is a pic of me looking ridiculously excited outside Dymocks bookstore on George Street, Sydney.

Dymocks George Street is such an iconic store. It’s right in the heart of the Sydney CBD and I’m told it’s the largest bookstore in the southern hemisphere. When we were kids, my parents would take my brothers and me on the train to the city during the school holidays and we’d have milkshakes and visit Dymocks George Street and it was such a big deal. When I found out Dymocks were featuring my book in their famous front window, I took a train into the city with my parents to see it! 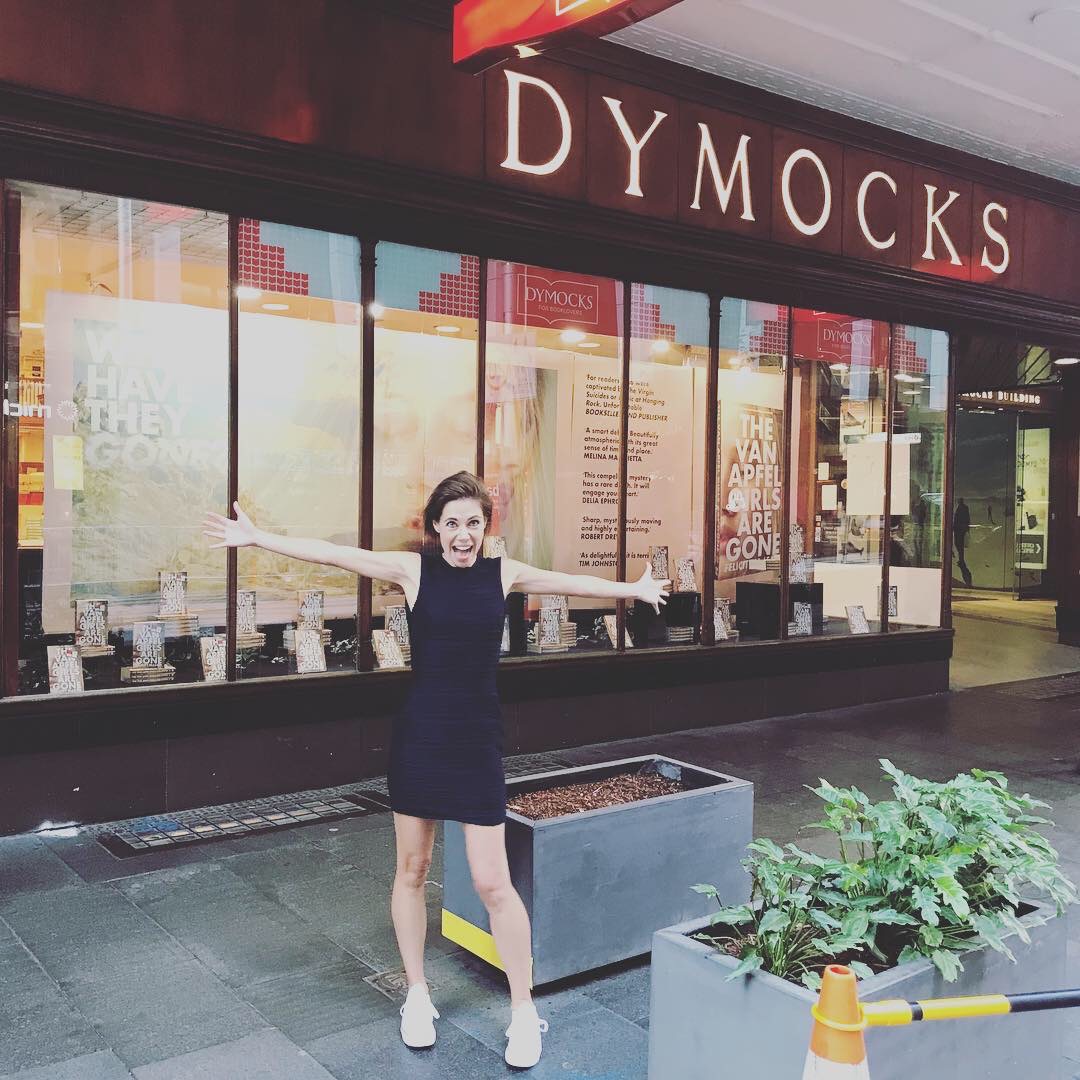 Up next is another novel. This one is set in a small Australian coastal community that’s rife with police corruption. It takes place during the 1980s so think car chases and big hair.

Keep up to date with Felicity: