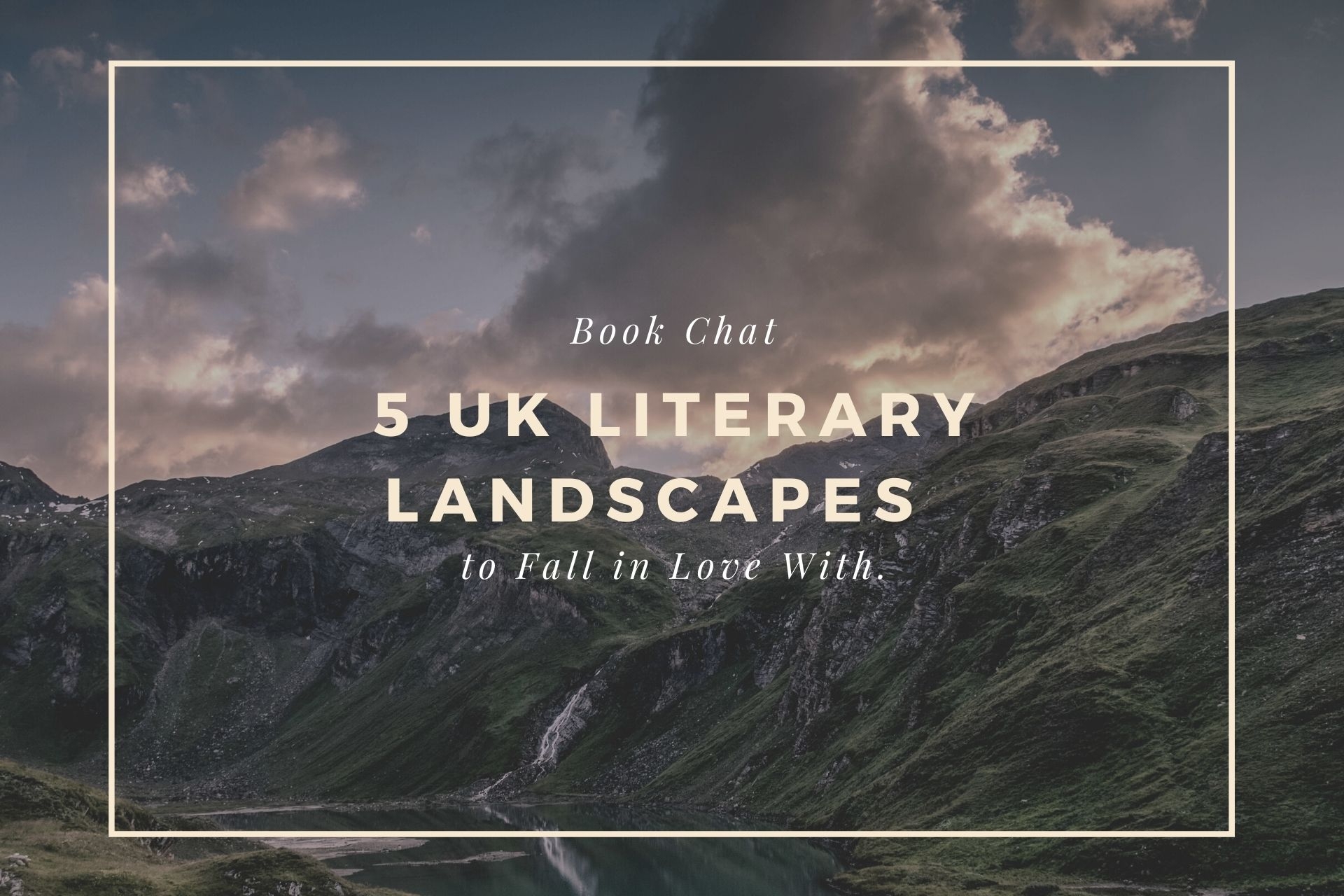 5 UK Literary Landscapes to Fall in Love With.

If you’re a word-loving wanderluster seeking staycation inspiration, look no further - this selection of landscapes and locations with literary connections might be all the inspiration you need.

From Pembrokeshire’s Caribbean-class coastline, to captivating Cornwall, a trip to any of these literature-linked locations is sure to refresh your body and mind - whether you visit in person, or through the pages of a book.

Though the cottage has been dismantled, Potter-heads will instantly recognise the beach as the site of the series’ (arguably) saddest moment. With powder-soft sand, a rocky reef at its southern end, and the county’s best surf waves, Harry Potter isn’t Freshwater West’s sole claim to movie fame. It also featured in Ridley Scott’s Robin Hood, and war comedy Their Finest, in which the beach served as a double for Dunkirk. Beyond the beauty of Freshwater West, Pembrokeshire has a Hollywood trail for visitors to explore, part of which pinpoints more movies with literary links (Sherlock Holmes and Dylan Thomas). Literature lovers might also be interested to learn that the Pembrokeshire estuary town of Neyland has elite literary connections of its own. Formerly the thriving terminus of Brunel’s Great Western Railway and today a merry marina town, the multi-award-winning Sarah Waters was born here.

Cornwall has long been home to a host of writers - some of them born and bred, others outsiders drawn to its unique charms. Among Cornwall’s distinguished “born and breds” is Newquay-born William Golding, author of Lord of the Flies, whose childhood was enlivened by the Cornish ghost stories his mother shared with him.

While the writer most associated with Cornwall wasn’t actually born there, the county stole her heart and she became an early member of the Cornish Independence party - how’s that for devotion to your adopted home? The writer in question is, of course, Daphne du Maurier. Born in London in 1907, her family bought a holiday home in Cornwall in the 1920s - Ferryside, which played a pivotal role her career, for it was where she began to write seriously. After marrying, she and her husband moved to Menabilly, a manor house just outside the estuary town of Fowey, and it was here that she wrote many of her uniquely suspenseful novels. Another key Cornish location with links to Daphne is Bodinnick, a picturesque village with quaint cottages clustered around the water’s edge, and a slipway linking the village to Fowey - and Daphne’s Ferryside.

Like Cornwall, Dorset has close connections to a number of literary greats. Jane Austen loved Lyme Regis and made it the setting for part of Persuasion. Mary Shelley lived at Boscombe Manor and is buried in Bournemouth’s St Peter’s Cemetery (with the heart of her husband, poet Percy Bysshe Shelley). Enid Blyton often holidayed in Dorset, and took inspiration from Corfe Castle and Brownsea Island for her Famous Five settings, Kirrin Castle and Whispering Island.

But Dorset’s most famous literary connection comes courtesy of Thomas Hardy, who was born in an impossibly charming thatched cob cottage in Higher Bockhampton. Now a National Trust property, Hardy lived in this picture-perfect, secluded woodland location for the first twenty-two years of his life and wrote his first five novels here, among them Under the Greenwood Tree and Far from the Madding Crowd, which are also set in the area.

South Devon also has more than its fair share of literary links. Take Ted Hughes, for example. Hughes moved to Devon in 1961 and many of his poems were inspired by the county, with a Ted Hughes Poetry Trail created to celebrate his poetry and links to the area. Jane Austen enjoyed visiting Devonshire coastal towns in her youth, and most of Sense and Sensibility is set in the county, while Sir Arthur Conan Doyle set The Hound of the Baskervilles on brooding Dartmoor - it’s where Holmes and Watson investigate the supernatural hounds that are said to haunt the moor.

And now for the cream atop Devon’s literary scone - Agatha Christie, who was born in Torquay in 1890. Though she moved away, Christie bought the gorgeous Greenway Estate near Dartmouth as her summer residence. It’s now a National Trust property you can visit to marvel at the mistress of mystery’s Steinway piano, library room and vast collections of curios, from pieces of silver and ceramics, to fairy-tale furniture and medicine bottles. Christie used both the region and house as inspiration for many novels, including Dead Man's Folly, a TV adaptation of which was filmed at Greenway.

While the landscape of the Inner Hebrides’s remote, sparsely populated Isle of Jura doesn’t evoke the scenery of the ground-breaking book that was written here, it does capture the novel’s sense of being an outsider (on Jura, humans are outnumbered by red deer 40 to 1).

And the book in question? George Orwell’s Nineteen Eighty-Four. Orwell spent time in Barnhill on the island between 1946 and 1949, and here completed Nineteen Eighty-Four while suffering from tuberculosis. The house - accessible via boat or 4x4 - remains pretty much as it was in Orwell’s time, with his typewriter still on show. The Isle’s isolated location and raw natural beauty certainly lends itself to focussing the mind and recharging one’s batteries.

If you enjoyed this check out our other 'Book Chat' articles.