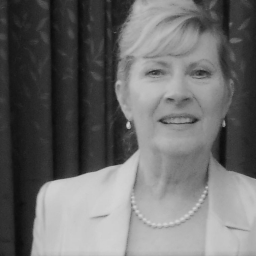 Marianne Price has been a singer and actress for more than fifty years and has worked in cabaret, television, West End musical theatre, tours, repertory theatre, radio and film.  She is also a highly sort after public and after dinner speaker.

Marianne comes from Tottenham, North London where at the age of fifteen she started out singing in the working men’s clubs and pubs in the area and also in the East End.  She went on to perform leading roles in various musicals as a member of Joan Littlewood’s Theatre Workshop at the Theatre Royal Stratford East and as a solo singer in the theatre’s Sunday Cabaret nights.  She also was a performer in a Royal Variety Performance at the London Palladium.  In musical theatre in the West End Marianne played roles in many well-known shows, including “The Rocky Horror Show”, “Evita” and “Little Me”.   Notably are playing —Sheila in “Hair” at the Shaftesbury Theatre, “Jeannie in the revival of “Hair” at Her Majesty’s Theatre, taking over the role of Rita from Elaine Paige in “Billy” opposite Michael Crawford at the Theatre Royal Drury Lane and performing the role of Sandy in the original London production of “Grease” at the New London Theatre opposite Richard Gere.

Over twenty-five years ago when living in an old house overlooking the sea in Suffolk, she started writing short stories and also poetry.  She has won poetry competitions and her work has also been published.

Marianne now lives in Southport on the coast in the North West of England with her husband where she recently performed the role of Norma Desmond in “Sunset Boulevard” at the Little Theatre.

The Woman of Stencils and other stories