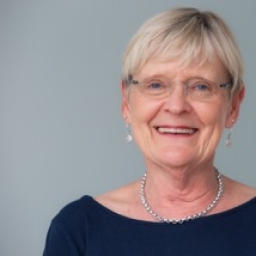 Gill Frost started her career as a teacher and went on to be a counsellor and psychotherapist for 35 years. Her first therapeutic training and work experience was with RELATE, where she worked mainly as a couples counsellor for 10 years. It was at this point that Gill decided to study for a masters degree in psychodynamic counselling, at the University of Birmingham, in order to work at greater depth with individuals.

Gill’s degree opened up opportunities for her to work as a student counsellor and trainer at Warwick and Coventry Universities for several years. It also enabled her to return to the University of Birmingham as a clinical tutor and lecturer, on the same course where she had been a student.

It was over 20 years ago that Gill set up in private practice. During this time she worked with a growing number of clients who presented with childhood trauma and abuse. As a result, she became increasingly interested in dissociative disorders, including dissociative identity disorder (DID).

Gill benefitted greatly from workshops and seminars provided by individuals such as Valerie Sinason, Suzette Boon, and Carolyn Spring, who are experts in the field of DID. Additionally, Gill undertook training in an energy psychotherapy called advanced integrative therapy (AIT), becoming an accredited AIT therapist. Later, she also completed Level 1 of the internal family systems (IFS) training. Collectively, these experiences gave her the understanding and necessary skills to work more effectively with clients who were traumatised by early abuse. It also enabled Gill to write her book, The Girls Within.