Men from the Ministry

Men from the Ministry Synopsis

Between 1900 and 1950 the British state amassed a huge collection of over 800 historic buildings, monuments, and sites and opened them to the public. This engaging book explains why the extraordinary collecting frenzy took place, locating it in the fragile and nostalgic atmosphere of the interwar years, dominated by neo-romanticism and cultural protectionism. The government's activities were mirrored by the establishment of dozens of voluntary bodies, including the Council for the Protection of Rural England, the Society for the Protection of Ancient Buildings, and the National Trust. Men from the Ministry sets all this activity, for the first time, in its political, economic and cultural contexts, painting a picture of a country traumatized by war, fearful of losing what was left of its history, and a government that actively set out to protect them. It dissects a government program that established a modern state on deep historical and rural roots.

This history of heritage mourns the loss of disregarded and demolished buildings and celebrates those pioneers who came to value and preserve our national treasures. The Ancient Monuments Department was the first official overseer of the nation’s heritage, adding Government power to various local societies. Now such preservation work is undertaken by larger organisations such as English Heritage and the National Trust. Stonehenge, for example, had been a tourist site since the Middle Ages, suffering from generations of day-trippers carving names and chipping out souvenirs. In 1918 the Government took charge and Stonehenge saved from destruction and gradually restored.

Men from the Ministry Press Reviews

'How and why we got into this strenuously nostalgic frame of mind is the subject of English Heritage boss Simon Thurley's engrossing book.'-Richard Morrison, The Times -- Richard Morrison * The Times * 'Thurley's text [is] knowledgeable, subtle, supple, by turns celebratory and sardonic.'-David Lowenthal, TLS -- David Lowenthal * TLS * '. . .[This] is a timely book documenting the long and passionate struggle for preserving historic buildings and sites.'-R. C. Richardson, THES -- R. C. Richardson * THES * 'In this absorbing book, the chief executive of English Heritage explores how, between 1900 and 1950, the British state amassed more than 800 buildings, monuments and historic sites and gave the public access to them. Thurley is a well-placed guide to the characters who enabled this collecting spree and to the challenges that they faced; he tells a vivid story of how the country successfully established a vast open-air museum'- Apollo Magazine * Apollo Magazine * 'State ownership makes conservation political and Thurley knows his cannot help but be a political book- Rosemary Hill, Sunday Telegraph. -- Rosemary Hill * Sunday Telegraph *

Simon Thurley is the Chief Executive of English Heritage. He was formerly the Director of the Museum of London, and the Curator of Historic Royal Palaces. 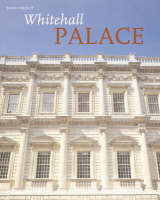 View All Books By Simon Thurley