Part of the Reginald Perrin Series

______________________________________ A classic collection of the hilarious Reginald Perrin books: The Rise and Fall of Reginald Perrin, The Return of Reginald Perrin and The Better World of Reginald Perrin, immortalised in two BBC TV series, now being repeated on BBC Four. Reginald Iolanthe Perrin is surely one of the best loved comedy heroes of our time, in both literature and television. This omnibus brings together the first three Reginald Perrin novels containing a lifetime's outrageous and hilarious adventures. When we first meet Reggie, he is sick to death with selling exotic ice creams at Sunshine Desserts. Driven to desperation by the rat race and the unpunctuality of Britain's trains, Reggie's small eccentricities escalate to the extreme, until finally he leaves the unacceptable face of capitalism behind by driving off in a stolen motorised jelly. In his pursuit of the unconventional, he devotes himself to faking his own death, opening a shop devoted to selling completely useless goods, and setting up a commune strictly for the middle-class and middle-aged. Join Reggie, who didn't get where he is today without some help from some memorable supporting characters, in one man's quest to avoid an everyday existence. 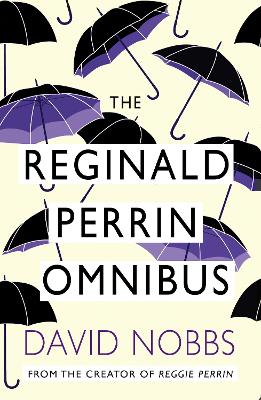