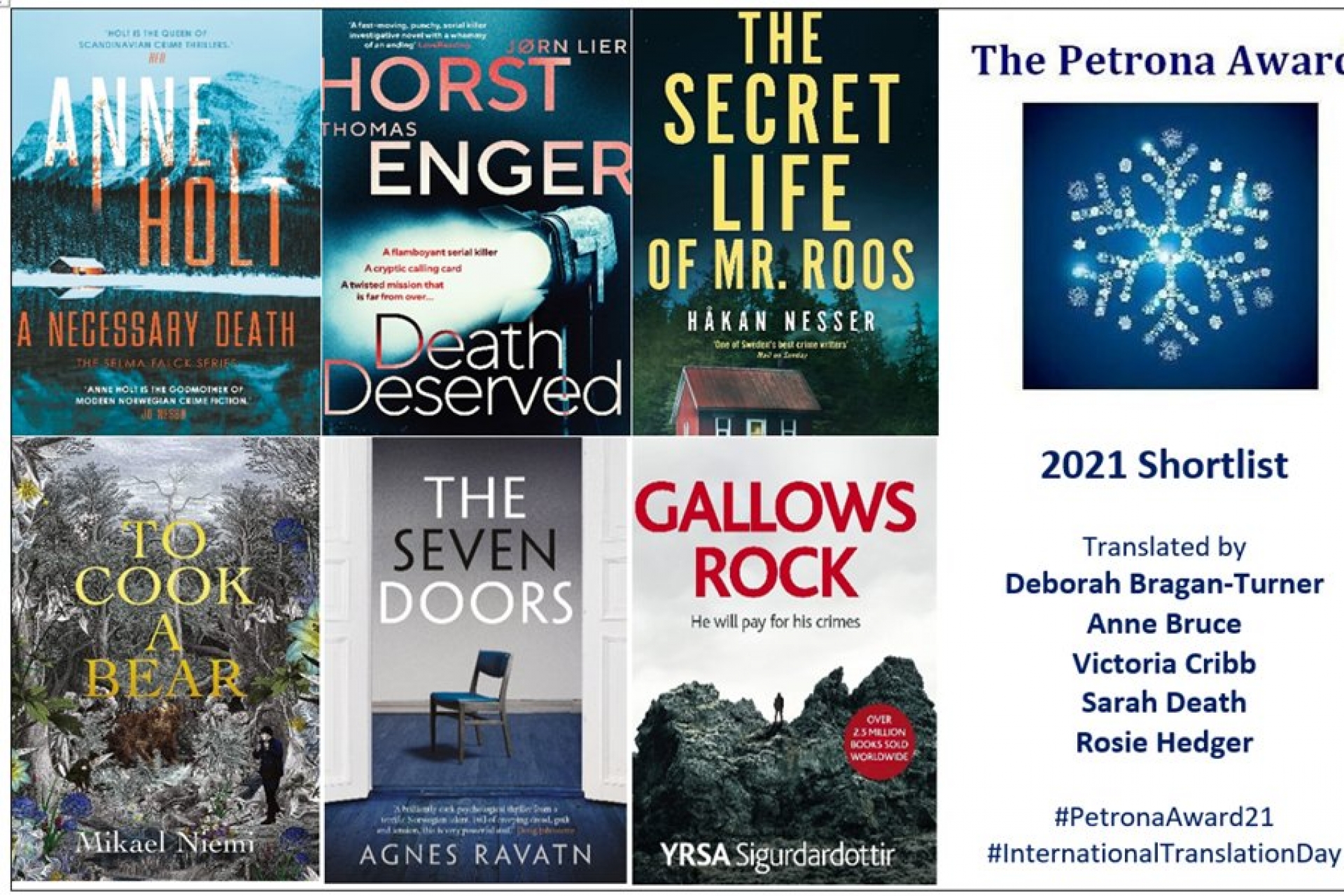 Outstanding crime fiction from Iceland, Norway and Sweden shortlisted for the 2021 Petrona Award

Six outstanding crime novels from Iceland, Norway and Sweden have been shortlisted for the 2021 Petrona Award for the Best Scandinavian Crime Novel of the Year. The shortlist is announced today, Thursday 30 September.

Death Deserved by Jørn Lier Horst and Thomas Enger and translated by Anne Bruce - LoveReading commented: "breathing fresh air into the fabulous tradition of Nordic Noir, if this is the first in a new series, then here’s to many more!" 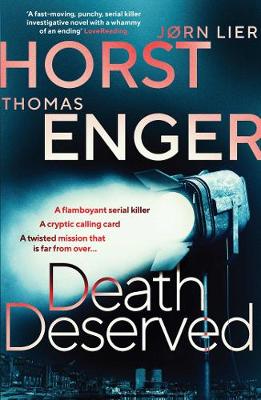 Death Deserved marks the beginning of an exciting collaboration between two of Norway’s most successful crime authors. Thomas Enger and Jørn Lier Horst are both already well known for their long-running ‘Henning Juul’ ­and ‘William Wisting’ series. Death Deserved, in which a serial killer targets well-known personalities, mines each writer’s area of expertise: the portrayal of detective Alexander Blix draws on Horst’s former career as a policeman, while Enger brings his professional knowledge of the media to the depiction of journalist Emma Ramm. The novel expertly fuses the writers’ individual styles, while showcasing their joint talent for writing credible and engaging characters, and creating a fast-paced, exciting plot.

The Seven Doors by Agnes Ravatn and translated by Rosie Hedge. LoveReading commented: "set in Norway, secrets are exposed as an investigation into a missing woman settles into a dark and penetrating read." 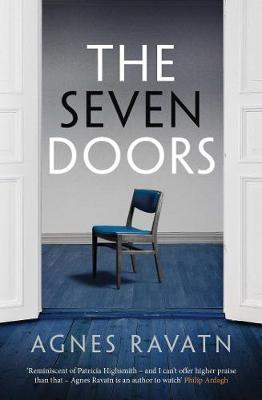 Agnes Ravatn’s The Seven Doors has shades of Patricia Highsmith about it: a deliciously dark psychological thriller that lifts the lid on middle-class hypocrisy. When Ingeborg, the daughter of university professor Nina and hospital consultant Mads, insists on viewing a house that her parents rent out, she unwittingly sets off a grim chain of events. Within a few days, tenant Mari Nilson has gone missing, and when Nina starts to investigate her disappearance and past life as a musician, worrying truths begin to emerge. A novel about gender, power and self-deception, expertly spiced with Freud and Bluebeard, The Seven Doors delivers an ending that lingers in the mind.

A Necessary Death by Anne Holt and translated by Anne Bruce 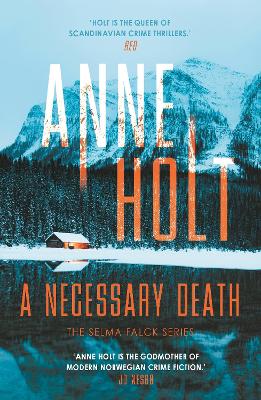 Anne Holt, according to Jo Nesbø, is the ‘godmother of modern Norwegian crime fiction’. Best known for her ‘Hanne Wilhelmsen’ and ‘Vik/Stubø’ series (the inspiration for TV drama Modus), she also served as Norway’s Minister for Justice in the 1990s. A Necessary Death is the second in Holt’s ‘Selma Falck’ series, whose eponymous protagonist is a high-flying lawyer brought low by her gambling addiction. The novel shows Falck resisting an attempt to kill her: on waking in a burning cabin in a remote, sub-zero wilderness, she has to figure out how to survive, while desperately trying to remember how she got there. A pacy, absorbing thriller with a gutsy, complex main character. 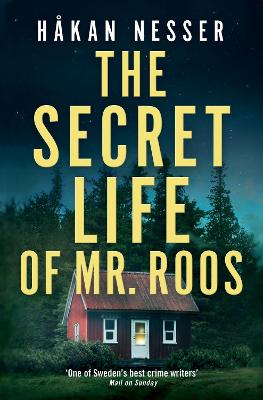 Håkan Nesser, one of Sweden’s most popular crime writers, is internationally known for his ‘Van Veeteren’ and ‘Inspector Barbarotti’ series. The Secret Life of Mr. Roos is the third in a quintet featuring Gunnar Barbarotti, a Swedish policeman of Italian descent, who is a complex yet ethically grounded figure. His relatively late appearance in the novel creates space for the portrayal of an unlikely friendship between Mr. Roos, a jaded, middle-aged man who has unexpectedly won the lottery, and Anna, a young, recovering drug addict of Polish origin, who is on the run. Slow-burning literary suspense is leavened with a dry sense of humour, philosophical musings, and compassion for individuals in difficult circumstances. 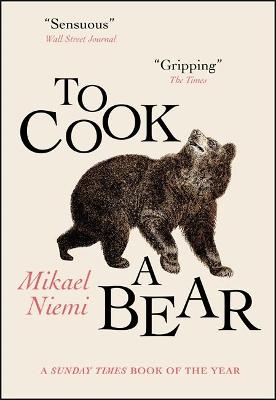 Mikael Niemi grew up in the northernmost part of Sweden, and this forms the setting for his historical crime novel To Cook a Bear. It’s 1852: Revivalist preacher Lars Levi Læstadius and Jussi, a young Sami boy he has rescued from destitution, go on long botanical treks that hone their observational skills. When a milkmaid goes missing deep in the forest, the locals suspect a predatory bear, but Læstadius and Jussi find clues using early forensic techniques that point to a far worse killer. Niemi’s eloquent depiction of this unforgiving but beautiful landscape, and the metaphysical musings of Læstadius on art, literature and education truly set this novel apart.

Gallows Rock by Yrsa Sigurðardóttir and translated by Victoria Cribb 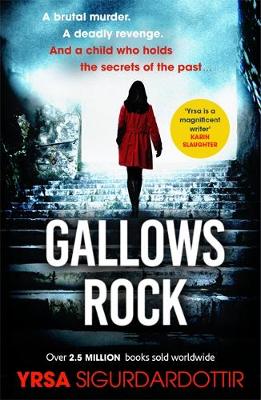 Gallows Rock is the fourth in Yrsa Sigurðardóttir’s ‘Children’s House’ series, featuring child psychologist Freyja and police detective Huldar as a reluctant investigative duo. Their relationship provides readers with some lighter moments and occasional black humour, along with a frisson of mutual attraction. The novel’s intricate plot focuses on skewed morals and revenge: what begins as a ritualistic murder at an ancient execution site in the lava fields – the Gallows Rock of the title – leads to the unearthing of a case of long-term abuse, whose devastating impact is sensitively explored. The author won the 2015 Petrona Award for The Silence of the Sea.

The Petrona Award is open to crime fiction in translation, either written by a Scandinavian author or set in Scandinavia, and published in the UK in the previous calendar year.

There were 28 entries for the 2021 Petrona Award from six countries (Denmark, Finland, Germany, Iceland, Norway, Sweden). The novels were translated by 17 translators and submitted by 20 publishers/imprints. There were 10 female, 16 male, one male/male pair and one male/female pair of authors.

The Petrona Award judges selected the shortlist from a rich field. The six novels stand out for their writing, characterisation, plotting, and overall quality. They are original and inventive, often pushing the boundaries of genre conventions, and tackle complex subjects such as class and power, the bonds of friendship, and the failure of society to support vulnerable individuals.