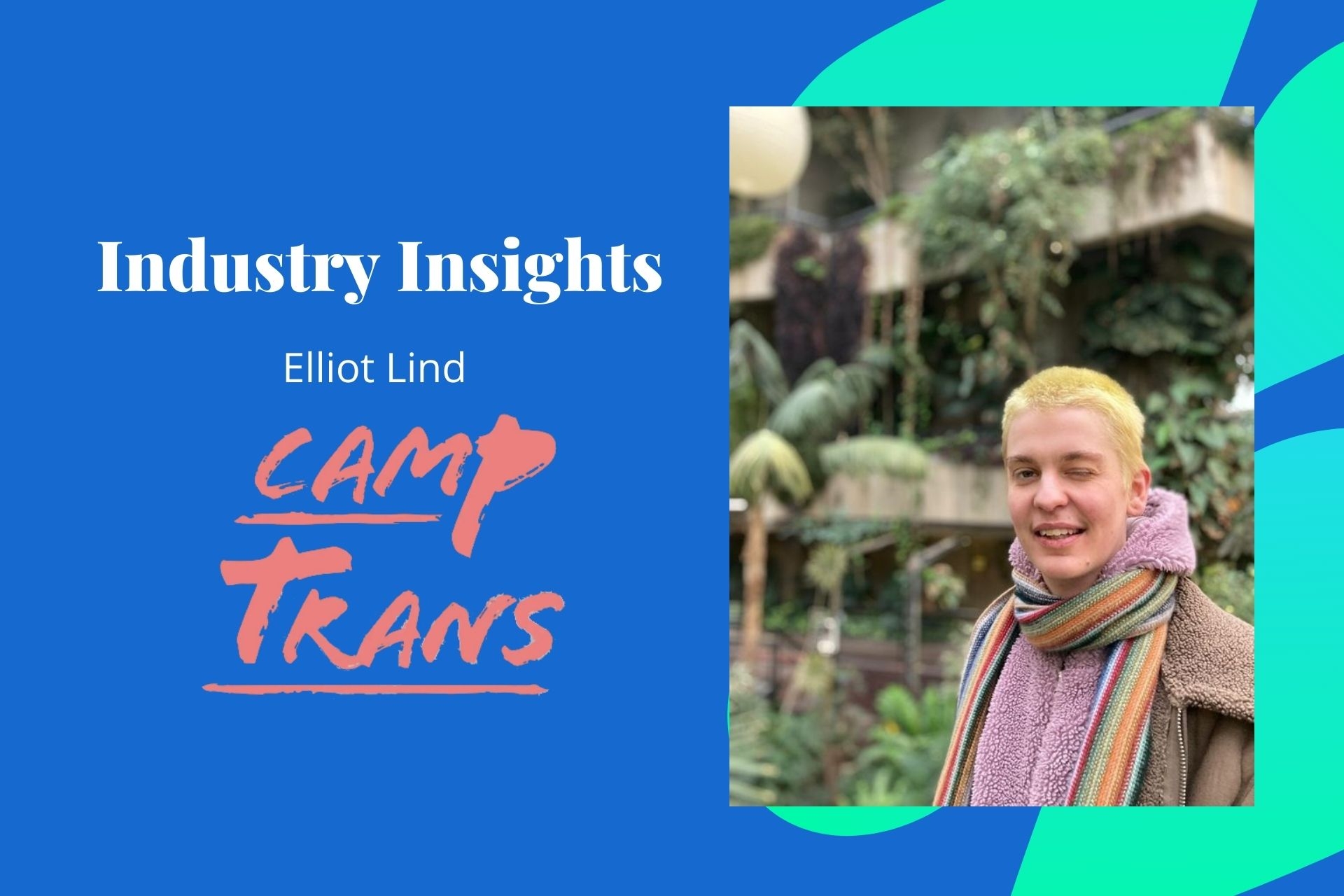 LoveReading exists because books change lives, and because stories and creativity matter. And, given that festivals provide one of the most nourishing environments for experiencing the transformative power of creativity, we’re delighted to share news of Camp Trans – an exciting arts and literature festival packed with workshops, readings and performances.

In a world in which many creators are being offered unpaid festival appearances on the grounds of it being “good for exposure”, Camp Trans is refreshingly egalitarian, and respectful of writers’ and artists’ time and expertise. In the words of Elliot Lind, one of the innovators behind the festival, “so much artistry and skills go under-recognised and unpaid. We wanted to pay people fairly”. 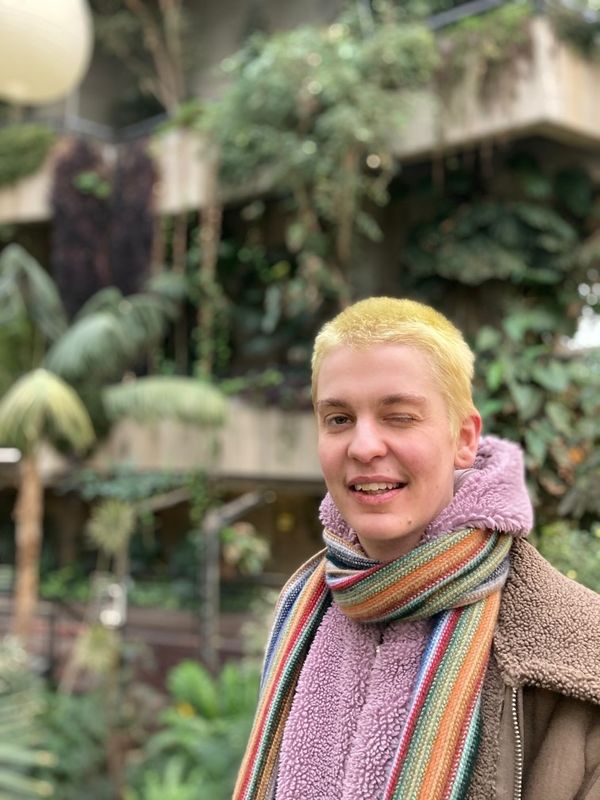 In addition, the festival is underpinned by an inspiring collaborative ethos that really hits home: “At a camp you have time to see something, talk with your mates about it, sleep on it and talk with someone new about it”. Huge thanks to Elliot for taking the time to talk to us.

What is Camp Trans?

Camp Trans is a small grassroots trans camping festival. There will be poetry readings by the bonfire, art exhibits and performances, artistic workshops, karaoke and silly stuff like slime wrestling.

Who’s the team behind Camp Trans? 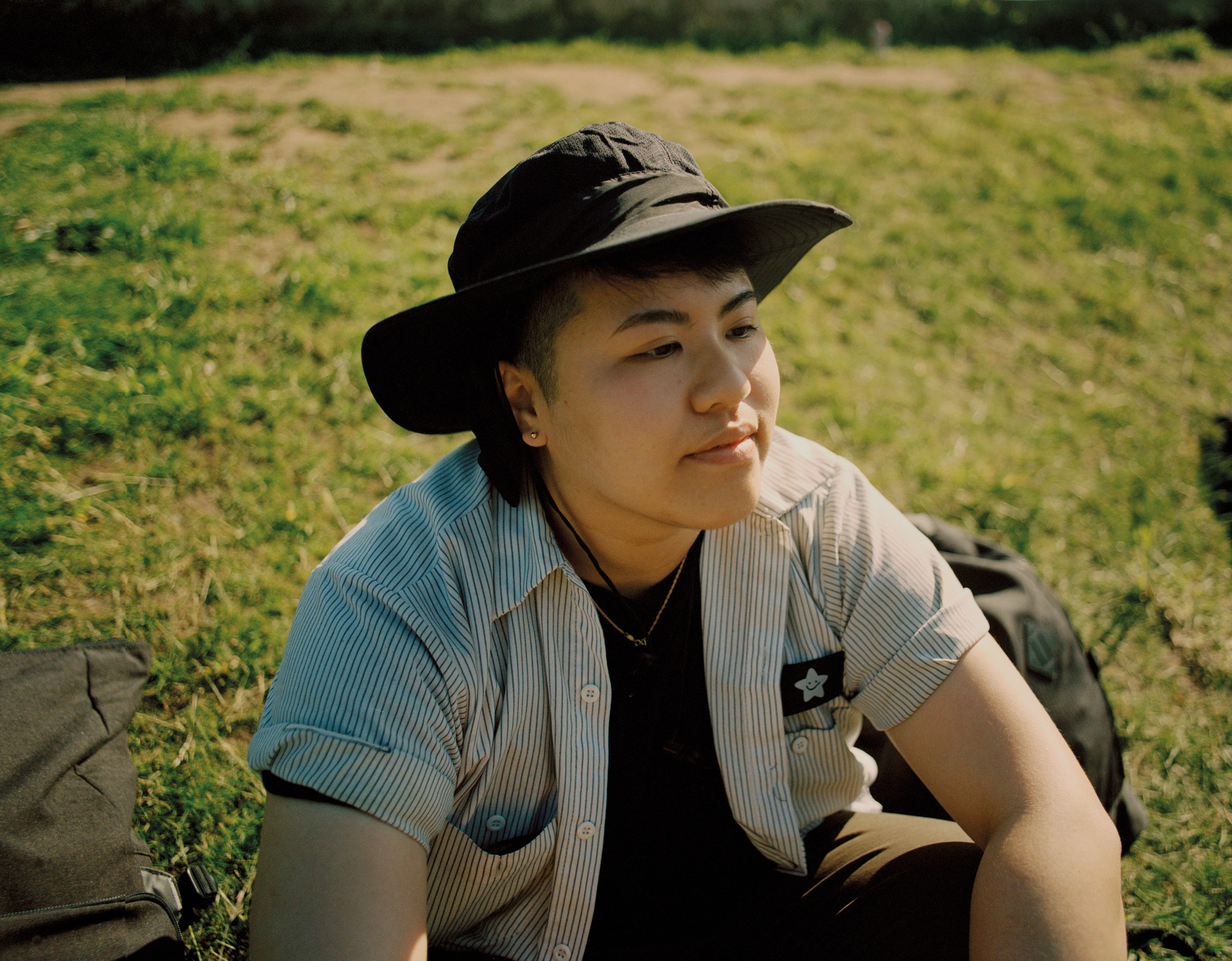 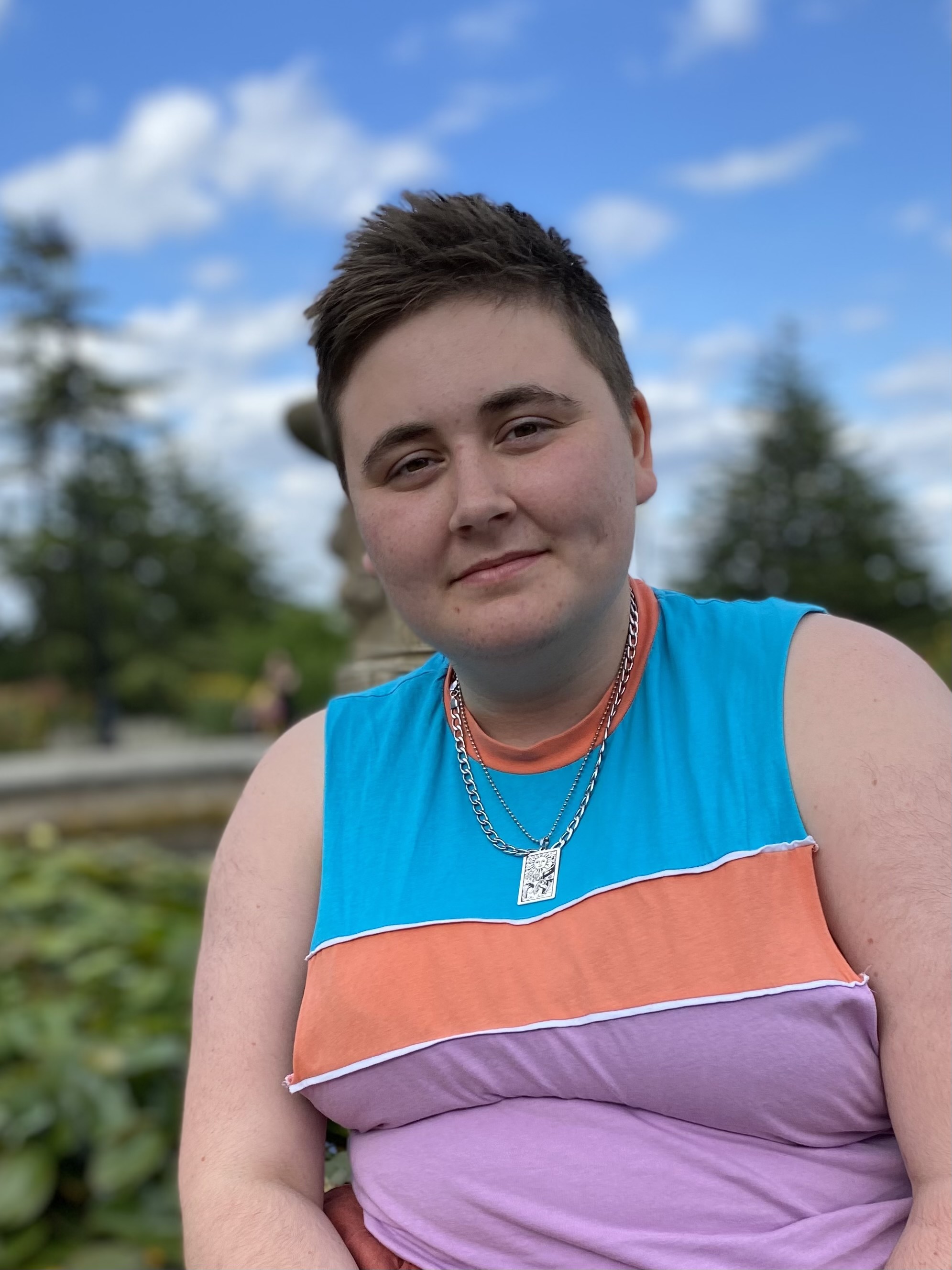 When and where will it take place?

How can people get tickets?

We are sold out for the festival but waiting lists are open - head to OutSavy to sign up. Also, come to our fundraiser event on the 7th of July.

Taking a step back, what led you to organise Camp Trans? How did the idea come about?

I used to go to a lot of poetry readings and art exhibitions. Sometimes galleries and literary venues are not the best places to experience art and readings because they don’t have a physical space to have a dialogue about the experience afterwards, which I think can be really important. And it can feel a bit network-y.

The idea of having a space, and dialogue outside of a cis gaze to experiment and try things out and have feedback really resonated with us. At a camp you have time to see something, talk with your mates about it, sleep on it and talk with someone new about it. We wanted a more nuanced discussion. 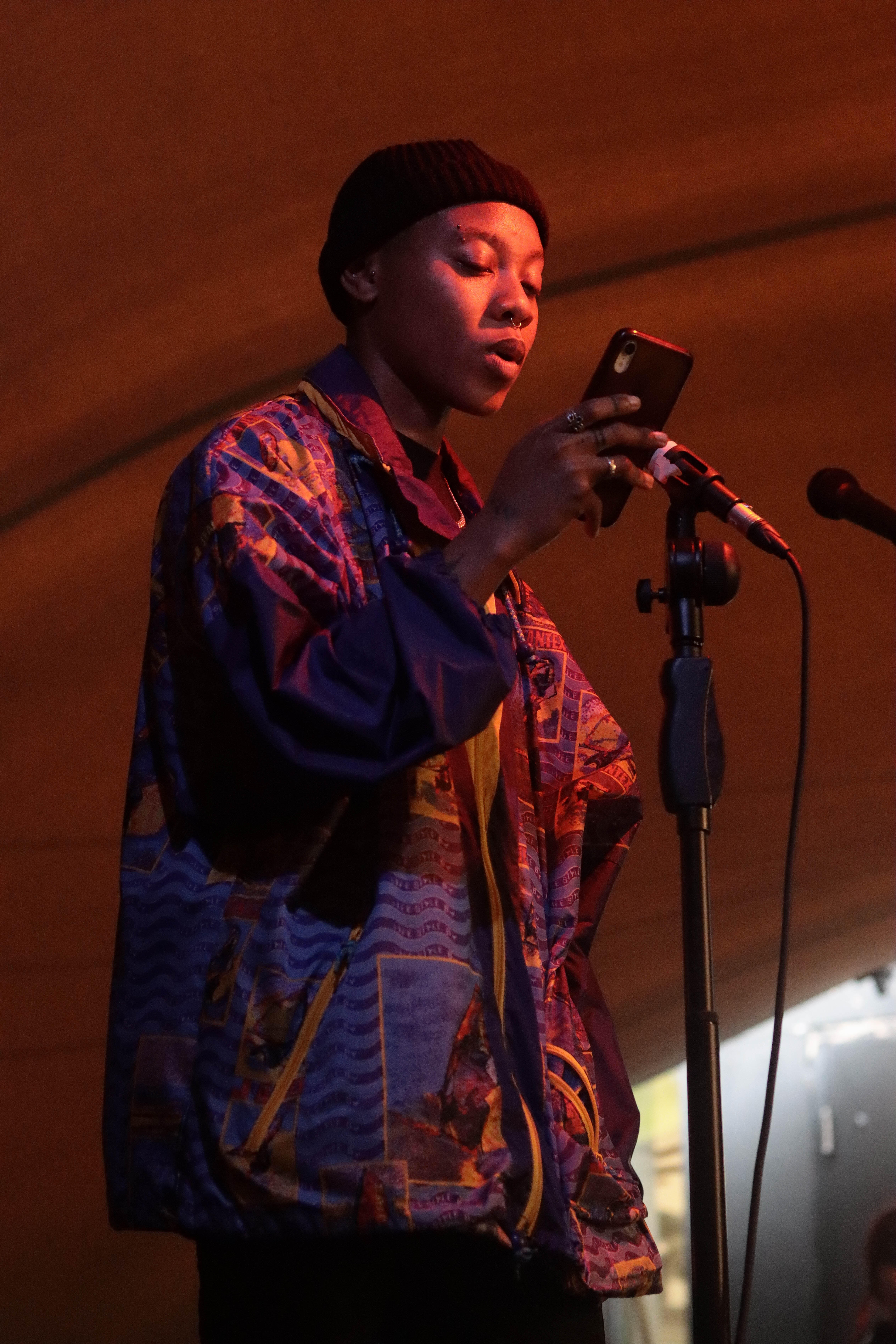 There is so much talent, and so much artistry and skills go under-recognised and unpaid. We wanted to pay people fairly which is why we are hosting a fundraiser party on the 7th of July. A lot of trans fundraisers end up passing the same curled £20 around among us. We need cis and straight people to actively take part in redistributing money: pay to the gofundmes that exist because of the economic disadvantages and medical gatekeeping trans people face. No matter the outcome of the fundraiser, the camp will go on, the question is whether we lose money on it or not.

The camp is built on an already existing community. We were inspired by UK trans lead initiatives such as We Exist, the trans artist collective KINESIS, and Oestrogeneration. Trans parties such as Body2body, T4T and sober spaces such as Transmission at VFD. Queer BIPOC events such as Pxssy Palace, Overflow and Misery. And many more.

We were also inspired by the Michigan Camp Trans which started as a protest camp when the Womyn's Festival didn’t allow trans women in. The experience and issues of the camp can be found in Imogene Binnie's Paris Review essay and Michelle Tea's essay.

This wouldn’t have been possible without the help of people sharing resources and information.

Which writers will be giving readings at Camp Trans Fest?

Marlo D Mortimer (they/he) is a writer from London focused on trans and crip narratives. They will be featured in Shia Conlon's journal of trans poetics ALMANAC this summer. 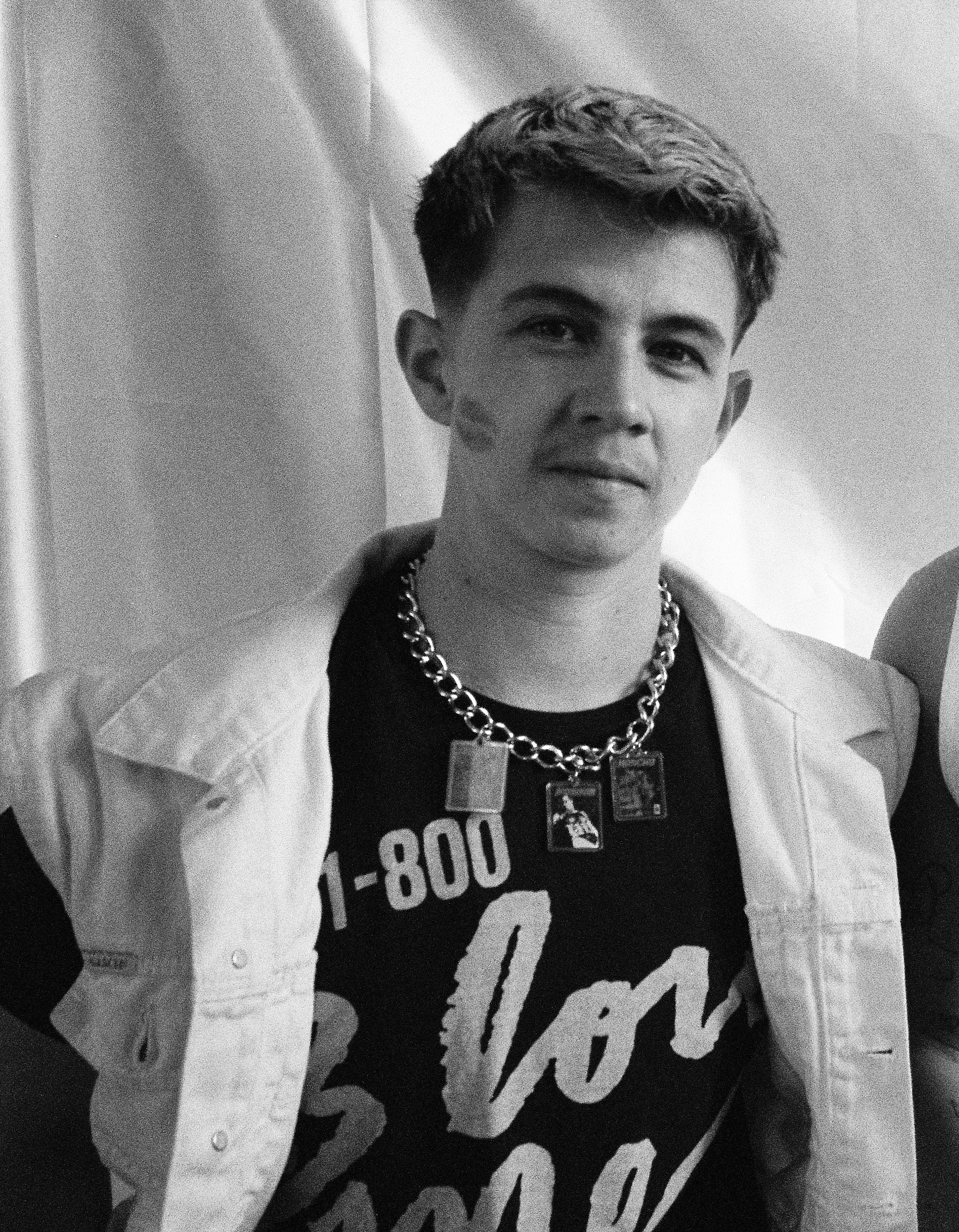 Hanon Gordon (he/they) is a 24-year-old London-raised, Manchester-based multidisciplinary creative. Their work has been described as deeply introspective and thought-provoking and covers themes such as identity, mental health and his life experiences.

Jaime Lock (they/them) is a poet from the Isles of Scilly, now based in London. Their work explores identity, affirmation, queer desire and joy, but mostly they write about people they fancy.

Tanaka Fuego (he/they) is a slam-winning, multi-published, international spoken word artist, performing sold-out shows at Edinburgh’s Fringe festival and Vault festival. From becoming a qualified mental health first aider, facilitating workshops for all people in identity and expression as a wellness practice to speaking at corporate events on diversity and inclusion - Tanaka is an artist dedicated to safe spaces until the world can become a safer space for those that are marginalized.

What workshops and events do you have planned?

Foraging with Queers as Fungi, Queer History Talk with Morgan Page, a Healing Session and exhibition with Tobi Adebajo, and slime wrestling.

Which authors (living or otherwise) would you invite to your dream literary dinner party?

Jay Bernard for their intellect and for coming off as well-worded and softspoken. Alison Rumfitt because she is funny, and writes darkly absurd. Brontez Purnell because he writes the best party anecdotes, and I would want to experience the party filtered through his writing. We would be serving IKEA meatballs in tomato sauce and spaghetti.

Harron Walker and Andrea Long Chu for sharing a cigarette outside the window afterwards, and quietly exchanging opinions.

Which books do you return to most often? Any beloved books from childhood?

Eileen Myles’ Chelsea Girl made me a lesbian when I read her at 21. Hilton Als made me a gay man and also afraid of life. Davey Davis made me a transexual. Their book X will be published by Cipher Press in October.

Who are your all-time favourite authors?

I think I’ve mentioned everyone but Imogen Binnie.

What’s the best book you’ve read in the past year?

They are best to read aloud together by your dearest friends in a twin bed.

Stay up to date with the festival and team on Insta: