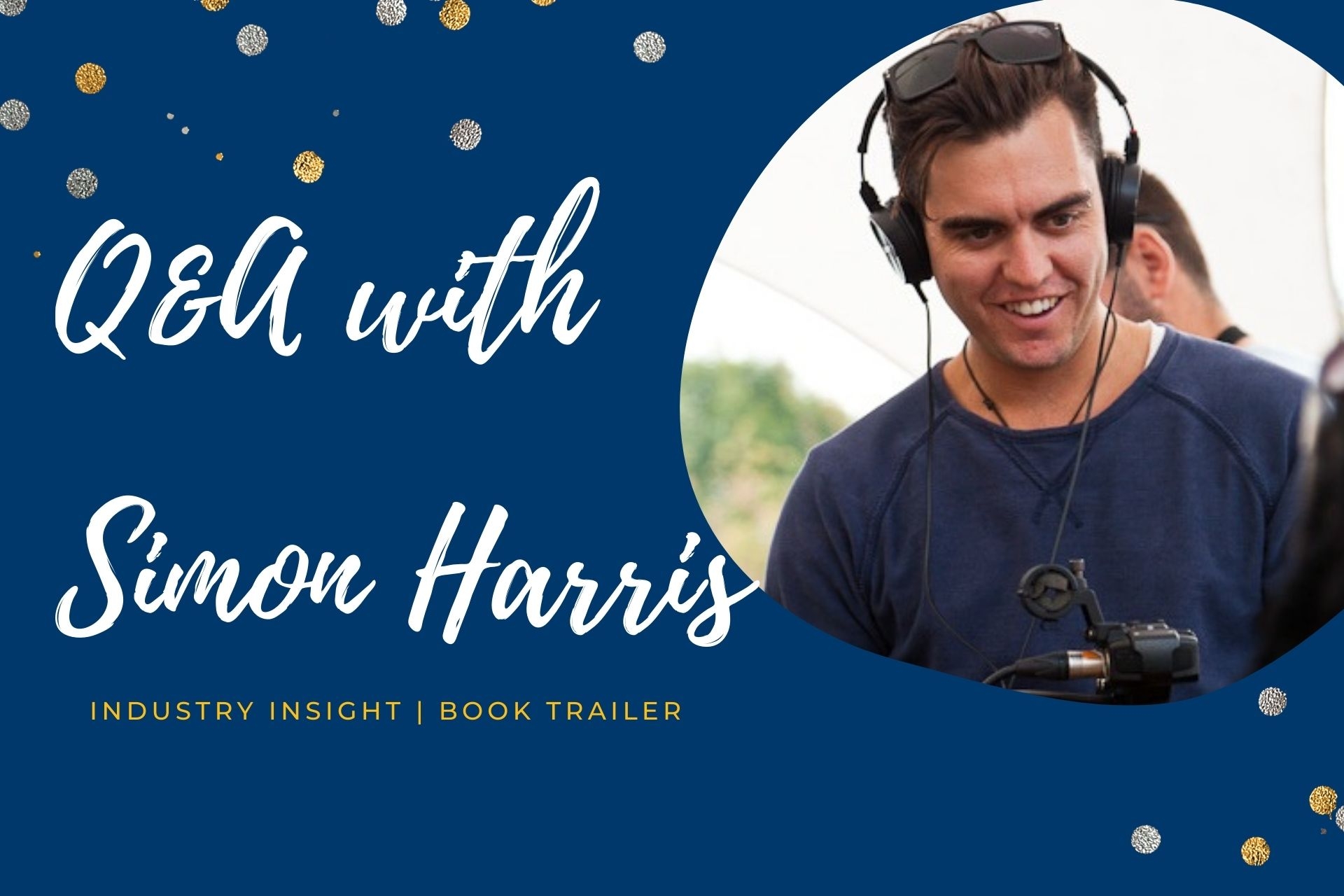 In our Industry Insights series we want to bring you behind the scenes of all aspects of creating and promoting a book. We've featured the creation of Raven Books with Alison Hennessy, Avon Book's open submission process with Beth Wickington and cover design with Studio of Ideas. Now we want to take a look at how a book can be transformed and shared on a completely different medium.

Book trailers use their own form of storytelling to grab your attention, immerse you in an atmosphere entice you away from your social media feed to track down the title at your nearest bookstore. While sharing the book love for The Package by Sebastian Fitzek last month, we were utterly chilled by the tension that developed so quicky in the trailer, written, produced and directed by Simon Harris and we were keen to find out more about his inspiration for this piece and his work more widely.

Tell us about your role as a film and video director and how you started working on book trailers?

I’m a freelance film and video director working in London making commercial and branded content. I started out making music videos and I also try to make a short film every other year or so. I’m currently writing a short film and I’m in pre production on a feature film too. I think that it’s this small background in drama that attracted me to Head Of Zeus publishing with a view to making the trailer for The Package. HOZ put a post out on LinkedIn and I replied. I sent them a detailed video treatment outlining the visual style and tone of the trailer, as well as the script for the piece. I also included a mood board with photo references of Hollywood movies I was influenced by, namely The Invisible Man with Elizabeth Moss and The Girl On The Train starring Emily Blunt. This was my first book trailer but I’d love to do more! I think it’s a somewhat unexplored promotional genre. 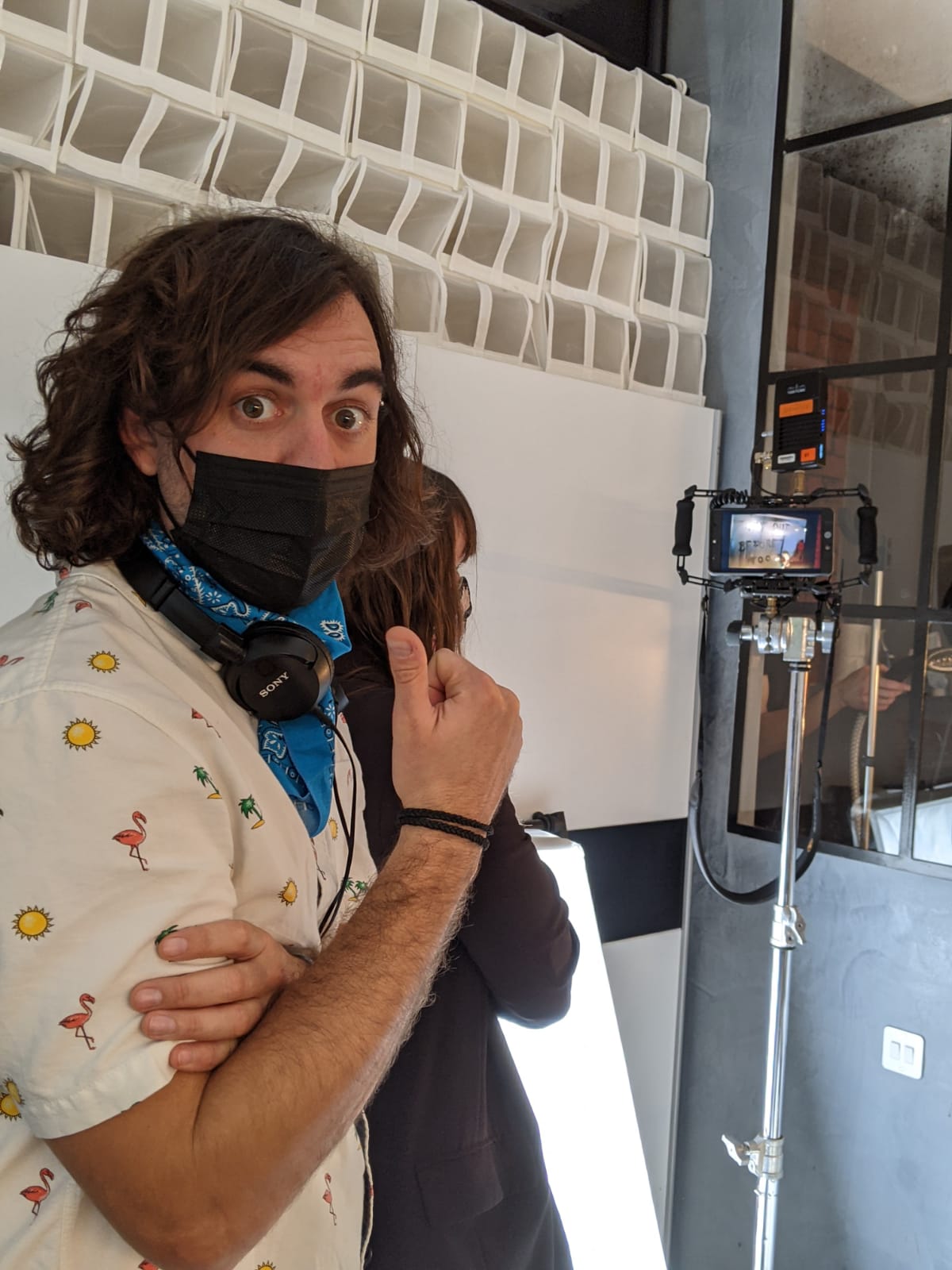 When it comes to your particular role, what do you enjoy the most?

On The Package I was the writer, producer and director. Coming up with and writing the idea was fun and very rewarding, I loved reading the book and marking out scenes to include, imagining how we might light and shoot them, what sort of performance I wanted from the cast and how we could bring in music and sound design to tighten the tension. However, as I was pitching against other creatives and production companies, I always had the worry that what I had created might not make it onto screen. But, when you’re directing it’s all happening, you’re there with your guys and girls and the film is being created literally in front of your eyes, on the monitor. My favourite thing about being a director is working with other people, listening to what they have to say and coming up with ideas together. The most important thing is to get your cast and crew into the zone, if they understand in which direction you are trying push the film then they can help you get there.

Are you constantly on the lookout for new ideas even when off-duty?

Yes! I always try to stay on alert for new ideas and possible filming situations. I’m currently writing a feature film with a mate and a short film with another. I’d love to do another book trailer, just need someone to front the cash! 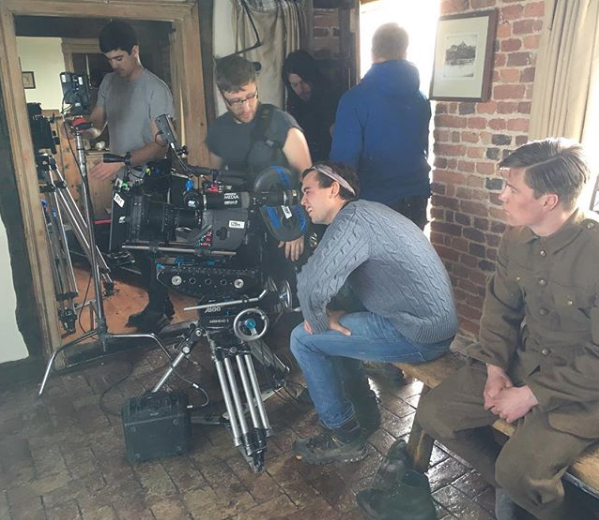 Do you have a favourite genre of book to create trailers for?

Well, The Package was a psychological thriller which was great as you can play with the characters’ perception of reality. A thriller also has a tense, high energy pace which is fun to create. However, I would be interested in tackling another genre. Perhaps a rom-com or a mystery, I’d especially like to try and make a trailer for a children’s book.

Is there a book, new or old, that you would love to work on a book trailer for?

I’d love to make a trailer for For Whom The Bell Tolls by Ernest Hemingway. My grandad recommended it to me not long before he died and I absolutely loved it, it was so rewarding to be able to bond with him about it even as we were from completely different generations with years between us. That’s what a great book can do I suppose, transcend social barriers like age. It’s a great story with some awesome scenes and a very specific and interesting setting. In fact, I’d love to make an updated film adaptation, not just the trailer! 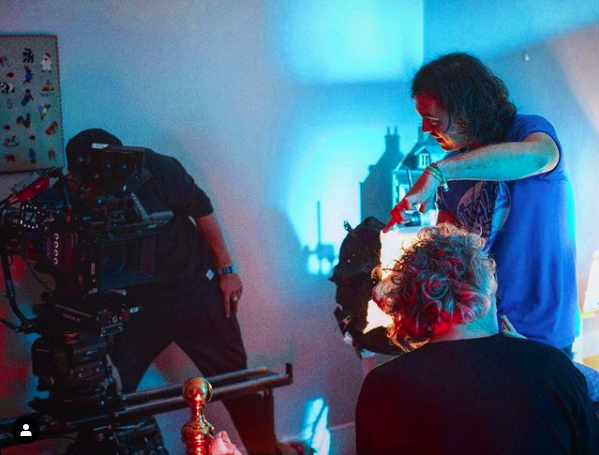 Since you first arrived in the industry, what is the one thing that has remained constant, and what has been the biggest change or challenge?

Since I first started there has always been the need to tell an interesting, innovative and persuasive story. Whether that’s for a brand, a product, a person or just for the sheer hell of telling it. I hope that will never change as stories are what bind us together as people and give us the ability to think differently and dream bigger. The biggest challenge faced by filmmakers is getting their stories told. We need the people with the money to invest in new and diverse stories that may have not been told otherwise. That could be to promote a product or brand, a TV show, a short film or even a book trailer.

What advice do you have for anyone wanting to work in this field?

I do a bit of guest lecturing at Bournemouth University and what I tell the students when they ask me the same question is: keep going! It’s not easy, especially at the moment. But do what you can to make sure you remain active and keep exercising your filmmaking muscles. That could be writing a script for a short film or even a speculative commercial idea, borrowing your mate’s camera to film some birds in the park or interviewing your mum, anything! I’m still going, I certainly haven’t made it yet. 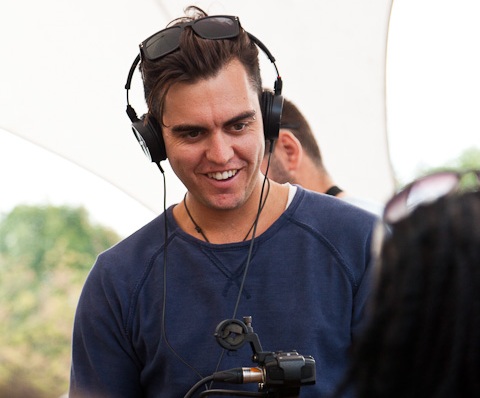 Do you get to read often, and if so what's your preferred genre?

I do love sci-fi. Philip K. Dick is a favourite of mine, I’ve read most of his books. I read The Man In The High Castle twice through, I literally finished it and turned back to the beginning and started it again, there was so much going on I needed to enjoy it again! I also read The City And The Stars by Arthur C. Clarke. However I like to mix it up so right now I’m reading The Desert And The Sea by Michael Scott Moore a true account of how he got held captive by Somali pirates for 977 days. I also enjoyed Junky by William S. Burroughs, a strange but beautiful little book about a man and his heroin addiction.

What would you like our readers to know about your work?

I love making films. It’s a passion of mine and I don’t intend to stop any time soon, no matter what Mr Corona has to say about it! Please do get in touch if you have any ideas for a script or just want to ask me anything about filmmaking. I’d be happy to answer any questions if I can. Email: ontourfilms@gmail.com.

Keep up to date with Simon Harris:

Click to read our Q&A with Simon and Sebastian Fitzek about The Package.

If you enjoyed this, check out our other Industry Insights features.