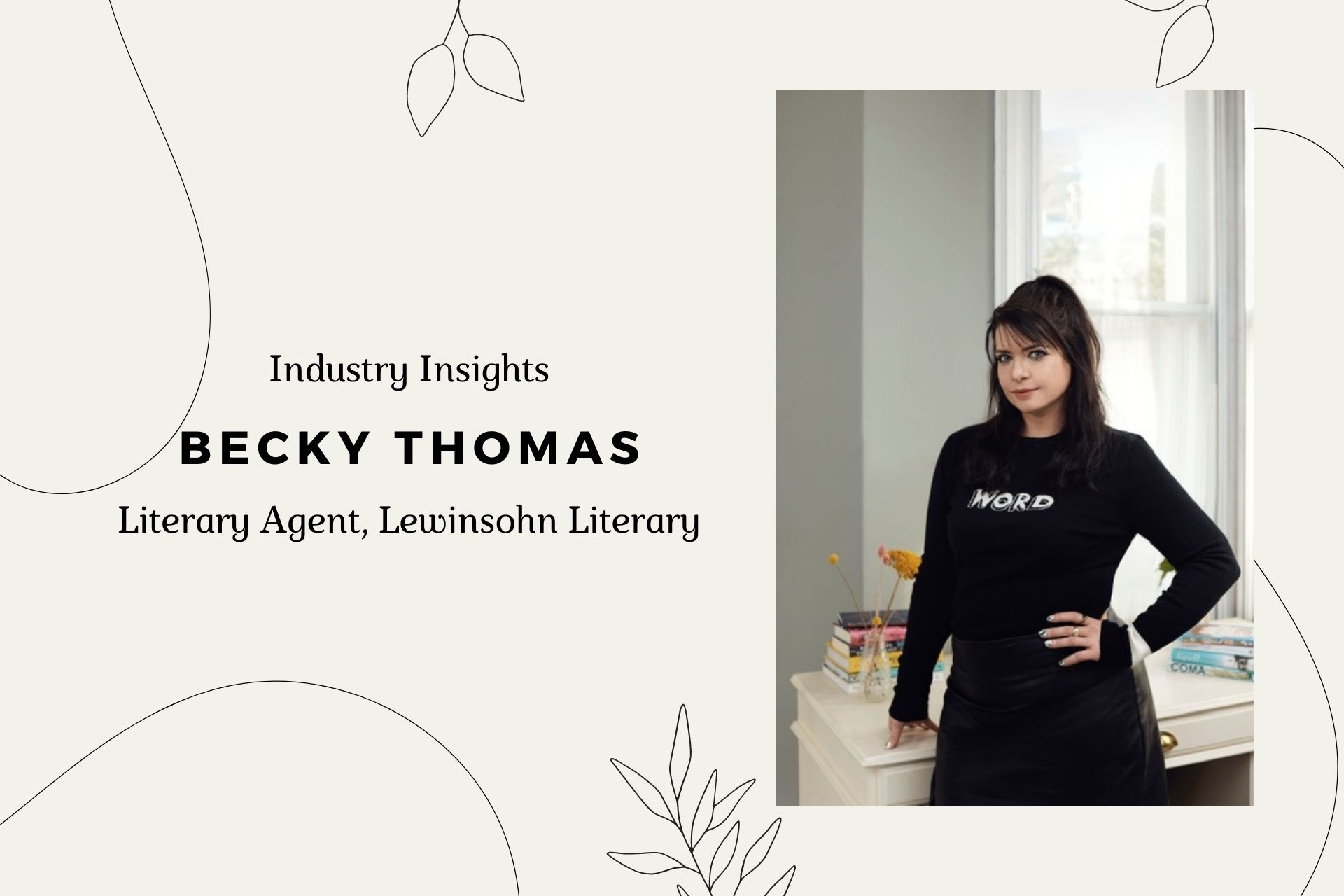 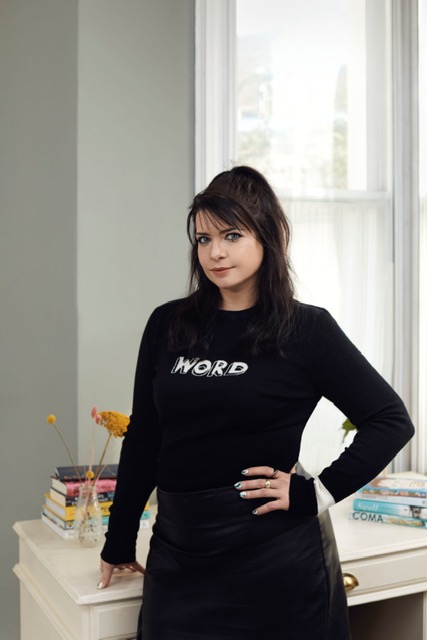 “Remember who you are, what you are, and who you represent” - Becky Thomas’ Lewinsohn Literary agency is underpinned by this rather excellent ethos (coined by Arsenal legend David Rocastle). Wise words to live by, with added pertinence for an agent representing a mightily broad roster of exceptional writers.

Becky’s clients include trail-blazing musicians and performance poets, world-class photographers and biographers, innovative novelists and contemporary commentators. As an example, some of the books I’ve personally loved include Dean Atta’s award-winning YA wonder Black Flamingo, Viv Albertine’s raw and exhilarating memoir of a life in music, Gemma Cairney’s inspirational toolkit for teen girls, and Douglas Cowie’s exceptional reimagining of the affair between Simone de Beauvoir and Nelson Algren. How that’s for expansive scope? These are authors and books that stand out from the crowd.

Becky’s invincible commitment to her authors and agency brings to mind the words of another legend (who, as it happens, is one of the dream literary dinner party guests she mentions below) - “If you do not believe you can do it then you have no chance at all”. Becky believes in her authors, believes in their books, and so gives them the best possible chance of success. Read on to find out about her fascinating publishing career path, from starting out managing Estates at Faber, to founding the Lewinsohn Literary in April 2021.

How did you first get into the publishing world? Was it a long-held aim?

In a very accidental way. While I did an English lit degree, I had no real idea knowledge of the publishing industry, let alone how to get into it. After graduating, I did a number of random temping roles and the recruitment agency I worked for found me a part time temporary role at Faber (in 2005) when I’d had enough of travel insurance, and I loved it so much, I clung on until they hired me!

What first drew you to agenting?

My job at Faber was a unique one that involved looking after the Estates and un-agented poets like Seamus Heaney, and the skills I learned doing that were most transferable to agenting - namely, author care and negotiating deals. And I was keen to work on new books and authors, and not just license old classics. A Contracts Director maternity cover job came up at an agency and it was the perfect way to see if I liked that side of it.

You recently left the Johnson and Alcock agency to found your own agency. How did that come about?

Lockdown made me realise exactly how dynamic I could be on my own and how needed the voices on my list were. While I had brilliant colleagues at J&A, and there was no other agency that I wanted to work for, I had been there eight years and decided that emerging from the pandemic afresh with a vision for how I would like to grow and direct my list and shape the future of it, just felt like a natural step.

What sets your editorial heart a-fluttering?

First and foremost, across all genres I represent, the voice is key and the hardest thing to quantify. If the voice is engaging, you can tell quite quickly. I’m naturally drawn to stories and concepts that rework the traditional, making their insights into their specific world both relatable and showing me something new.

Many of your authors have links to performance and music. Did you make a deliberate decision to seek out musicians? Do you have a wish-list of performers you’d like to represent?

Music has always been my passion (alongside football!) and so while it wasn’t a deliberate decision, it imbues a lot of what interests me. I’ve always loved attending events and festivals that showcase those artists. There’s a natural crossover between a songwriter and story writer, to my mind. I don’t have a wish-list (and Prince is no longer around) but should Kylie want to do her memoir, I’m here for you babes!

One that feels serendipitous is Richard Milward. I first met him when he was an un-agented author and prodigious young talent in 2006, and I was selling his stage rights at Faber. I then met my future boss and got hired by her, his then agent, at his second book launch in 2009 and we continued to work together for four years. Some years later when he was again un-agented and I was a fully-fledged agent, I pitched to him to join me and now we are plotting his next publication. I also - in a roundabout way - introduced him to his wife, who was working on a magazine that I placed his stories with. His wife, the incredibly talented Beth Davis, shot my website photos!

What’s your career highlight to date?

Whenever my authors are given due recognition, especially if it’s taken a while and broken some moulds, it’s a highlight. So Kae Tempest and Hollie McNish both winning the Ted Hughes Prize, and becoming bestsellers, meant a lot. But every time I get to tell an author that they’re going to be published, it’s a highlight. 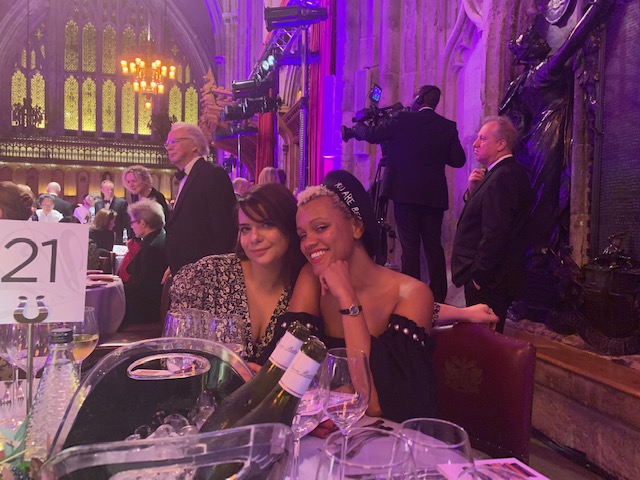 What advice do you give your clients most often?

So much is timing, and finding the right fit. If you don’t have a 10-way auction for your book overnight, it doesn’t mean you won’t find the perfect publisher and success story. It just takes one person to have a vision and room for it. Also, don’t give up the day job! Books will seldom be your sole career.

Which book(s) have you re-read most often?

Which authors would you invite to your dream literary dinner party?

Aside from my own list, Ali Smith, Mhairi McFarlane, Willy Vlautin, and Arsène Wenger!

Give us an elevator pitch for some of your upcoming books.

There’s so many to mention! To show my range, I’ve just sold a book of hybrid essays with the loose narrative thread of the writer’s love for Michael Jackson, how we deal with projection and manifesting what love means through our idols, and what we do when those heroes turn out to be problematic; an up-lit novel in the vein of Nick Hornby and David Nicholls, about a newly divorced man with a failing travel agency who has lost his wanderlust and finds solace in the unlikely shape of his daughter’s ex-boyfriend; and a collection of beautiful poetry about grief, friendship and masculinity.

When you’re not agenting, how do you like to spend your time?

Trying to switch off! In non covid times, watching football, swimming, dancing, attending gigs and festivals and where possible, combining all those with travel. During the pandemic, conversations and red wine with friends around my firepit have been a lifesaver.

Tell us a secret about books

An eBook is cheaper than a greetings card and will enrich you and someone else’s life a hundred times more.

Huge thanks for Becky for taking the time to talk to us - you can read more about her authors here. And, if you’re a writer interested in understanding why you might need an agent, and how to get one, our Aspiring Authors articles have you covered.