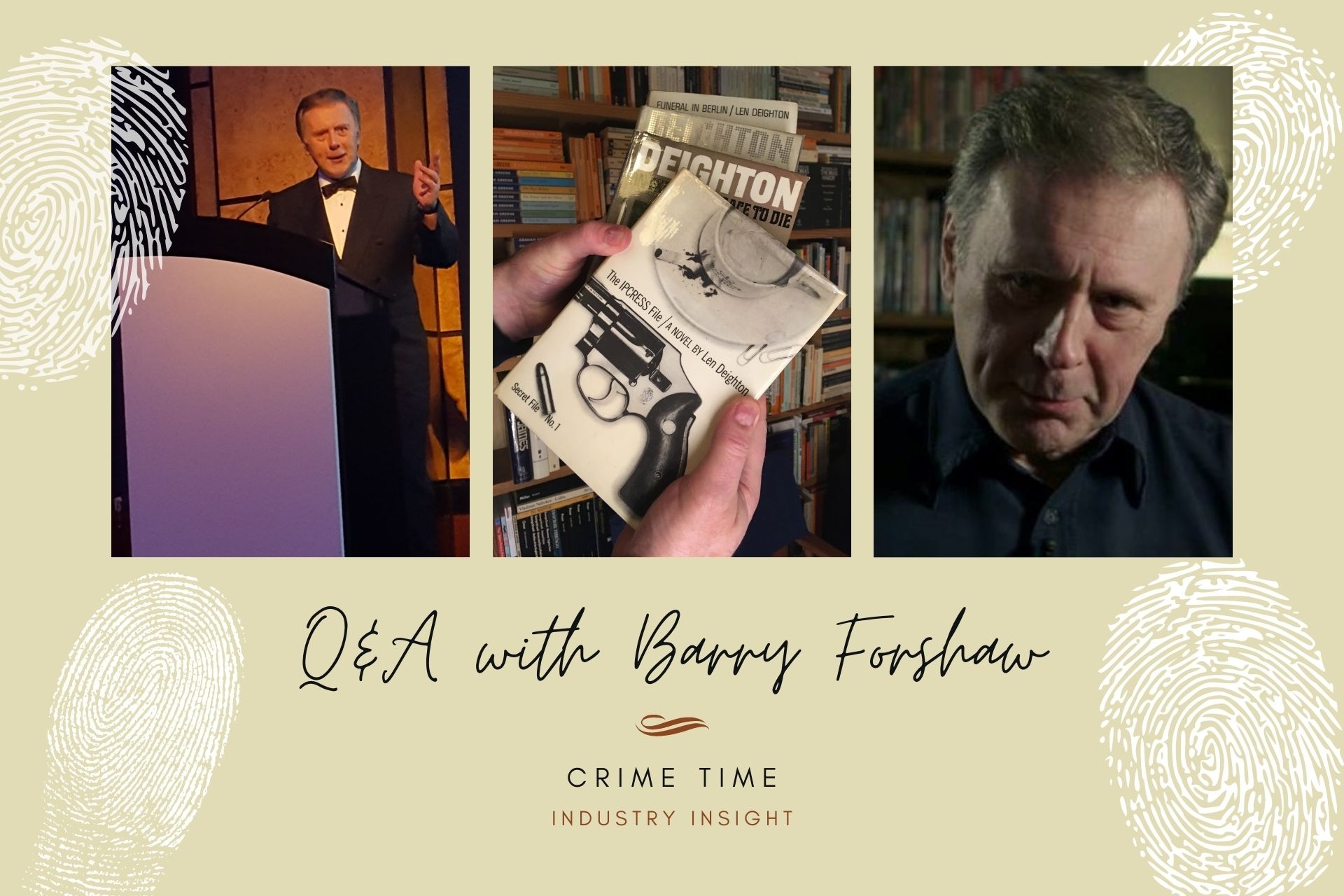 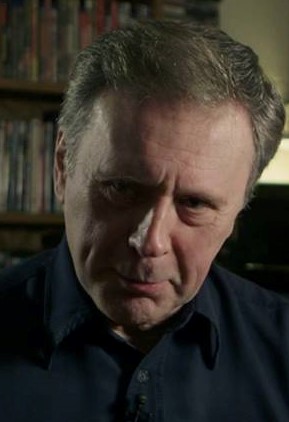 Barry Forshaw writes on crime fiction and film for newspapers and magazines. Books include Crime Fiction: A Reader’s Guide, Keating Award winner Brit Noir (plus Nordic, American, Euro & Historical Noir) & British Crime Writing: An Encyclopedia (also a Keating winner). He provides extras for Blu-rays & edits Crime Time (www.crimetime.co.uk). Crime Fiction: A Reader’s Guide really is a must for any crime fiction lovers out there. It was first published ten years ago, was updated in 2019, and is stuffed full of information, including his selection of the best in crime writing.

I loved reading Barry’s answers, he obviously hits each day running in order to fit everything in. His bookcase photo is a stunner and provoked much envy in the LoveReading team!

What did you love to read as a child, did any of those choices grow into your love for crime fiction?

The first book that I remember making a considerable impression on me was not crime: it was HG Wells' The Time Machine, which I reread at intervals for its astonishing visionary qualities. The first key crime novel for me came later – as with so many people, it was Raymond Chandler's The Big Sleep - followed closely by what Graham Greene called his 'entertainments': The Ministry of Fear, etc.

Tell us about your career journey.

Well, journalism right from the start, with local papers in the North of England before moving to London and The Independent, The Times and the Guardian: my main gigs these days are as crime critic for The Financial Times, plus things for the 'I' and various magazines. Wearing my other hat, I provide commentaries, booklet essays and to-camera pieces for Blu-rays - and not just for crime movies; I've written about all kinds of film in my books, including Italian Cinema. I host the Crime Writers Association Dagger Awards. Oh, and in the middle of this, for eight years, I was also a professional illustrator – namely for girls' comics such as Spellbound and Jackie! 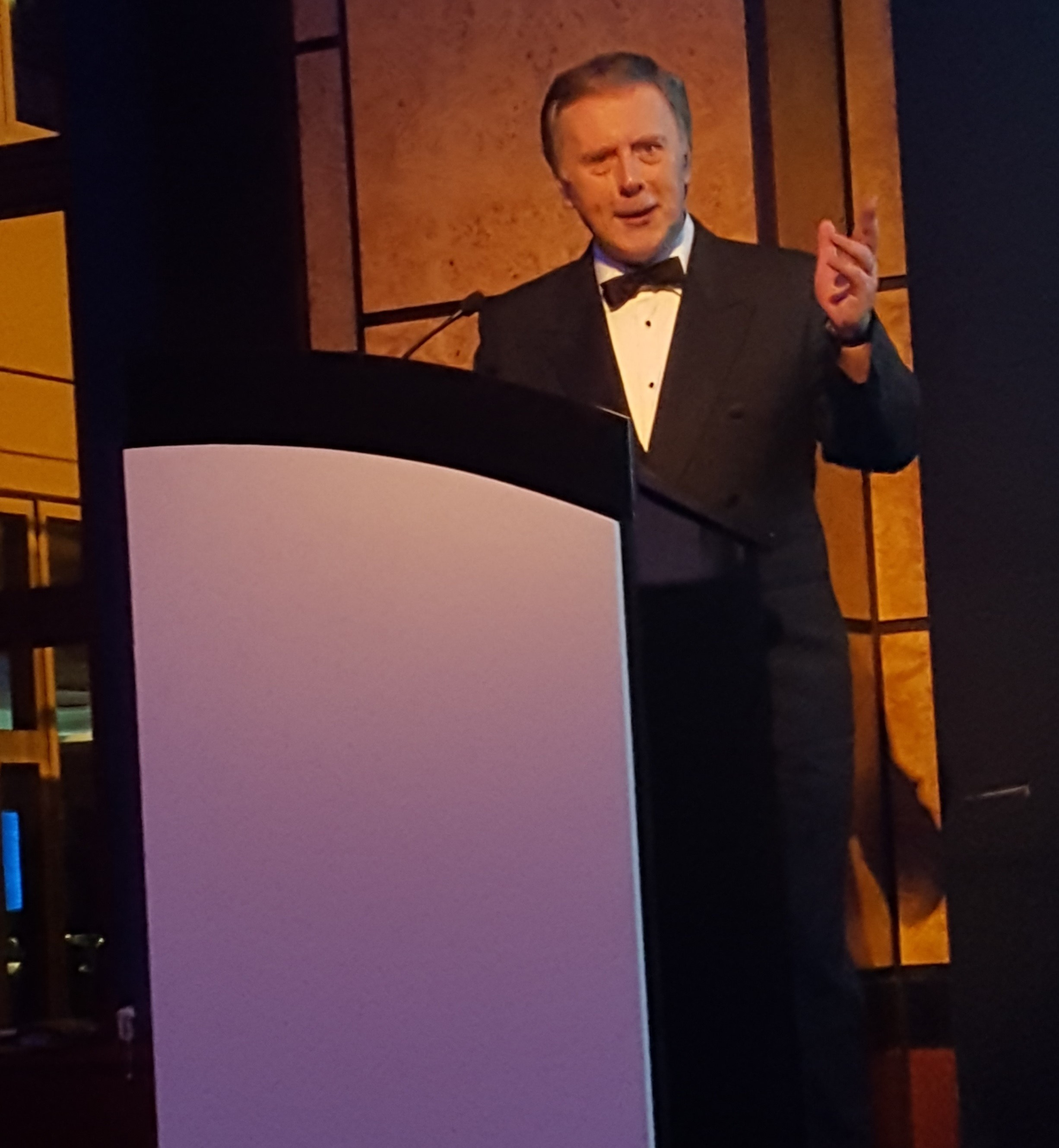 You’re a leading expert in all things crime fiction, did you ever consider entering the policing world?

Not for a second!

There are a huge number of sub-genres within crime, do you think there is one that isn’t as recognised as it should be?

I suppose that would have to be translated crime fiction, i.e. things written in languages other than English. It's popular but still niche. I've written several books on the subject such as Nordic Noir and Euro Noir.

Tell us about your role as editor of crimetime.co.uk, what does a usual day look like for you?

Basically, juggling. Trying to decide which is most pressing of my various gigs - from writing for newspapers, writing books, filming things for Blu-rays or editing submissions for Crime Time. My default mode is always to be slightly overcommitted – which I think is the ideal way to lead one's professional life, isn’t it?

You want to escape reality for a few hours, how do you decide between a film or book?

I'm rather a creature of habit: books in the afternoon, films in the evening, back to books by the time the moon is shining

Do you ever re-read or re-watch, or does your job mean you are always onto the next new book or film?

You've just nailed the absolute bane of my life: lack of time! I always have to be reading new novels and watching new films, but I'm determined that won't stop me dipping into my favourite books and films again. In fact, it's mostly older films that I do things for in the Blu-ray idiom – and for me, that's money for old rope: getting paid to talk about the films I love!

Do you think there are any unexplored avenues left for crime authors?

There are very few areas these days that have not been exhaustively utilised – but as crime fiction is cyclical, everything comes round again.

The principal appeal of the genre is allowing us to take a vicarious journey into the dark areas of human behaviour - ones that are otherwise closed off to we law-abiding types!

Which crime fiction character do you think would make a good author and why?

Can we see a photo of one of your favourite bookcases or shelves?