Now in its third successful year, it's time for the 2021 Longlist - and hurrah for that! Comedy Women In Print is the brainchild of comedian, author, actress and the all round fabulous female that is Helen Lederer.  Launched in response to the lack of exposure of female comedy writing, the CWIP Prize celebrates both fresh and established talent and its aim is to recognise and encourage witty women authors. And it has done just that since its launch in 2019.

It's the UK and Ireland’s only prize to shine a light on funny novels by women and offers something for everyone, after 18 months of readers turning to books for comfort and escape.

“What a marvellously diverse longlist! Humour is the thing that connects and reflects all of humanity; and I'm really looking forward to immersing myself in the wit and wisdom of these amazing women, and bringing their voices to the attention of a wider public.”

Lockdown seems to have driven aspiring writers to find the funny side, with entries for the Unpublished Prize up 26% on last year. 12 writers are longlisted in the Unpublished Comic Novel category.

The CWIP published winner will receive a cash prize of £3000 from the Author’s Licensing and Collecting Society (ALCS). For the unpublished category, recognising rising comic talent, the winner will receive a publishing contract and a £5000 advance from HarperFiction. The unpublished runner-up receives a place on the University of Hertfordshire MA course in Creative Writing or Writing Mentorship, consisting of four meetings with a professionally published author from the Creative Writing Team. A second runner-up will receive a place on the online MA in Comedy Writing from Falmouth University – the first of its kind in the country. Bestselling author Marian Keyes has judged the Prize for the last two years and is now CWIP’s supporter and patron. CWIP 2021 is also supported by Scrivener and The Writers’ Guild.

The Comedy Women in Print Prize 2021 longlist for Published Comic Novel is: 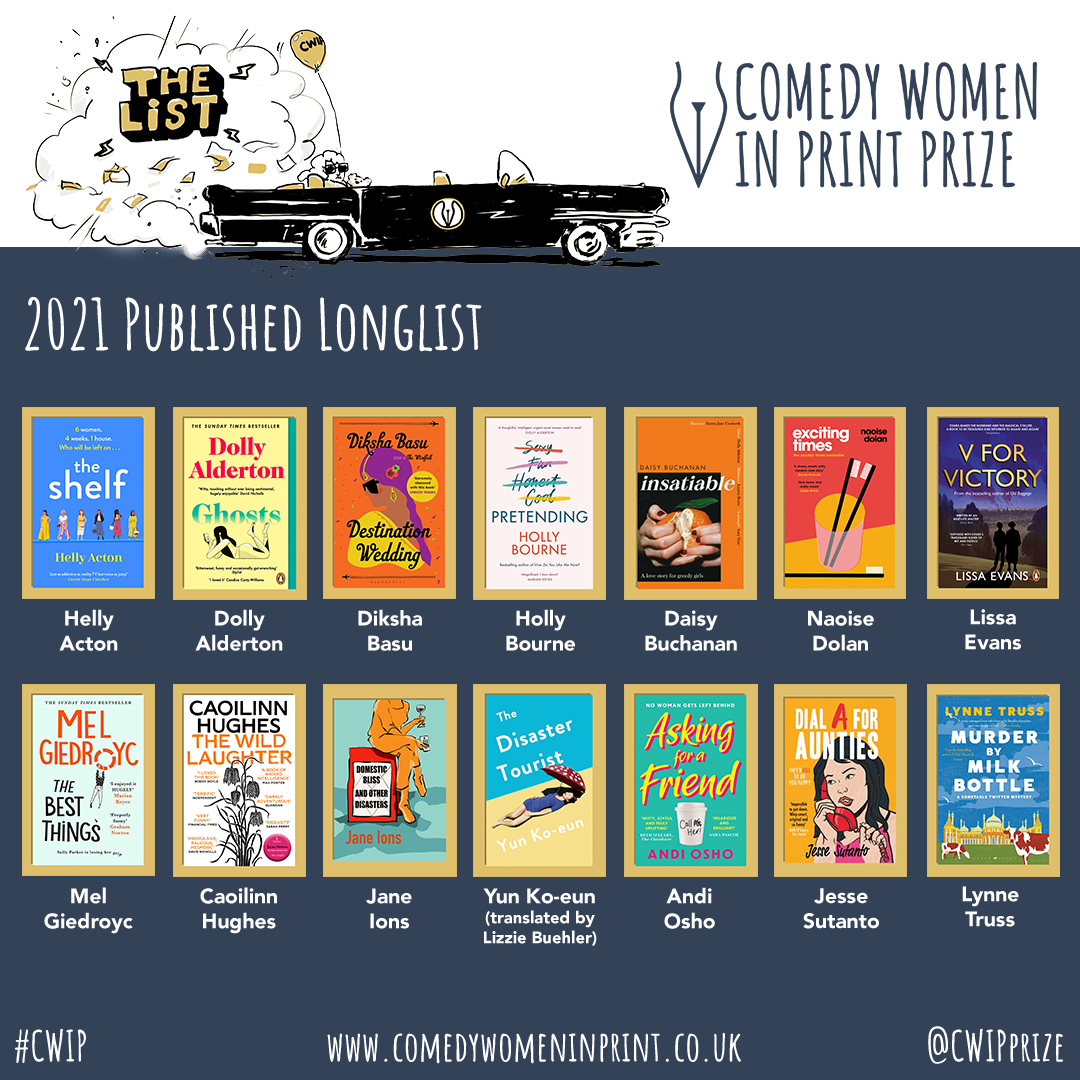 • Domestic Bliss and Other Disasters by Jane Ions (Bluemoose Books)

• Asking for a Friend by Andi Osho (HQ, HarperCollins)

• Dial A for Aunties by Jesse Sutanto (HQ, HarperCollins)

The Comedy Women in Print Prize 2021 longlist for Unpublished Comic Novel is: 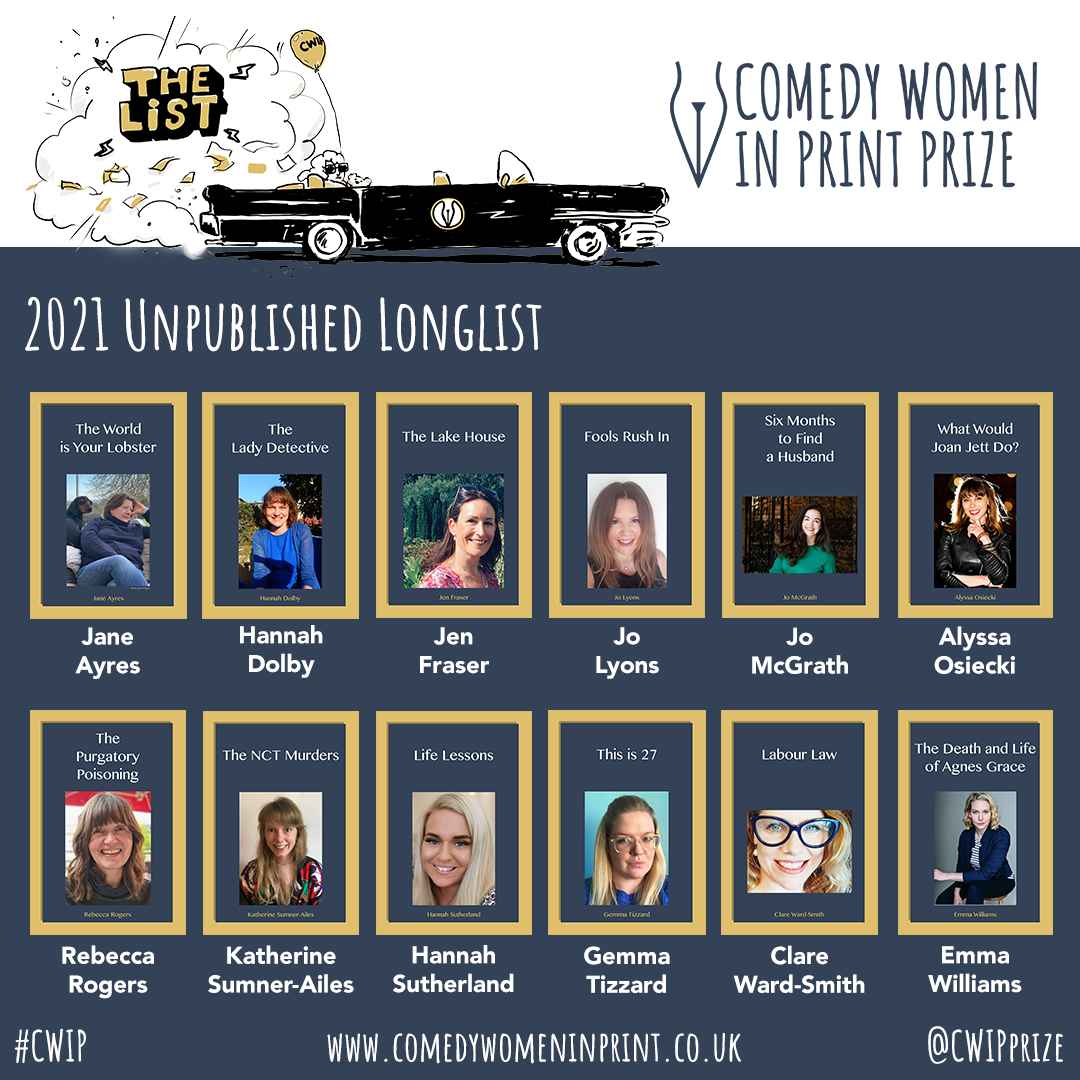 • The World is Your Lobster by Jane Ayers

• The Lady Detective by Hannah Dolby

• The Lake House by Jen Fraser

• Fools Rush In by Jo Lyons

• Six Months to Find a Husband by Jo McGrath

• What Would Joan Jett Do? by Alyssa Osiecki

• The Purgatory Poisoning by Rebecca Rogers

• The NCT Murders by Katherine Sumner-Ailes

• The Death and Life of Agnes Grace by Emma Williams

For further information on the Comedy Women in Print Prize please visit: www.comedywomeninprint.co.uk