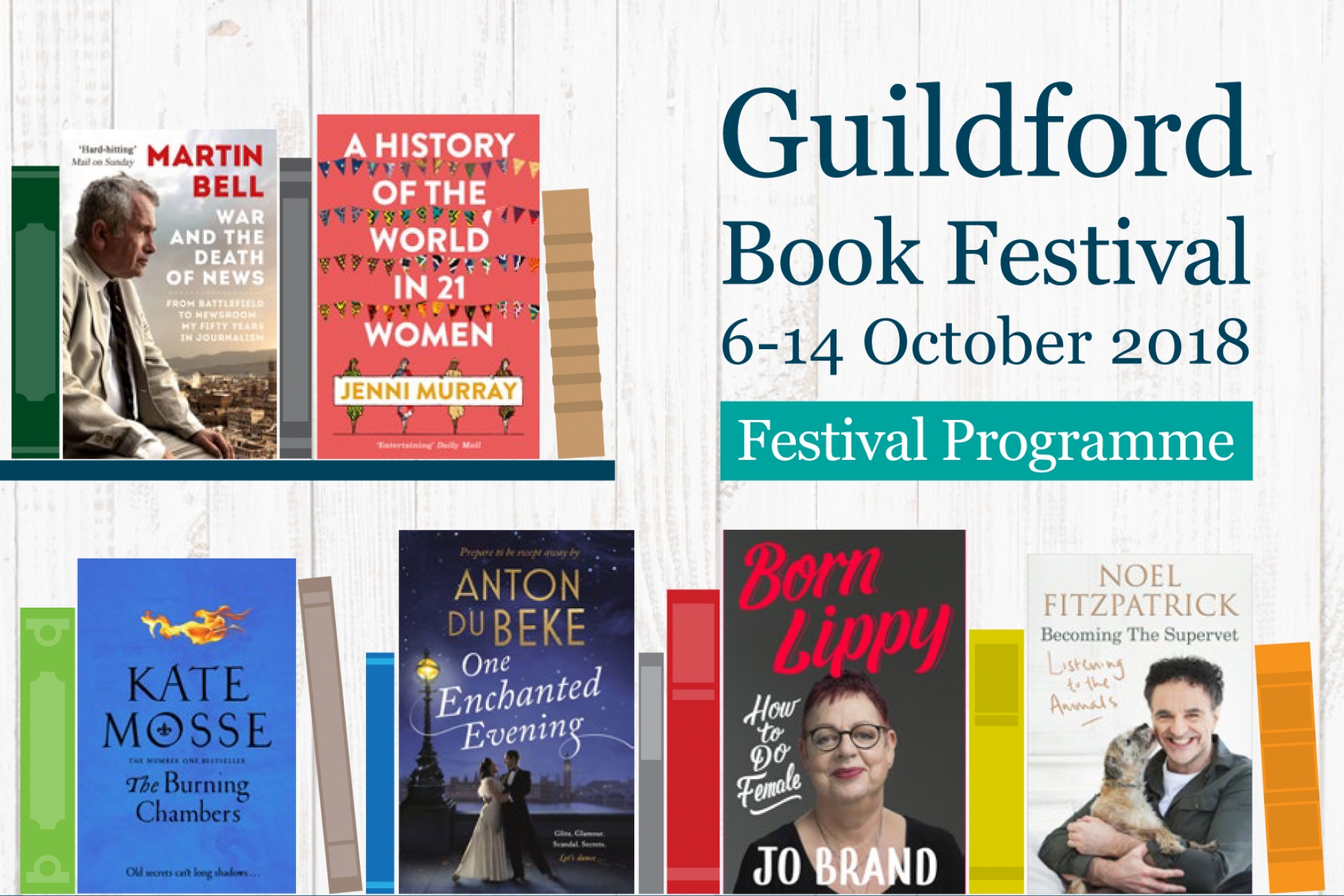 You have to be quick to successfully get tickets to the Guildford Book Festival Readers’ Day as they are so popular, and rightly so. Last year I missed out, this year I pounced as soon as they were announced, as a full day of wonderful book chat with some top authors is right up there on my list of a good day out.

Fanny Blake, novelist, journalist and reviewer hosted the authors, the setting was full to bursting and wonderfully relaxed with laughs a plenty, I also felt as though I heard some seriously good book gossip too! 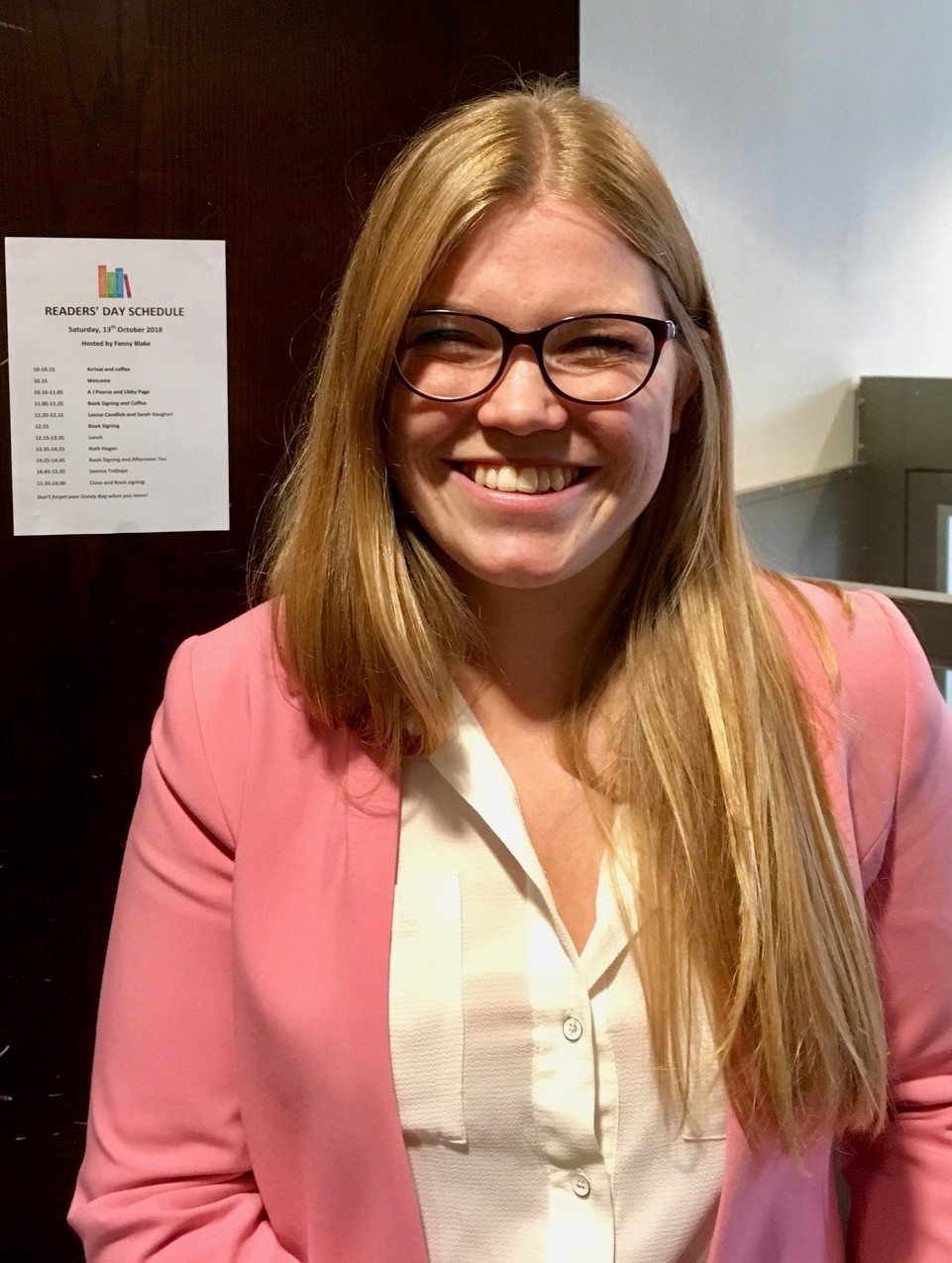 First to grace the sofas were two debut authors A.J. Pearce with Dear Mrs Bird, published by Picador, and Libby Page with The Lido, published by Orion. After discussing whether it is pronounced Leedo or Lydo (either is apparently fine), we heard that Libby always wanted to be an author, she moved from journalism to marketing in order to write creatively, once she had finished writing, it took her a year to get a literary agent. Libby spoke about her love for outdoors swimming, how young people are experiencing loneliness but not necessarily talking about it, and she firmly believes that special community places are vital. I have had the joy of reading 'The Lido', it is one of our Star reads for this year, the friendship between 86 year old Rosemary and 26 year old Kate filled my heart with warmth. 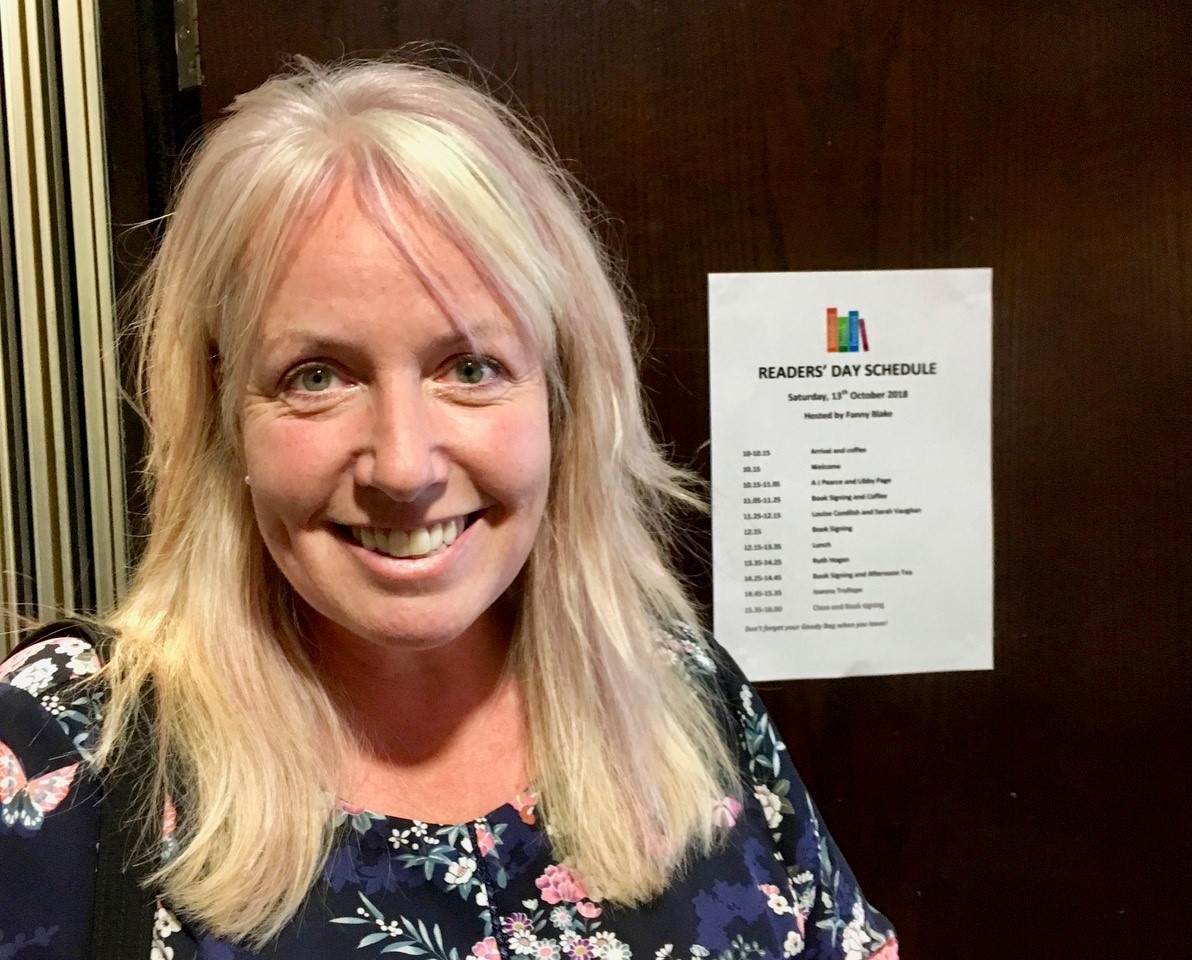 A.J. was in magazine publishing and marketing before being published, A.J. started writing in 2005, through attending writing courses she met kindness and generosity, which helped her to believe in herself and continue writing. A.J has bought quite a quantity of wartime magazines and was inspired by the letters she read in them. During her research she found herself sitting in the air raid shelter at the Imperial War Museum making notes. In Dear Mrs Bird, another best selling novel, Emily dreams of becoming a war journalist, yet finds herself working for a magazine giving advice behind the back of the agony aunt.

Next up were Sarah Vaughan and Louise Candlish, both published by Simon and Schuster, and established authors much loved by our LoveReading Editorial Experts. The subjects of both of their latest books is extraordinarily relevant, Our House by Louise focuses on property fraud, while Anatomy of a Scandal by Sarah sees a charismatic politician accused of rape. Sarah Vaughan changed publishers to write Anatomy of a Scandal as it is so different to her previous books. Both writers were exceedingly eloquent about the background research to their books, and little gasps of surprise rose in the air as the audience took in their words. Sarah and Louise were wonderfully comfortable talking about writing and I’m fascinated that the idea for Anatomy of a Scandal came to Sarah in a dream, and of Louise’s suggestion that our houses, particularly in the south east, can actually be the most powerful member of our family (you’ll need to read the book to understand why). 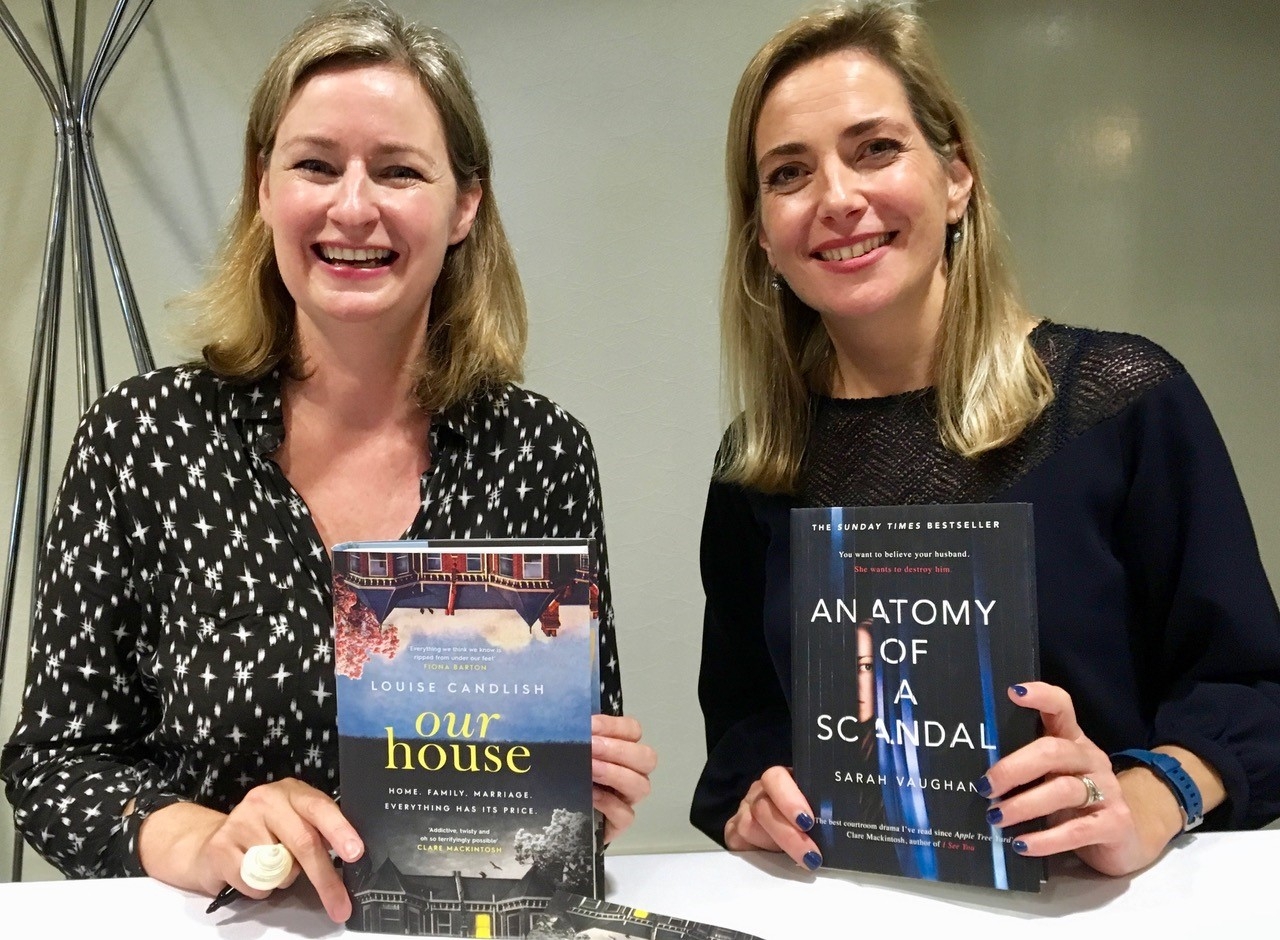 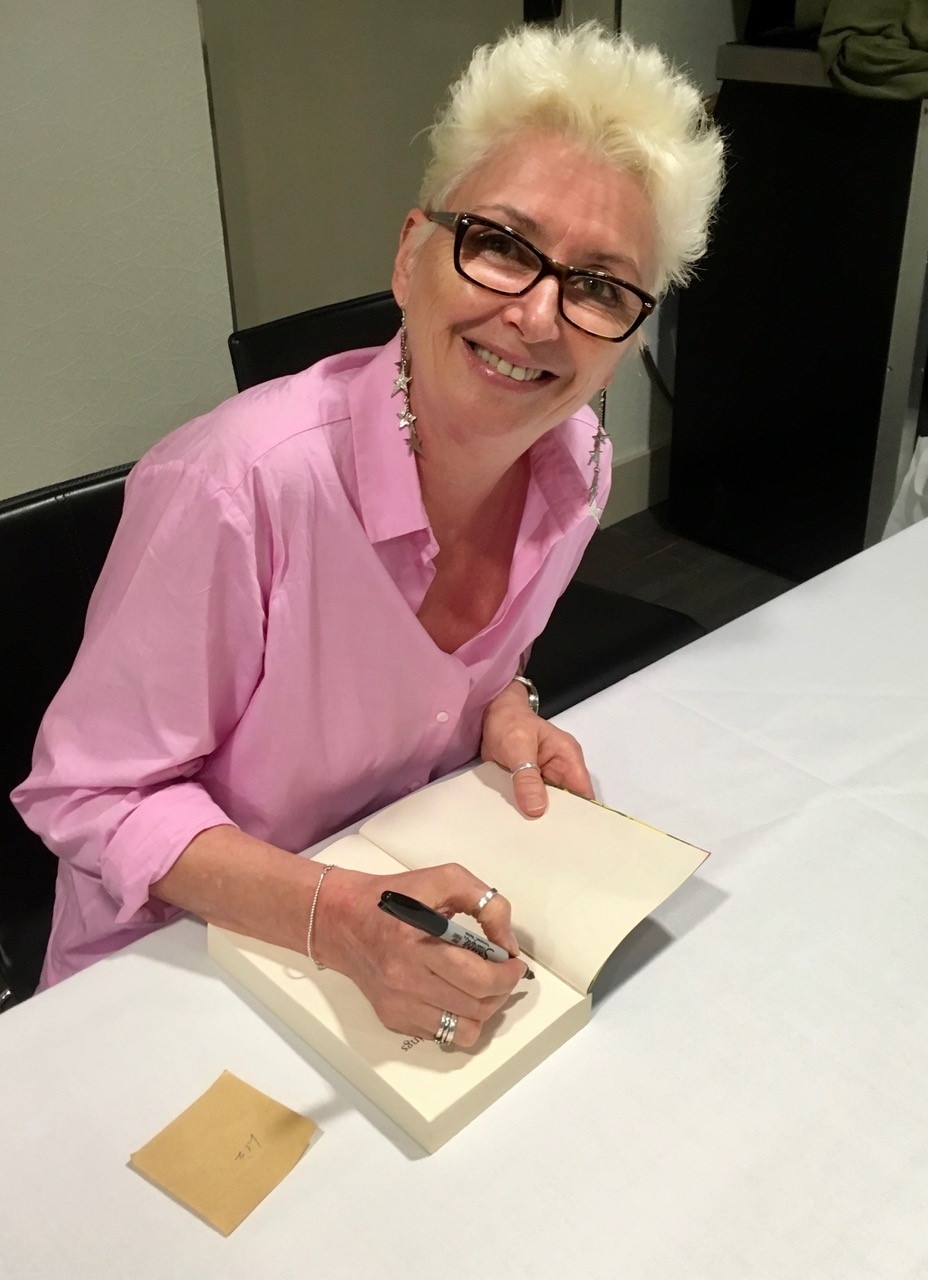 Ruth Hogan waltzed onto the stage wearing the most wonderful pair of glittery boots (which also flashed with teeny tiny lights)… do take a look at her twitter feed for a better picture than mine. Ruth is author of the  wonderful The Keeper of Lost Things, and The Wisdom of Sally Red Shoes published by Two Roads. I adore both of these books, they are beautifully quirky, heart-achy, and give a huge hug as you read them. Ruth  was brought up in a house full of books, her Mum worked in a bookshop and was a school librarian, and Ruth describes herself as nerdy and bookish. Ruth worked in local government before a car accident in her early 30’s stopped her working full time, though she says she now works harder and longer hours than ever before. She is a method writer and surrounds herself with items that have meaning, writing is a safe place for her, her sanctuary.

Lastly on stage was the eloquent, witty Joanna Trollope, she loves to choose a topic for her books that will get a conversation going. Her latest book An Unsuitable Match focuses on 64 year old Rose, who having been divorced for seven years, finds love again, yet her children are most unhappy about it. Joanna said she always does masses of research and has to have a hard cover notebook with her at all times so she can write wherever she is. Joanne always plots her first four to five chapters and the ending, that way she always knows where she is going, just not necessarily how she will get there, which can lead to some nice surprises. Joanna thanks her readers for the fact that she now writes
more economically, she feels she used to overwrite, but now knows her readership will pick up on just a hint. She has to write longhand, is very fussy about the quality of the paper she uses, but happy with any old pen. 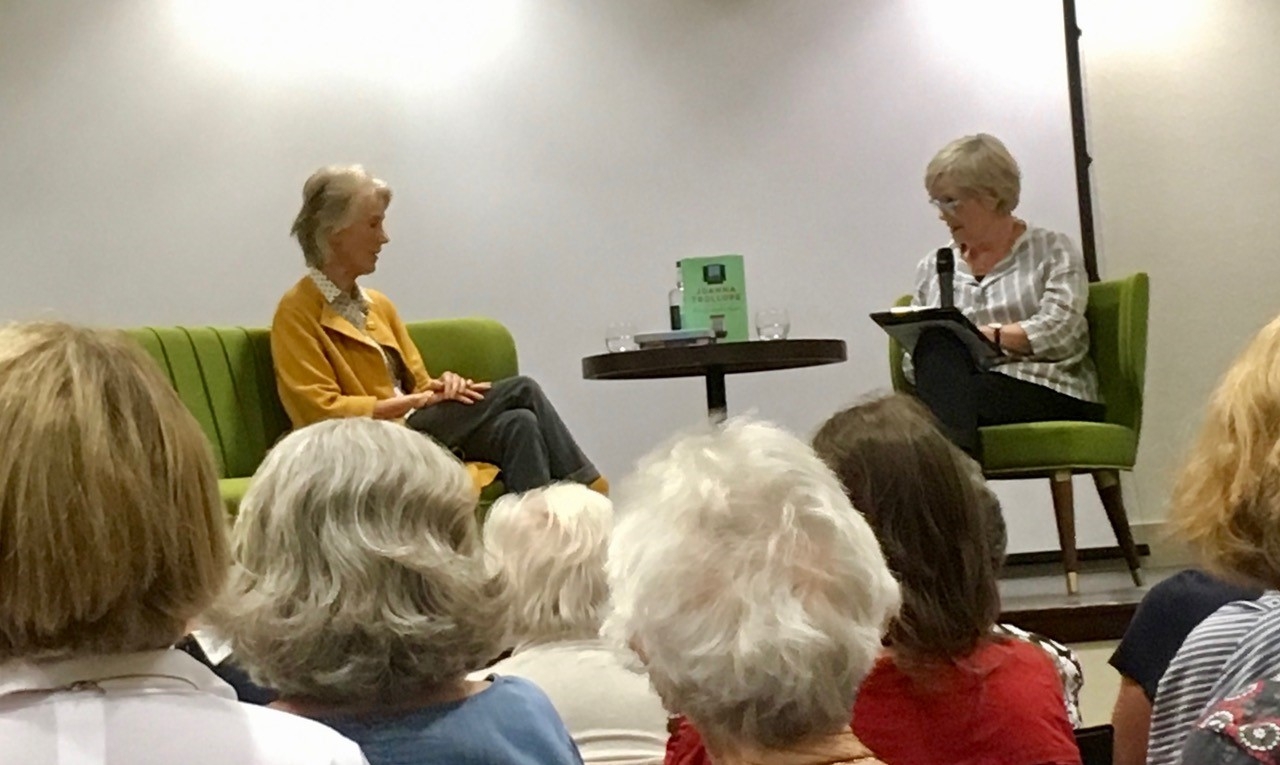 What a wonderful book chatty day this was, full of warmth and smiles, I can’t wait until next year.