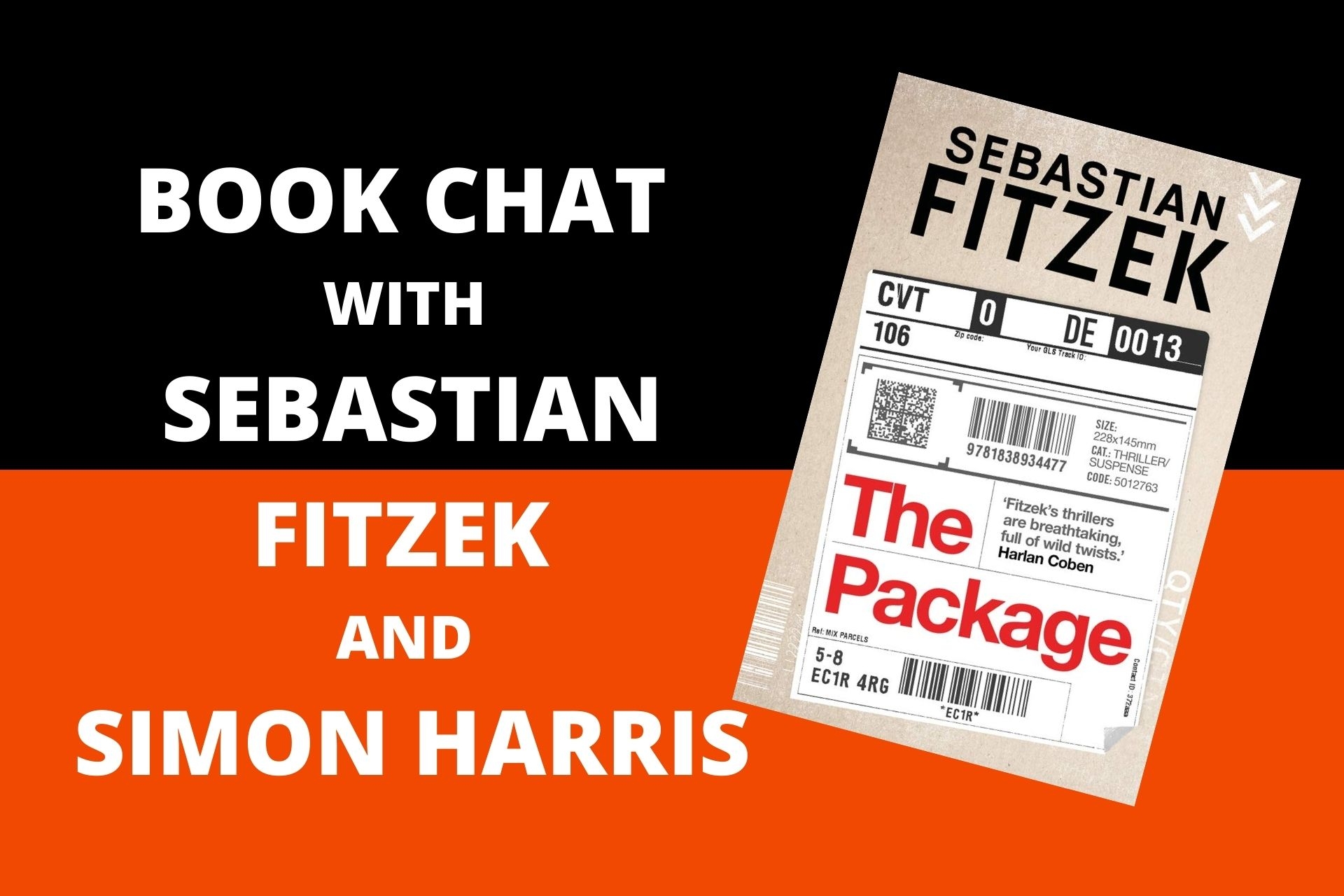 The Package by Sebastian Fitzek is "a seriously chilling, mind-burrowing read from a German author whose books have been translated into more than 24 languages". To celebrate the release of this fabulously complex new book we had the opportunity to ask Sebastian and the director of the brilliantly chilling book trailer, Simon Harris some questions. As an extra treat, keep reading until the very end to see the intense trailer for this psychological thriller.

What was the book that made you first want to become an author?

It was The Neverending Story by Michael Ende, which is still my favourite book from childhood. It opened the door to the never-ending world of imagination to me, and I’m so grateful for that. The world-building is just so amazing, and I wished I could live in Fantastica. I hope my novels might have such a lasting impression on readers – but maybe not ones as young as I was.

What are your favourite reading or writing snacks?

Chocolate is my number one motivation tool when I’m writing. I eat a Kinder Schokolade (a delicious chocolate with cereal and grain in the chocolate) every time I finish a chapter. It makes me very happy but it means I gain at least two pounds with every book.

It would have to be the Lord of the Rings trilogy. I have to admit I’ve not actually read them, so maybe a desert island would be a chance to finally get into them. And if I’m stuck on a desert island I think I’ll have a lot of time, so I’d want as many pages as possible! I’ve also always meant to read Game of Thrones, so that’s an option, too.

You published your email address in your debut (and still do), 40,000 emails later, is there anything that still surprises you?

Almost every week I receive an email that surprises me! Recently I had a 94-year-old woman in touch because she wanted me to sign her copy of The Package. They keep me busy, but it’s such an honour to hear from fans – and I’m still amazed ten years on that so many people read my books and want to speak to me about them.

There are some disturbing and complicated issues that arise in this novel, how much research did you do and how difficult was it to balance the stimulating plot with care and consideration for the subject matter?

I do a lot of research at all stages of writing my first draft, but the most important research starts when I give the first draft to an expert to read. My books deal with a lot of psychological elements, so that might be a psychiatrist or therapist. I’ve also spoken to pilots, policemen and quite a few others for books in the past.

I also often speak to people who have been victims of the kind of violence I write about. They’re the most important characters in my books and I want to tell their stories well. I’m much more interested in how normal people reacts to violence, than in glamorising the inner thoughts of a serial killer.

How closely did you work with the translator to ensure that your book slid so beautifully into the complexities of another language.

Translators play a very important role in a book’s life, and I am very happy to have such a good one. We talked a lot – mostly over email, especially during these weird times – to make sure that he captured my meanings well in English. Some German terms don’t translate exactly into English so we got to play around with the language, which was interesting.

It was fascinating to speak to Simon Harris and a brilliant opprtunity to learn more about such a different side of book publishing, so we'll hand over to him now without delay. Don't forget to watch the spine-chilling and intense trailer  for The Package at the end.

How much of the book's plot did you know at the start of the process? How did you decide the storyline for this trailer and what to include/not include from the book?

I asked for some lines for the book so I could include them in the pitch for the teaser trailer but Jessie from HOZ just sent me the whole book which I was really pleased about. I read the whole thing in one day - I'd definitely call it a page turner. I had some pretty weird dreams that night!

Is there anything that you specifically wanted to focus on with the trailer for The Package? How did you decide how to build the tension that Fitzek is so good at?

I wanted to try and include all the main characters and events and expand it beyond just the one scene. This was tricky as I knew we'd only be able to film for one day and probably in one location so I tried to focus on the different mental states that the main character Emma goes through. I knew it would be fun for the actress to play with different levels of hysteria. I think that our lead, Eloise Black, absolutely nailed it!

Were there any obstacles when creating the trailer for The Package, and how did you overcome them?

The main obstacle was trying to pull together all the different strands of Fitzek's book without giving too much away. I decided to try and focus on the mood and tone and not too much on specific detailes of the book. I want viewers to be able to feel a bit of how I felt when I finished reading it.

If you enjoyed this, check out our other Author Talk or Book Chat blog posts.

Keep up to date with Sebastian Fitzek