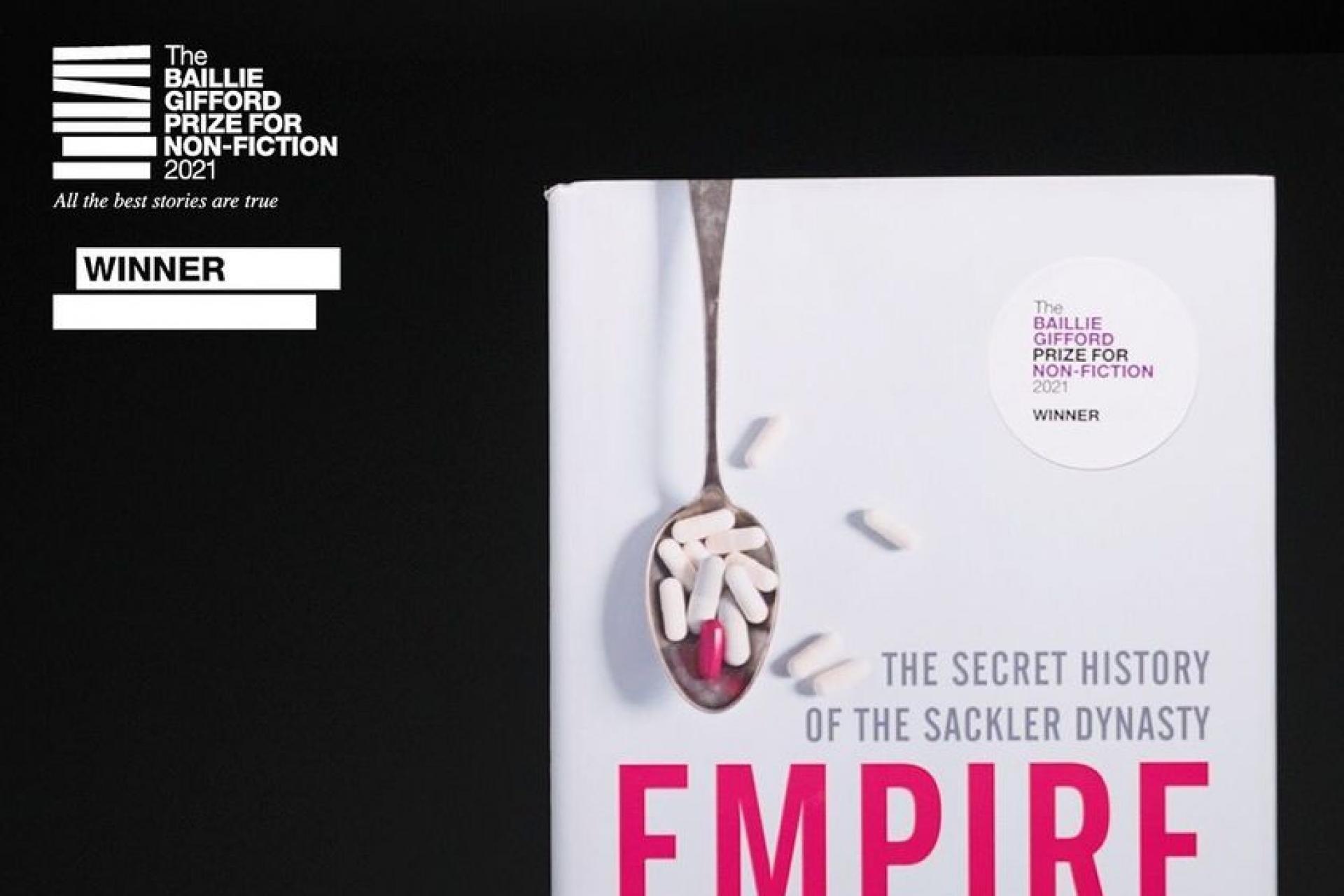 The winner of the 2021 Baillie Gifford Prize for Non-Fiction is Patrick Radden Keefe for Empire of Pain: The Secret History of the Sackler Dynasty.

The Baillie Gifford Prize rewards excellence in non-fiction writing, bringing the best in intelligent reflection on the world to new readers. It covers all non-fiction in the areas of current affairs, history, politics, science, sport, travel, biography, autobiography and the arts. 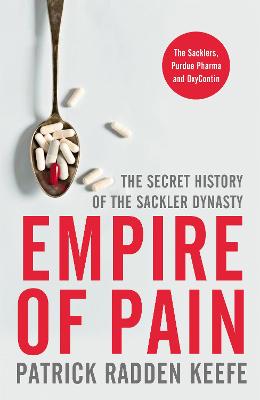 The Sackler name adorns the walls of many storied institutions—Harvard, the Metropolitan Museum of Art, Oxford, the Louvre. They are one of the richest families in the world, known for their lavish donations to the arts and the sciences. The source of the family fortune was vague, however, until it emerged that the Sacklers were responsible for making and marketing a blockbuster painkiller that was the catalyst for the opioid crisis.

Empire of Pain begins with the story of three doctor brothers, Raymond, Mortimer and the incalculably energetic Arthur, who weathered the poverty of the Great Depression and appalling anti-Semitism. Working at a barbaric mental institution, Arthur saw a better way and conducted groundbreaking research into drug treatments. He also had a genius for marketing, especially for pharmaceuticals, and bought a small ad firm.

Empire of Pain is a masterpiece of narrative reporting and writing, exhaustively documented and ferociously compelling. It is a portrait of the excesses of America’s second Gilded Age, a study of impunity among the super elite and a relentless investigation of the naked greed and indifference to human suffering that built one of the world’s great fortunes.

The Baillie Gifford Prize for Non-Fiction is owned by The Samuel Johnson Prize Ltd, a not-for-profit company limited by guarantee. It is governed by a Board of Directors and administered by Four Culture.

Find out more about this winning book here