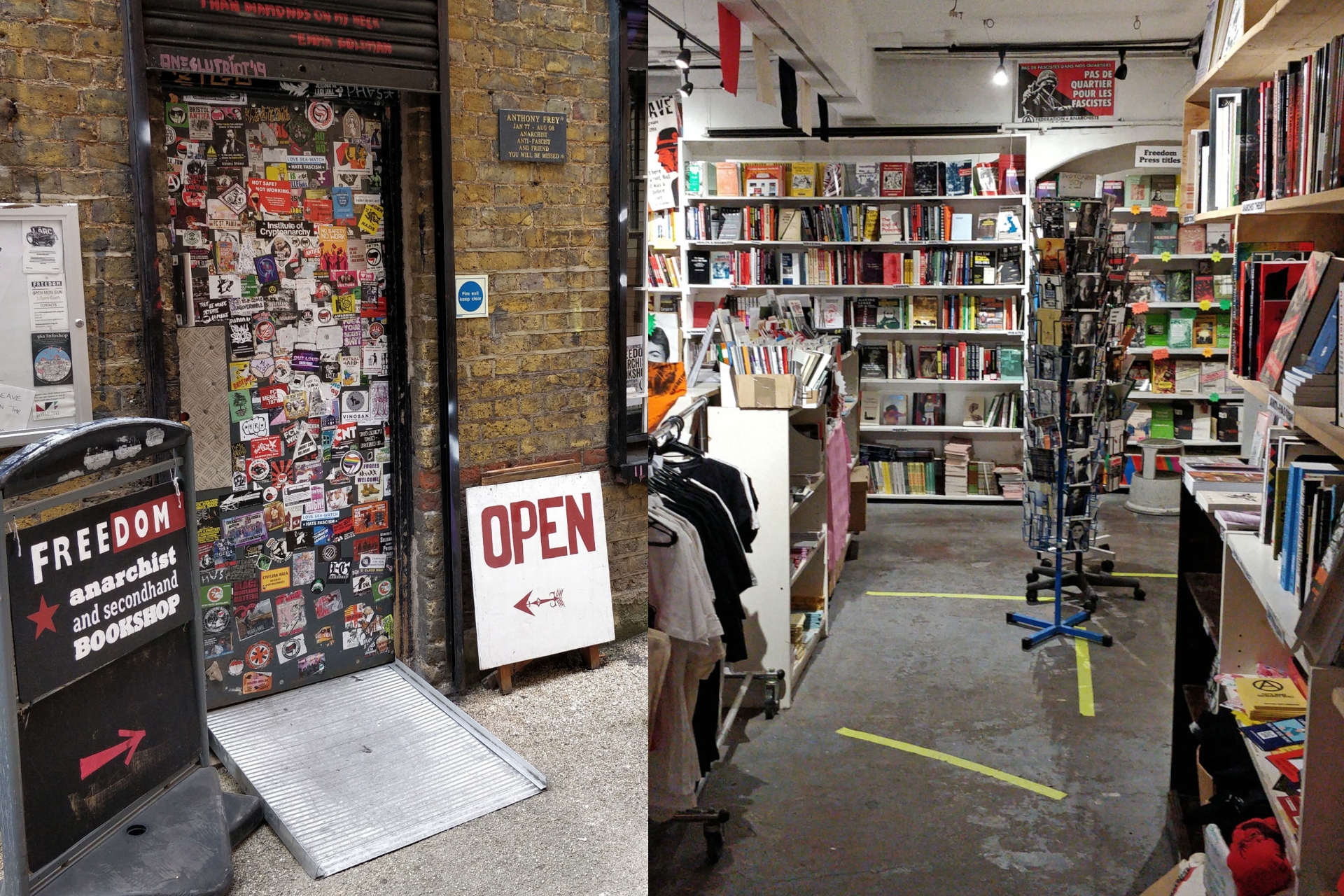 Bookselling and publishing typically demand tremendous passion, commitment, determination and resilience, not least during these unsettled times of tough high street trading conditions coupled with a global pandemic. And, with a history dating back to 1886 when their first newspaper was published, and connections to William Morris and George Orwell, Whitechapel’s Freedom Press, sure knows a thing or two about resilience.

Read on to find out more about Britain's oldest anarchist publisher and bookshop, with thanks to Rob Ray, author of A Beautiful Idea, which tells the story of Freedom Press from its founding through to the 21st-century.

What’s important in a great bookshop? What sets you apart and makes you special?

Understanding and caring for the community that you serve. We're London's biggest and oldest anarchist bookshop, having survived in our current location in Whitechapel since 1968, stocking some of the most challenging and unique works available from a lesser-considered and much maligned political philosophy.

When was your bookshop born? How did it come about? Could you tell us about the early days of publishing pamphlets?

Freedom was originally established as a newspaper in 1886 by a founding member of the Fabians called Charlotte Wilson, alongside Peter Kropotkin - generally considered the father of anarchist-communist theory. It published its first pamphlets, all by Kropotkin, at around the same time including Law and Authority in 1886, The Place of Anarchism in Socialist Evolution in 1887 etc. It was originally printed with the help of famed socialist William Morris, though tempers rapidly frayed and through the last decades of the 19th century the Press frequently struggled to find premises. 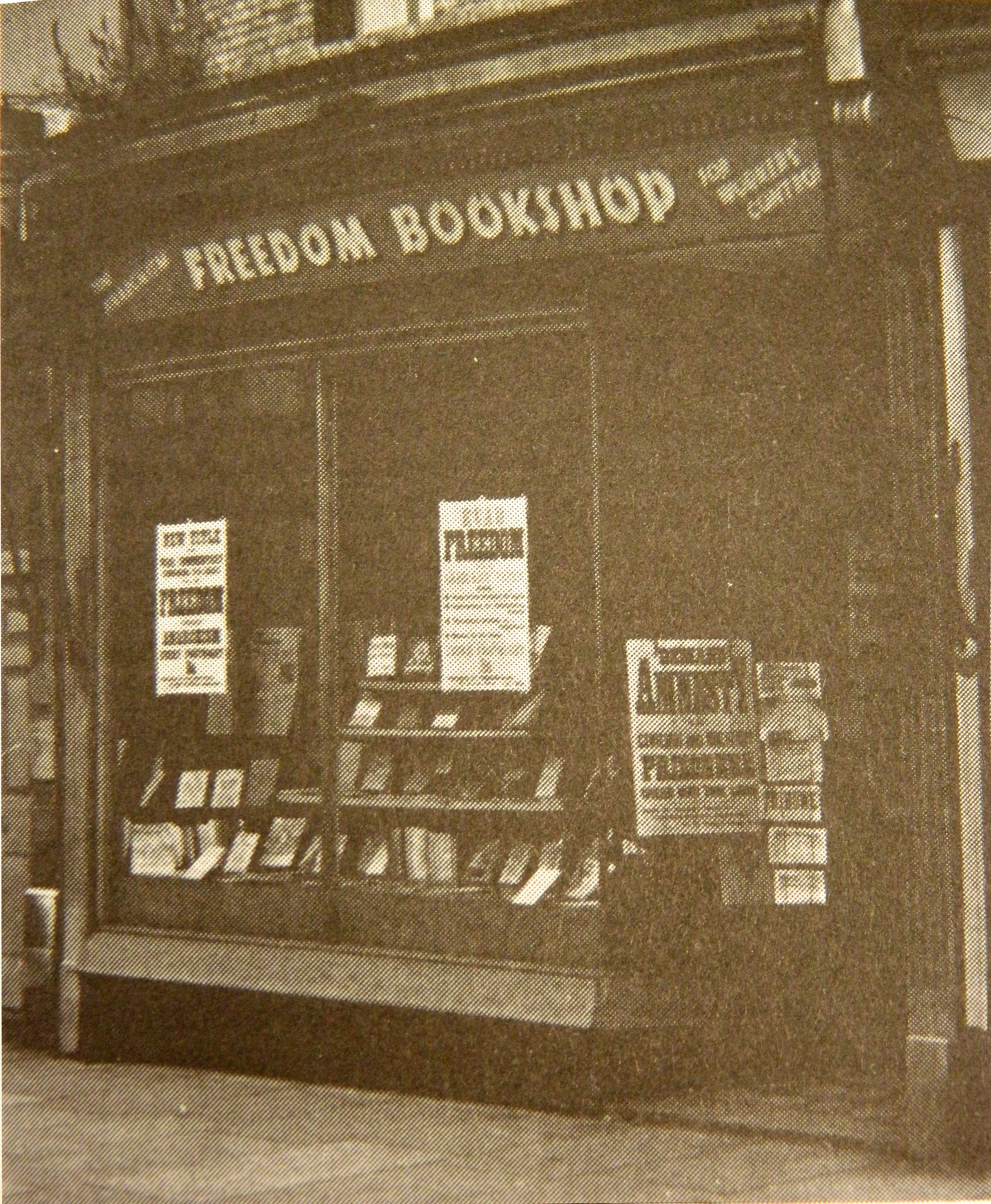 Its first stable residence was at 127 Ossulston Street, in a slum to the north of what is now the British Library, which lasted from the late 1890s to 1927, where an ancient hand-press was used to create publications that would then be shipped to anarchist groups across the country and hawked in the street by the collective. Despite the group's collapse in the late 1920s, by 1940 a new shop had been established in Red Lion Passage (now long gone, it used to be near Conway Hall), but this was bombed by the Luftwaffe, destroying decades of work. The current iteration of Freedom Bookshop was founded in the 1960s, when fundraising allowed the purchase of a ramshackle old pile in Angel Alley — we've been here ever since.

Tell us about your personal journey with Freedom Press, and the changes you’ve seen (and made) along the way?

I've been involved with Freedom since 2003 when, following the deaths of many key figures, the place had again fallen into decline. My first experience of the shop was walking into a dusty old space with rubbed-through vinyl flooring, stuffed with obscure titles, some of which had been propping up the shelves since the '70s.

My expression of interest in getting involved was greeted with, at best, suspicion, and I was quickly booted upstairs to talk to the newspaper people. It was intriguing, and in its own way had a sort of Black Books-ish charisma, but it was manifestly not a place for the casual browser. Over the following 19 years however, in the face of many crises and dramas (including a fascist attempt to burn us down in 2013) the shop has been utterly transformed, which was the work of many hands!

While it's still down the end of a run-down alley, volunteers have done everything from build its entertainingly eccentric shelving, to cleaning and repainting, building tables, fundraising to fix up the lights and offering the suggestions for stock that make our selection worth the trip. 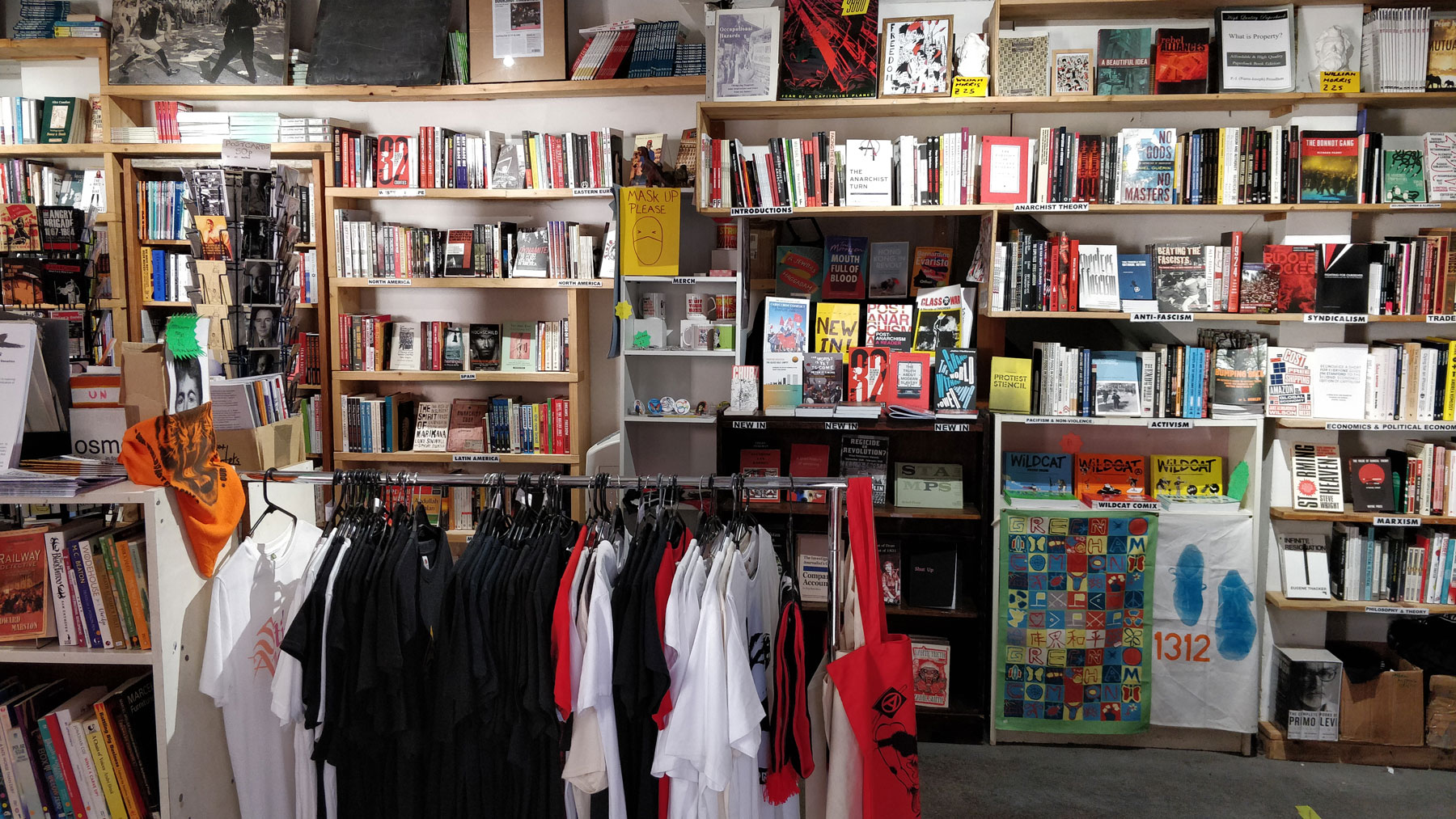 You also publish books - please could you highlight a few must-read classics from your list, and some recently-published treasures?

I'm not even sure where to start! For introductions I'd say Malatesta's At The Cafe remains one of the great classics, I'm quite partial to Arshinov's History of the Makhnovist Movement as a book which has both action and a real understanding of what drove the revolutionaries of yesteryear, and Why Work? (now in its 3rd edition) is an intelligent journey through how we consider work and its place in our lives.

Of our recent publications I'd pick out four. Invisible is a deeply human and insightful book about homelessness by Andrew Fraser, who wrote it when he was still a rough sleeper, on a mobile phone.

Fighting Women by Isabella Lorusso is also a work we're very proud of, being the first translation into English of an absolutely unique set of interviews of veterans of the Spanish Civil War. The personal stories told to Lorusso offer a totally different perspective on that slice of history.

I should probably mention A Beautiful Idea simply because it's the history of Freedom Press, if my rambling has piqued your interest then much more of our weird and wonderful history is in there (full disclosure, I'm the author).

And finally there's our latest book A Normal Life, on this list because the whole tale is absolutely bananas. It's the memoir of Greece's most famous bankrobber Vassilis Palaiokostas, nicknamed the Greek Robin Hood for his habit of giving away the proceeds of his heists, a man who remains one of Greece's most wanted prison escapees who wrote his book while on the run. Even the foreword by Polykarpos Giordadis was smuggled out of prison! To be honest it's a bit outside our wheelhouse, we're generally more into publishing obscure political titles rather than all-action blockbusters, but we just couldn't resist. 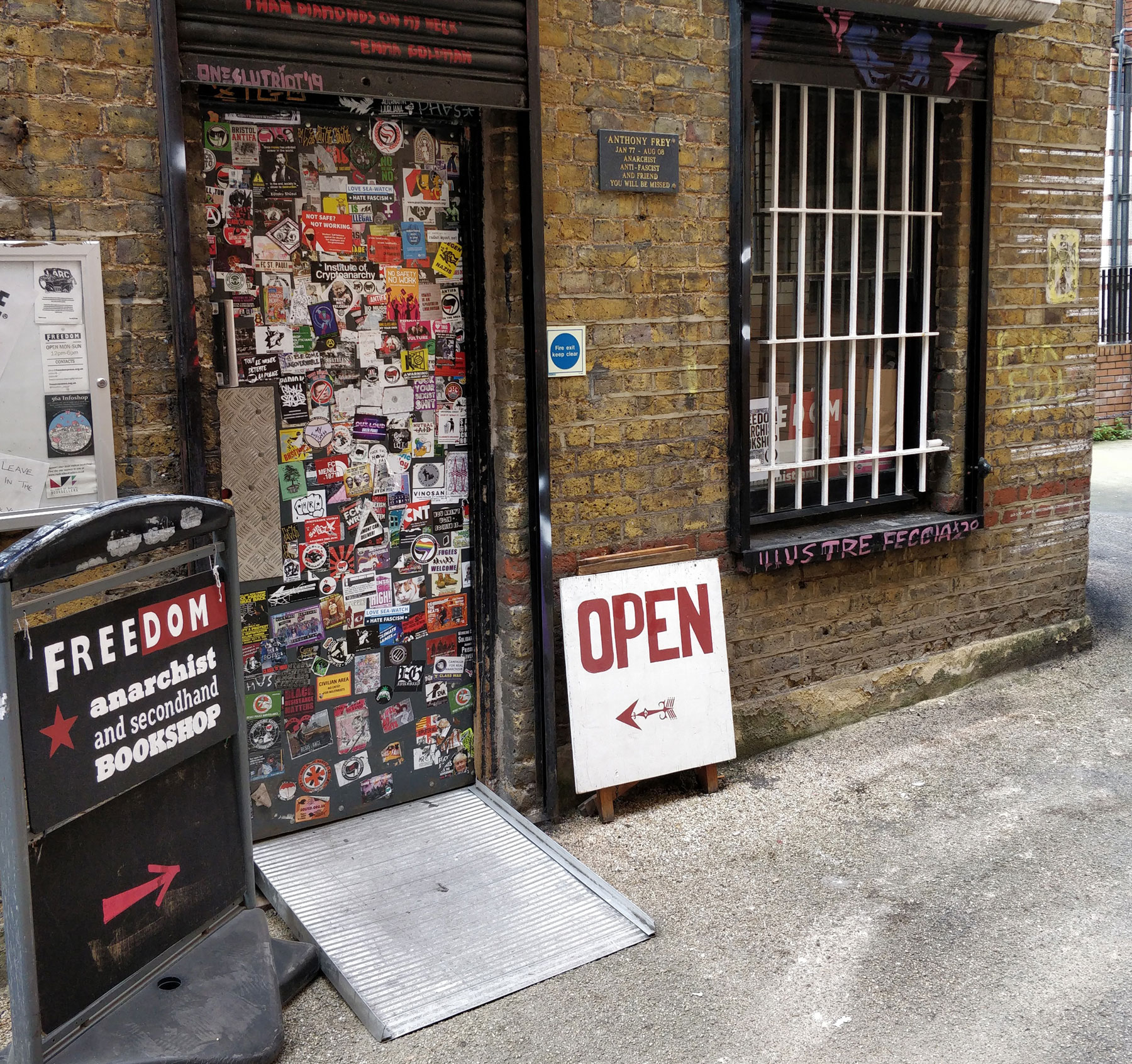 Which books have you been recommending recently? What classics do you most recommend to customers?

In consultation with our co-ordinators, some of our favoured books for recommending at the moment are Koshka Duff's Abolishing the Police, one of the few books to examine police abolition in a British context, and Moore & Roberts' Post Internet Far Right, a clear-eyed analysis of the recent mutations in far right politics, both by Dog Section Press, which also has a space in the building and runs Dope Magazine distributions out of the back door on a Friday. And of course the big deal in the shop at the moment is Graeber and Wengrow's The Dawn of Everything. For classic fiction, I personally tend to pick out Le Guin's The Dispossessed and we do stock a good bit of Orwell, who was a friend of the press, back in the day.

How do you choose which books for children and young adults to stock? What are your bestsellers for younger readers?

Surprisingly there actually is a fine selection of radical kids' books available, and there's even an annual Little Rebels award which is a great guide to the best of what's out there. Our bestsellers are homegrown though, one being the Little Squatters Handbook produced by our upstairs neighbours The Advisory Service for Squatters, and the other being Animal Squat by Dog Section.

What’s your favourite area of your bookshop?

What are you most proud of?

For various reasons, the collective nearly collapsed entirely in 2017 and we had run low on basically everything. Money, energy, stock ... we were even short on lights, as we had no bulbs for the creaking old halogen tube setup. It was a hell of a feat to pull ourselves out of that one, but five years later, despite a pandemic, not only are we still here we're in the best shape that I can remember. Everyone involved in making that happen, the folks who poured too much of themselves into what often seemed like a thankless, useless task and saved Freedom's legacy, has that to be proud of. 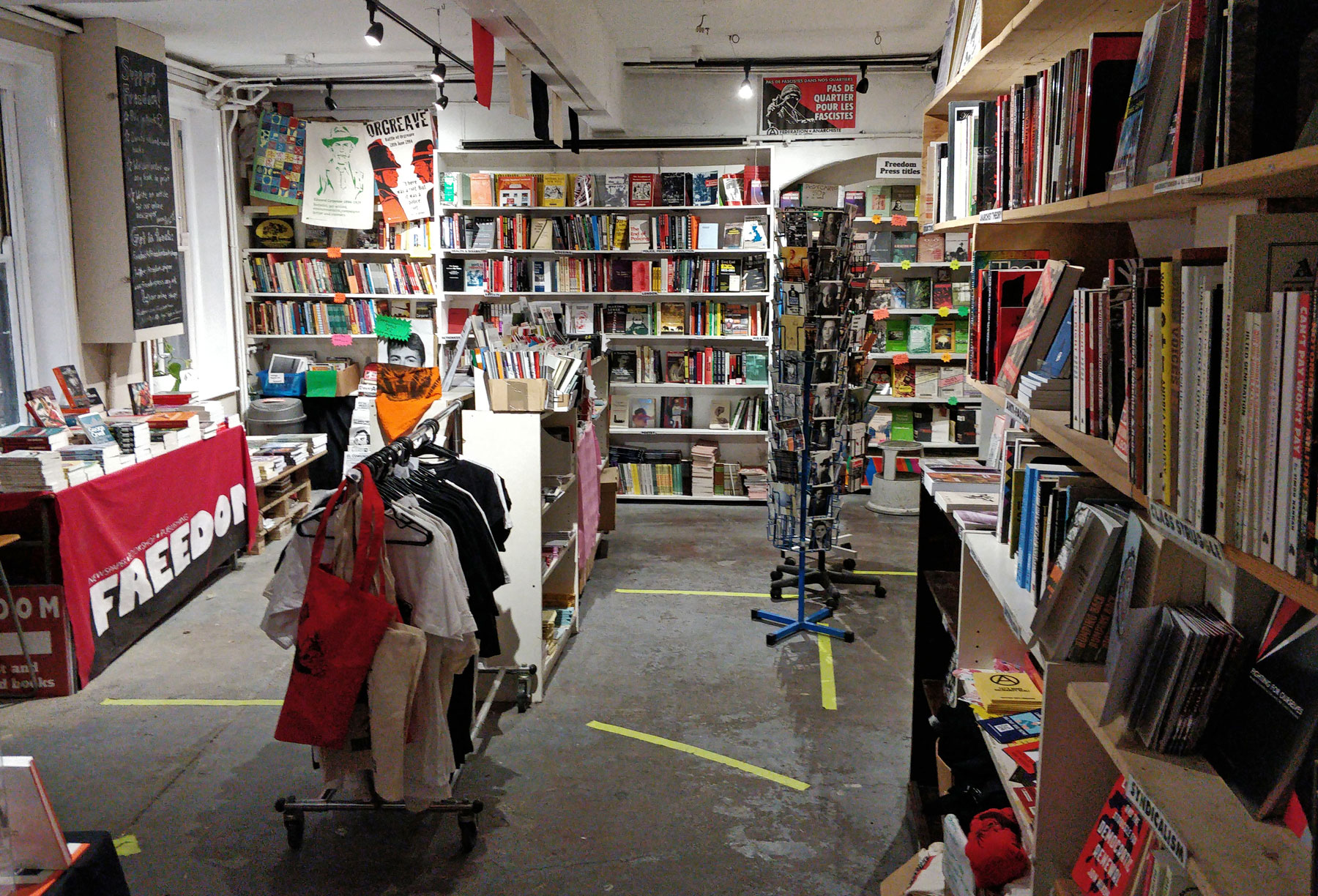 They're more dangerous than you think. I picked one up by a guy called Colin Ward once and spent the next two decades campaigning to replace capitalism with a system of free communes.

I suppose a little bit of explanation about what we mean by anarchism is in order, as a fair few folk may be thinking "hold up, isn't anarchy all about chaos?" That is one definition, it's true, but anarchism, particularly its socialist variety, is also a coherent political ideology which has been around since the 1840s.

While we do argue that capitalism is fundamentally too dysfunctional to be justified (the longer it goes on the more we're tending to be proved right there), we also say the same of state power - the dictatorship of the proletariat, as Lenin once put it. We're not against leaders, necessarily, but we are against assumed authority. The "representative" who does nothing of the sort. The "manager" who continually gets in the way. We look for forms of organisation which don't rely on such tyrannies, little or large. It's a fascinating, multi-layered philosophy and if you want to learn more about it we will always be happy to help. 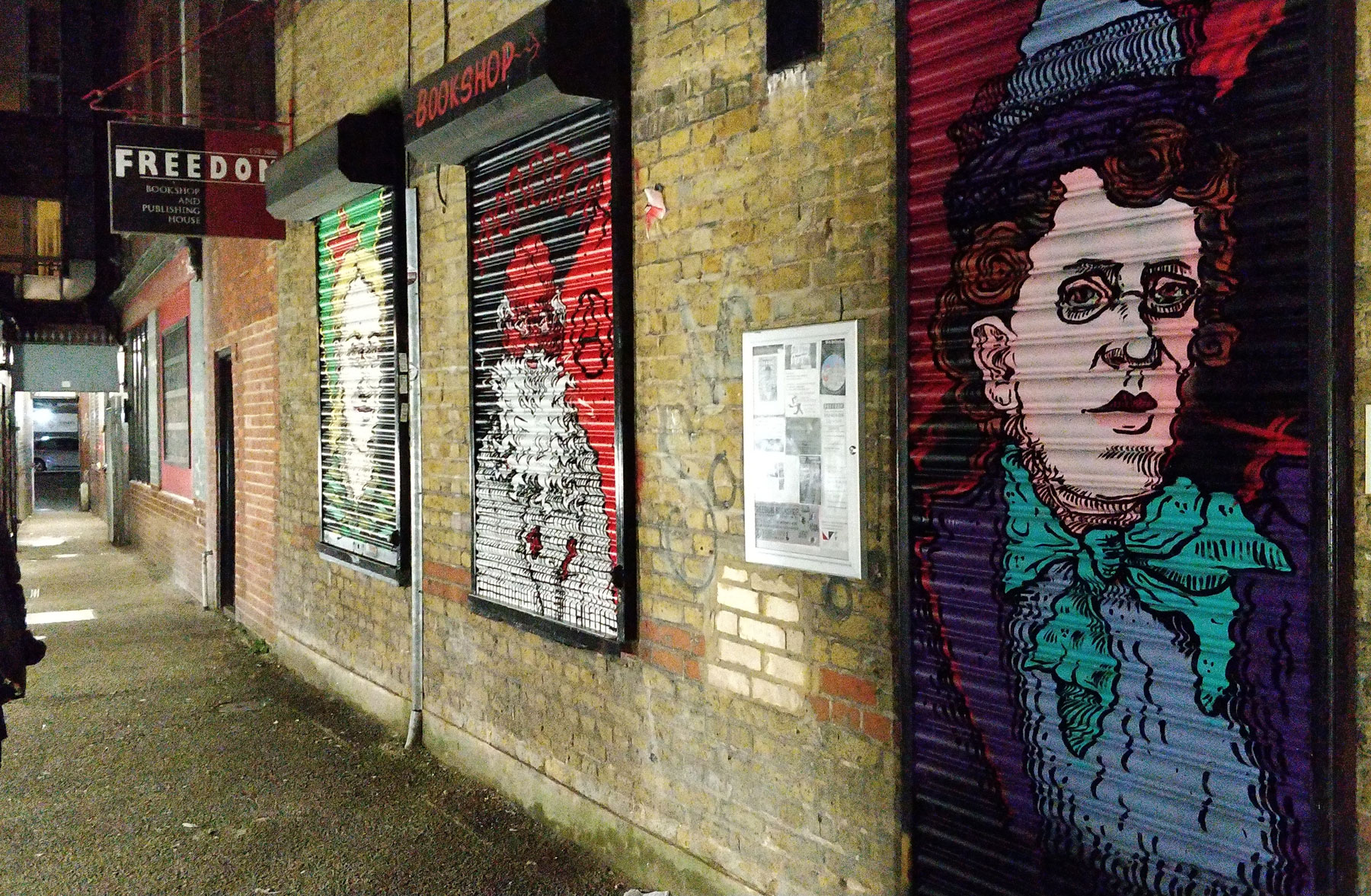 Find out more about Freedom Press: