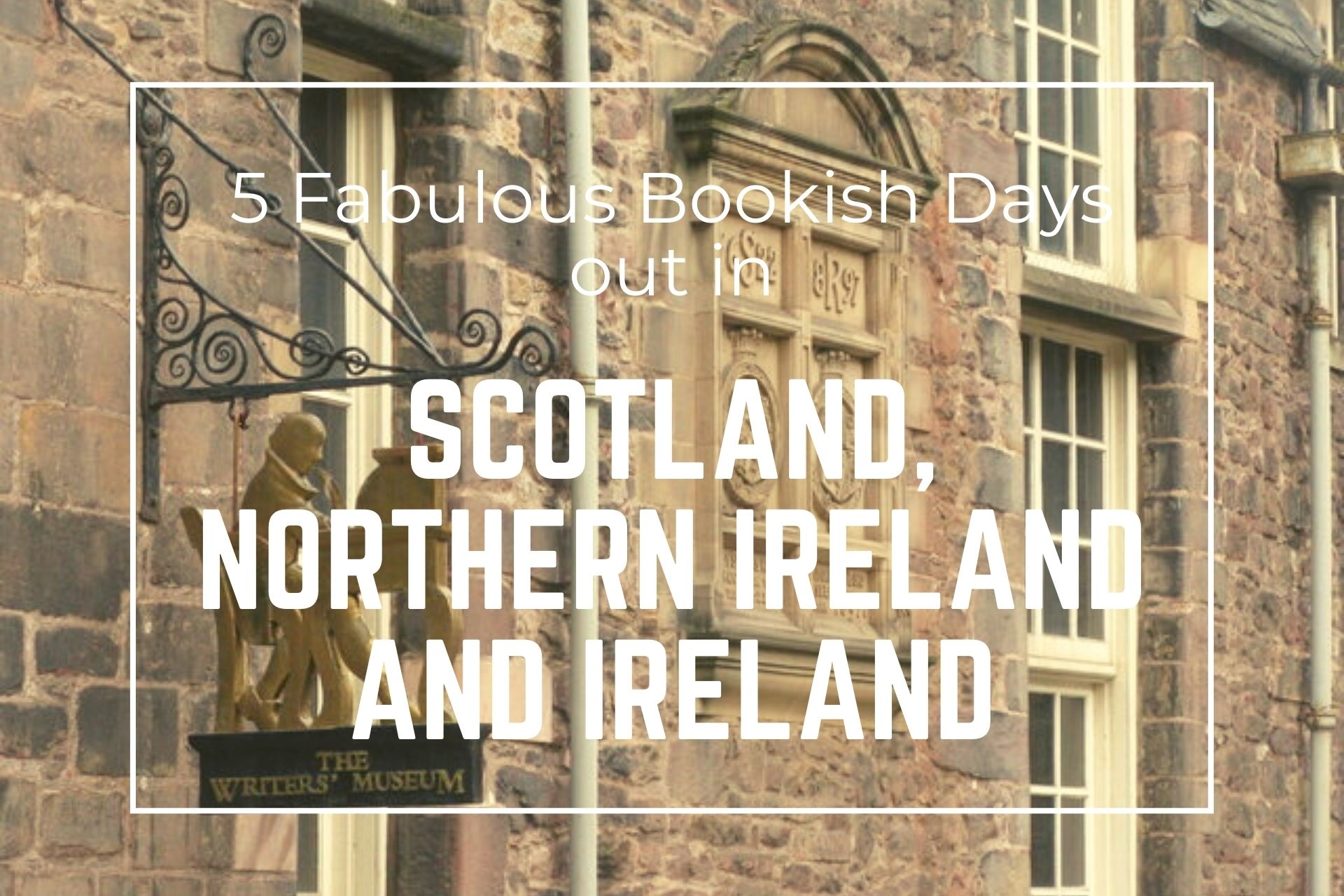 As the weather hots up (well, kind of), and hot on the heels of our feature on brilliant bookish days out in England and Wales, we’re excited to share 5 book-related locations and attractions to visit in Scotland, Northern Ireland and Ireland.

From museums, to remote islands, to pubs, dive in to discover what might just become your next day out or book-themed break.

Among the highlights are Burns’ first writing desk, the press that printed Scott’s Waverley novels, and Stevenson’s wardrobe. You can also see Scott’s childhood rocking horse, Stevenson’s riding boots, and a cast of Burns’ skull. With free entry, literature lovers have no excuse not to visit.

Best known for its whiskey, the Hebridean island of Jura is home to the Barnhill farmhouse in which George Orwell wrote 1984.

Here, in the rugged wilds of the island, with no electricity, Orwell wrote, took long walks, kept a cow and chickens, and grew vegetables, with visitors having to take two ferries from the mainland, plus a seven-mile journey by pony or motorbike. Orwell himself described it as “an extremely un-get-atable place”.

The island hasn’t changed much since Orwell was here in the late 1940s. It’s a place to find peace, and perhaps get stuck into that novel you’ve always meant to write.

Northwest of Belfast in County Londonderry, the village of Bellaghy was the birthplace of poet Seamus Heaney. Located between the poet’s two childhood homes, the purpose-built HomePlace arts centre takes visitors on an immersive journey through Heaney’s life and work, with a hands-on Creative Zone designed to spark the imaginations of younger visitors.

Beyond the HomePlace building itself, literature-lovers will want to explore five nearby Open Ground sites – places that were of significance to the poet and his poems.

In a city that’s known for its literary culture, Dublin’s Museum of Literature offers book-lovers the chance to immerse themselves in unique artefacts (among them the first copy of James Joyce’s Ulysses), with a changing roster of exhibitions keeping things fresh.

The interactive “Ulysses – a Treasure Hunt” experience will entertain and inform visitors of all ages, plus there’s a lovely garden and tea room to relax in with (you’ve guessed it) a good book by your favourite Irish writer.

Located in a beautiful Georgian building, the James Joyce Centre hosts permanent and temporary exhibitions that illuminate all aspects of Joyce’s work and life. The current Painting Ulysses exhibition features paintings by Aidan Hickey to commemorate the 100th anniversary of the publication of Ulysses.

While in Dublin, you might also want to go on a literary pub crawl.