In their own words or from the pen of a biographer, the lives of others hold a magnetic intrigue. Indulge your curiosity here… Read and find out more about the lives of well-known figures. Want more inspiration? Head to our 'Best Autobiographies Ever' blog post filled with recommendations from our bookish friends.

The classic, definitive biography of Marilyn Monroe, updated in the year of the 50th anniversary of the iconic star's death. She was born Norma Jeane but the world knew and loved her as Marilyn. Her life was one of unprecedented fame and private misery, her death a tragedy surrounded by mysteries. Drawing on first-hand interviews Anthony Summers offers both a classic biography and a shockingly revealing account of the screen goddess's relations with John and Robert Kennedy.

Waterlog A Swimmer's Journey Through Britain

April 2014 Guest Editor Nicci French on Waterlog. Roger Deakin set out to swim his way through the British Isles: an icy, salty, weedy, murky journey in seas, lakes, rivers, canals, moats, even ditches. The result is a frog’s eye view of strange and wonderful places. It’s also a glorious tribute to the act of wild swimming, which for him (and for me) is a way to find freedom, exhilaration and peace.

April 2012 Guest Editor Paul Torday on South... I read this book only the other day. I can’t believe I’ve overlooked it until now. The story of Shackleton’s expedition to the Antarctic in 1914 just before war broke out is absolutely compelling. You can imagine yourself with Shackleton and his team, out on the sea ice with their ship being slowly crushed to death by pressure ridges. What amazing heroism, in circumstances that few people could have survived. An object lesson in how to write simply, yet produce powerful prose.

Things Can Only Get Better Eighteen Miserable Years in the Life of a Labour Supporter, 1979-1997

Christopher Reeve refused to resign himself to the life of a quadriplegic, and actively campaigned to raise the profile of spinal-cord injury victims and research. It was this extraordinary courage and determination that made him internationally admired.

September 2010 Guest Editor Belle de Jour on Joe Orton... I have to admit to being an obsessive fan of Orton’s plays. But the farcical situations are nothing compared to the life he really lived, and if anything, Orton’s Diaries are probably his finest work, absolutely unguarded and uncensored. A true original.

Notes from a Small Island

A 2012 World Book Night selection. After nearly two decades in Britain, Bill Bryson took the decision to move back to the States for a few years, to let his kids experience life in another country, to give his wife the chance to shop until 10 p.m. seven nights a week, and, most of all, because he had read that 3.7 million Americans believed that they had been abducted by aliens at one time or another, and it was thus clear to him that his people needed him. But before leaving his much-loved home in North Yorkshire, Bryson insisted on taking one last trip around Britain, a sort of valedictory tour of the green and kindly island that had so long been his home. His aim was to take stock of the nation's public face and private parts (as it were), and to analyse what precisely it was he loved so much about a country that had produced Marmite, a military hero whose dying wish was to be kissed by a fellow named Hardy, place names like Farleigh Wallop, Titsey and Shellow Bowells, people who said 'Mustn't grumble', and Gardeners' Question Time.

Shot in the Heart

An autobiography of the author Mikal and a biography of his brother, executed killer Gary Gilmore, this is more than a true-crime book—it's a dissection of the layers of violence that lie within a family and within the history of the USA. Julie Cohen, from our Best Autobiographies Ever Blog.

This autobiography describes the hours before and after Terry Waite was taken hostage. Waite analyzes his thoughts and feelings immediately prior to captivity. It is also an account of his years in solitary confinement and of the inner strengths which enabled him to survive.

August 2011 Guest Editor Deborah Lawrenson on Margaret Forster... Margaret Forster’s biography of Daphne du Maurier is an absolute must for anyone who is fascinated by du Maurier’s enduring classic Rebecca. As you’d expect from a writer and biographer of Forster’s calibre, this is a riveting narrative in its own right, full of insight and understanding of the woman, which in turn illuminates her work.   The Lovereading view... A biography of the novelist Daphne du Maurier which looks behind the relaxed and charming facade to expose the workings of a complex and emotional character. The book won the Macallan/Writers' Guild 1993 Non-fiction Award.

August 2010 Good Housekeeping selection.   On My Bookshelf by Joseph Fiennes... An Evil Cradling by Brian Keenan is an extraordinary account of the years he spent as a hostage in Beirut with journalist John McCarthy. I loved the bond that develops between the two men – a love that is ultimately the key to their survival.

As I Walked Out One Midsummer Morning

It was 1934 and a young man walked to London from the security of the Cotswolds to make his fortune. He was to live by playing the violin and by labouring on a London building site. Then, knowing one Spanish phrase, he decided to see Spain. For a year he tramped through a country in which the signs of impending civil war were clearly visible. Thirty years later Laurie Lee captured the atmosphere of the Spain he saw with all the freshness and beauty of a young man's vision, creating a lyrical and lucid picture of the beautiful and violent country that was to involve him inextricably. 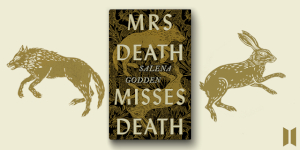 There are people who just read biographies, interested only in the details of the lives of real people. There are others, like us, who enjoy dipping a toe, every now and then, into the deep inviting waters of the biography pool, to see first-hand the experiences of a person, past or present, who captures our imagination or pique’s our interest. From the First Man on the Moon to the latest winner of a jungle-based reality TV programme; sport-star to leading politician; religious leader to Arctic explorer, the choice is vast!

Want more inspiration? Head to our 'Best Autobiographies Ever' blog post filled with recommendations from our bookish friends.