Entrepreneurs of Profit and Pride From Black-Appeal to Radio Soul

Although much has been written about the golden days of radio, Entrepreneurs of Profit and Pride is the first book to examine the black radio industry. This book traces the development of black radio programming which began when the concept of black appeal first occured to certain entrepreneurs, a concept that played a pivotal role in the rise of cultural pride and soul. Through the case studies of three representative black radio stations, Newman reveals the evolution of programming practices dictated not only by pride but by profits gained through successful marketing. A unique feature of this book is the inclusion of business considerations into a cultural analysis of the medium. The book begins with a discussion of how poor communications to black audiences in early network broadcasting led to the creation of black-appeal narrowcasting. The author probes the patterns of development in black programming and assesses the impact of that programming on soul consciousness. In addition, the book discusses individuals in the history of black radio, marketing to a minority audience, and the role of media in society as a seller of products and culture.

Uneven Developments The Ideological Work of Gender in Mid-Victorian England

Mary Poovey's The Proper Lady and the Woman Writer has become a standard text in feminist literary discourse. In Uneven Developments Poovey turns to broader historical concerns in an analysis of how notions of gender shape ideology. Asserting that the organization of sexual difference is a social, not natural, phenomenon, Poovey shows how representations of gender took the form of a binary opposition in mid-Victorian culture. She then reveals the role of this opposition in various discourses and institutions-medical, legal, moral, and literary. The resulting oppositions, partly because they depended on the subordination of one term to another, were always unstable. Poovey contends that this instability helps explain why various institutional versions of binary logic developed unevenly. This unevenness, in turn, helped to account for the emergence in the 1850s of a genuine oppositional voice: the voice of an organized, politicized feminist movement. Drawing on a wide range of sources-parliamentary debates, novels, medical lectures, feminist analyses of work, middle-class periodicals on demesticity-Poovey examines various controversies that provide glimpses of the ways in which representations of gender were simultaneously constructed, deployed, and contested. These include debates about the use of chloroform in childbirth, the first divorce law, the professional status of writers, the plight of governesses, and the nature of the nursing corps. Uneven Developments is a contribution to the feminist analysis of culture and ideology that challenges the isolation of literary texts from other kinds of writing and the isolation of women's issues from economic and political histories.

Library Service in Black and White Some Personal Recollections, 1921-80

I do not speak carelessly or recklessly but with a definite object of helping the people, especially those of my race, to know, to understand, and to realize themselves. --Marcus Garvey, Halifax, Nova Scotia, 1937 A popular companion to the scholarly edition of The Marcus Garvey and Universal Negro Improvement Association Papers, this volume is a collection of autobiographical and philosophical works produced by Garvey in the period from his imprisonment in Atlanta to his death in London in 1940.

Contemporary American Immigrants provides an overview to the immigration history of three of the largest groups of Asian immigrants to the United States--Filipinos, Koreans, and Chinese. This timely volume addresses such questions as: how do these Asian immigrants adapt to our culture?; to what extent do they adjust and integrate? and are Asian immigrants a credit to American society? Using 1980 census data, the author reviews in detail the social and economic characteristics of these three immigrant groups. He also explores those characteristics for the most recent arrivals--those who came to the United States between 1980 and 1985--using data he collected in 1986 through interviews with 849 Filipino, Korean, and Chinese households. From his extensive research, Mangiafico concludes that the Asian immigrants surveyed and studied are enterprising, well-educated, and motivated individuals who greatly contribute to our society. He thus challenges the notions that immigrants in general are a burden to our society, and that they are changing our culture in ways which are not in the best interests of the United States.

This work covers new ground by presenting a systematic, comparative macro-analysis of the historical experiences of thirteen race and ethnic groups, with emphasis on their economic and political ties to government. It starts with the colonial period (Anglo-Saxons, French, and Scots-Irish) and extends to 1970, which can be considered the date at which civil rights legislation began to have a significant effect.

While the crisis in Central America is receiving attention from scholars in a variety of disciplines, few works have focused on the role of nongovernment organizations in reducing levels of violence in that region. This remarkable case study examines the resilient struggle by workers at the Guatemala Coca-Cola bottling plant from 1976-1986, and documents why this union was able to survive within a repressed government to become a key factor in stimulating a larger independent labor movement in the country. Scholars of political sociology, labor studies, and the governments and politics of Central America will do well to read this volume.

Although race relations in countries such as the United States and South Africa have been extensively investigated, the growing importance of the issue worldwide is not generally appreciated, and no workable framework for research on the subject has been available to scholars. This new study creates such a framework and increases our understanding of the meaning and significance of race throughout the world. Written by a group of experts with firsthand knowledge of race relations in the twenty nations studied, it offers a depth and scope of information that is unique in the literature of the field.

Van den Berghe contends that intergroup relations are reducible to individuals competing for scarce resources. While social classes are grouped according to common material interests, ethnic groups are organized by real or punitive common descent--ultimately on the basis of common interests. The author argues that ethnic nepotism is, at its very foundation, biological. This new approach is expanded further, taking into account how ethnicity is responsive to a wide spectrum of environmental factors. He analytically relates his own ideological biases to the substance of his work. What results is an intensely personal book of monumental scope and admirable intellectual honesty.

Should government try to remedy persistent racial and ethnic inequalities by establishing and enforcing quotas and other statistical goals? Here is one of the most incisive books ever written on this difficult issue. Nathan Glazer surveys the civil rights tradition in the United States; evaluates public policies in the areas of employment, education, and housing; and questions the judgment and wisdom of their underlying premises-their focus on group rights, rather than individual rights. Such policies, he argues, are ineffective, unnecessary, and politically destructive of harmonious relations among the races. Updated with a long, new introduction by the author, Affirmative Discrimination will enable citizens as well as scholars to better understand and evaluate public policies for achieving social justice in a multiethnic society.

Intergroup relations is a contentious issue both inside and outside South Africa, where it has dominated political thinking for the past several decades, and affected the day-to-day lives of all the country's inhabitants. In recent years scholars have recognized the urgency and complexity of the problem posed by intergroup relations and responded to the challenge. This report of the Main Committee of the Human Sciences Research Council represents not merely a scientific analysis of intergroup relations in South Africa but a comprehensive interdisciplinary attempt to address all facets of the issue in a scientifically accountable way. 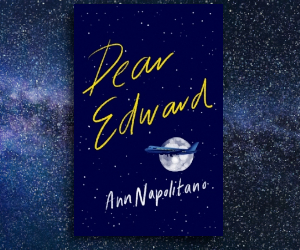